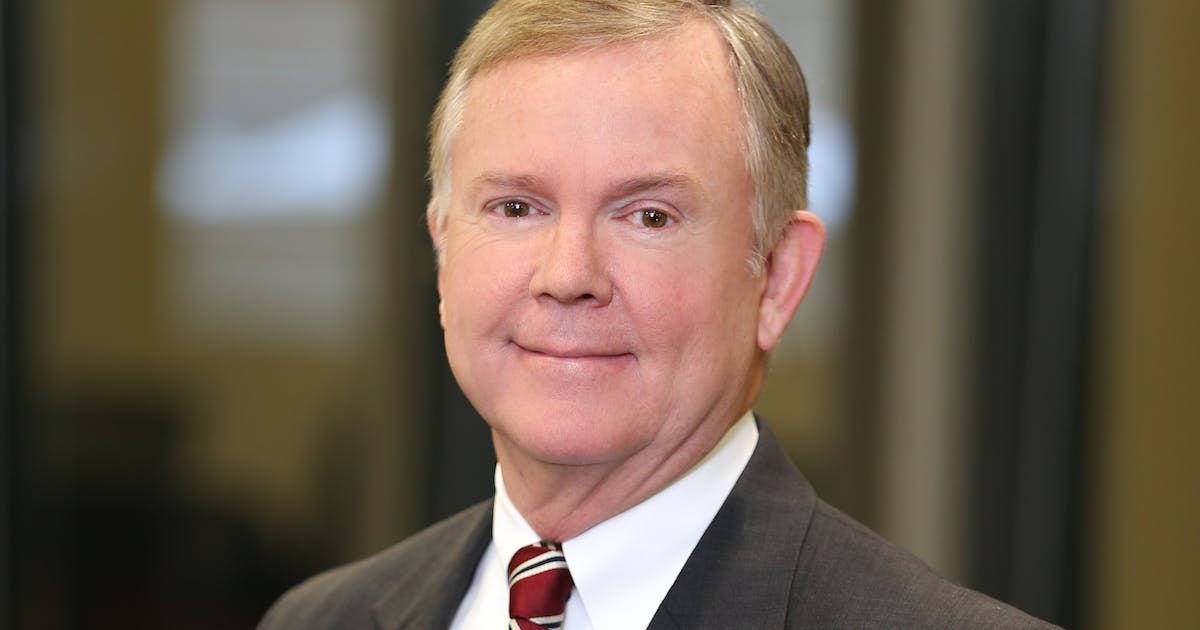 Charlie Weaver will retire this summer as chief executive of the Minnesota Business Partnership after 20 years at the helm of one the state’s most important business leadership groups.

Weaver joined the powerful coalition of business CEOs and university executives in 2003 after stints as a state legislator, chief of staff for former Gov. Tim Pawlenty, and as the state’s public safety commissioner under former Gov. Jesse Ventura.

The affable business leader known for his quick wit and ability to work with politicians on both side of the aisle will remain in his position until a successor is found, probably sometime between June and September, Weaver said.

A search committee has been formed.

Rumors circulated early last fall that Weaver might be considering retiring. But Weaver, who had recently turned 65, said at the time he had not decided and had no plans to announce anything within the next six months.

The persistent rumors, however, became fodder for a spoof video shown at the partnership’s annual dinner at the Minneapolis Convention Center in October.

Starring Weaver himself working his way through a haunted house, the video produced chuckles with the theme that partnership leaders just could not get rid of Weaver despite several villainous attempts reminiscent of “The Shining,” “Fargo” and other Hollywood blockbusters.

All joking aside, on Wednesday Weaver said it was indeed time “to take a breath” from the top job at the organization, whose members include 109 chief executives.

“What I will miss the most are the people,” he said. “They are amazing and focus on the right things.”

Weaver, an attorney, started his career in a private law practice before serving as a prosecutor in the Anoka County Attorney’s Office in the 1990s.

During that time, he prosecuted more than 850 felons. But the past 20 years have been all business.

He has overseen efforts to improve education, narrow the achievement gap for children of color and ensure Minnesota remains a state that can retain and attract Fortune 500 companies and jobs.

The Business Partnership’s members include heads of all 16 of Minnesota’s Fortune 500 companies plus employers such as Mayo Clinic and HealthPartners.

Under his watch, partnership members contributed millions of dollars toward improving education across the state.

Efforts include raising $6 million for the Northside Achievement Zone, raising millions in early childhood scholarships as part of the Minnesota Early Learning Foundation initiative, and helping to expand charter schools in Minneapolis.

Art Rolnick, former Federal Reserve Bank of Minneapolis research director, said he remembers when Weaver joined the board of the Early Learning Foundation. He asked Rolnick to speak to the partnership board about the need to raise money so low-income families could send their kids to quality prekindergarten.

At the time, many executives thought that the children “were not my problem,” Rolnick said.

But Weaver earnestly got other executives and their companies involved. They helped raise $20 million and then lobbied the Legislature, which committed more funds for pre-K scholarships. The state now contributes about $70 million to help 15,000 at-risk kids a year, Rolnick said, noting that Gov. Tim Walz’s new goal is to help 10,000 more.

“Charlie got the business community educated about this,” Rolnick said. While the program is successful today, “I don’t think we could have make it without the Business Partnership — and that was Charlie.”

Partnership Chair Jeff Harmening, who also is CEO of General Mills, praised Weaver for being a champion for Minnesota employers and leaving a legacy of helping the businesses navigate the complexities of policy development and public engagement.

But he added that “while the work of MBP has always been serious, Charlie never takes himself too seriously, a trait that only made him even more effective.”

They helped to bring the Super Bowl to town in 2018, build U.S. Bank Stadium, expand airport services and ensure that companies such as Delta Air Lines continued to maintain strong presences in Minnesota long after Delta bought Northwest Airlines in 2008.

“Charlie played a heavy hand in all that,” Loon said.

Weaver and the partnership also were big on fighting for lower taxes for Minnesota companies. But they were also instrumental in adding “amenities that put Minnesota on the map, creating a sense of community and making Minnesota a place where people wanted to live,” Loon said.

Weaver said he’s “been lucky” to collaborate with friends on both sides of the aisle to help make Minnesota “a great place” to live, work and raise a family.

“To work on things you care about with people you admire and respect — and have some fun along the way — it just doesn’t get any better than that,” Weaver said.

Asked what he will do next, Weaver said he will “wait and see what happens” but noted that “nothing is off the table”.

He may consider consulting, joining a board of directors and would even “count trout for the DNR, if they would let me.” He was told he wasn’t qualified, he jested.

Whatever the next chapter holds, Loon said he hopes Weaver does not go far.