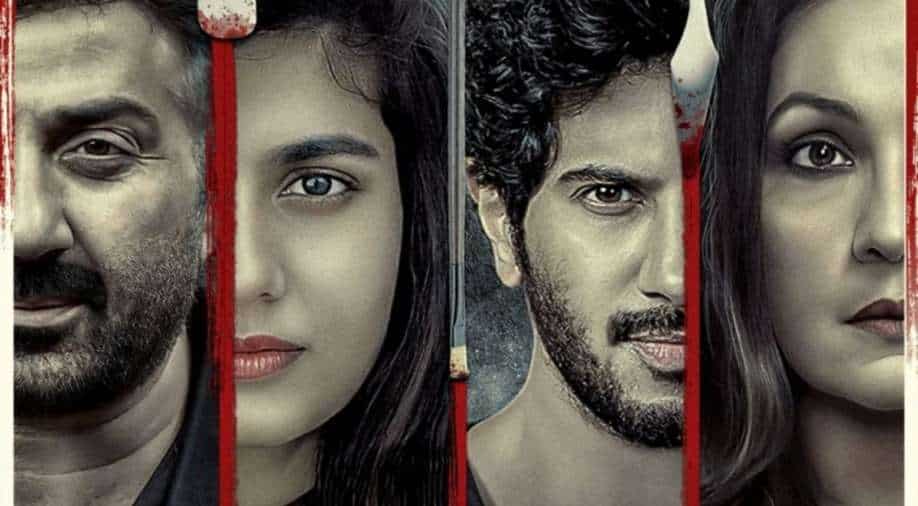 Oh, the joy of watching a film about film reviewers! Actually, R Balki’s slasher film ‘Chup: Revenge Of The Artist’ is equal parts interesting and equal parts scary. Entertaining because it’s a refreshingly new story- which does a hat-tip to Guru Dutt and his last few films and manages to create an intriguing premise for the viewers. Scary because it has a psychopath killing film critics and giving them ratings based in their last review. i should probably word this article well, lest it is taken literally much like the film and my fate is decided accordingly.

In meta-esque ‘Chup’, R Balki writes a love letter to Hindi cinema and also highlights the love-hate relationship that makers share with film critics who with their writing and verdict can make it break a film and the hard work that goes behind making it.

The plot of ‘Chup’

Set in Mumbai, the film opens with a noted film critic found gruesomely murdered at his home. As investigative officer Arvind Mathur (Sunny Deol) sets out to figure out the motive behind the murder, two more film critics are killed. All have stars etched bloodily on their forehead. Meanwhile, a young entertainment reporter Nila Menon(Shreya Dhanwanthary) finds herself falling for her neighbourhood florist Danny(Dulquer Salmaan). Nila is passionate about cinema and aspires to be a film critic eventually. And while she finds herself drawn to the mysterious Danny, who seems to be clueless about films, the police approach her for help to nab the killer who Mathur is sure will strike again as he/she is a ‘critic of the critics’

The killer can be anyone, the motive is unknown and even though the police narrow it down to an angry filmmaker or actor, or a producer, it’s difficult to identify the exact person as the killer leaves no trace.

Written by Balki who has co-written the screenplay with Raja Sen(film critic himself) and Rishi Virmani, ‘Chup’ draws inspiration from Guru Dutt’s last film- a failure called Kagaz Ke Phool’ and ‘Pyaasa’ – another dud and uses it as a metaphor on several occasions. It also takes in instances from the cutthroat world of media where several reviewers are quick to pass judgment and are not always honest in order to get views or maximum clicks.

The curse of second half

A good slasher film usually keeps the viewer hooked till the end. While ‘Chup’ manages to do just that, there isn’t much of an element of surprise in the very linear narrative. Perhaps the build-up to the plot was such that I had hoped for some major twists. But in the second half, the film trudges toward the love story more and the slasher film becomes more of a drama. By the time of the climax, the film becomes quite predictable and you know how it will pan out.

Despite, a sluggish second half, ‘Chup’ is definitely worth a watch. Primarily for its cast, its camera work, and its unique story.

The performances in the film truly are praiseworthy. Dulquer as Danny with a split personality of sorts is stupendous. The role will go down in history as one of his career-best for sure. Dulquer manages to strike a balance with his portrayal of Danny who is vulnerable, slightly weird, and strangely mysterious. Complementing him is Sherya Dhanwanthary, who after ‘Scam 1992’ has now aced the modern, big city journalist role. Shreya makes her Nila look almost like an extension of herself and is natural throughout.

It is refreshing to watch Sunny Deol in a film after ages. Restrained but quick-witted, Deol’s Arvind Mathur brings in a certain calmness to the eerie premise overall. There is also Pooja Bhatt in an extended cameo. The ensemble cast makes Chup a very interesting film to watch.

The film also has amazing camera work by Vishal Sinha who captures Mumbai’s Bandra area in all its glory. Poetic and sublime, ‘Chup’ elevates because of its beautiful shots of Mumbai. While Amit Trivedi and Sneha Khanwalkar provide beautiful tunes, it is the usage of SD Burman’s beautiful songs in Guru Dutt’s films that stand out. Classics like ‘Jaane Kya Tune Kahi’ and ‘Dekhi Zamane Ki Yaari’ are beautifully incorporated into the story.

I recommend you to watch ‘Chup: Revenge of the Artist’. It’s an original story, slightly quirky, and has good performances from the entire cast. Guru Dut and SD Burman’s songs are just the cherries on top.