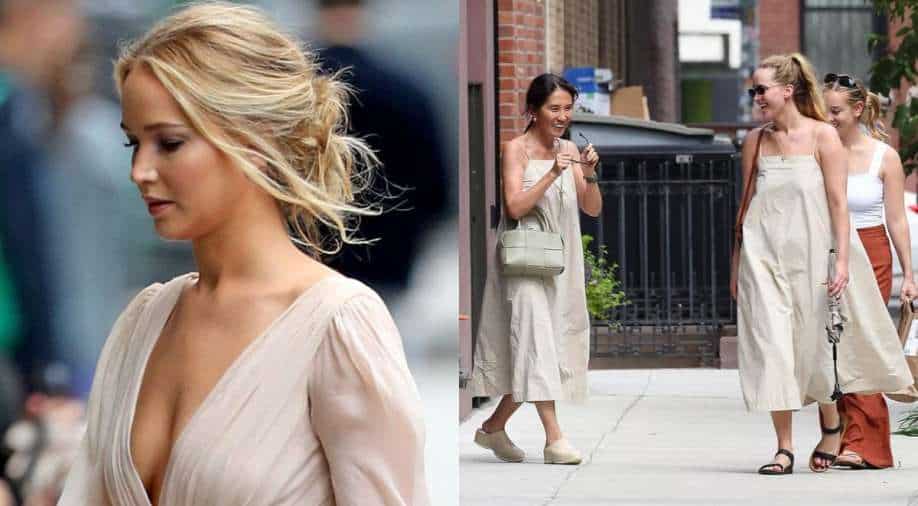 What are the chances of bumping into some stranger on the street wearing exactly what you are wearing that day? Pretty slim, right? Well, for Hollywood actress Jennifer Lawrence that strange and hilarious moment came recently.

On the street of NYC, she found her sartorial twin who was wearing the same strappy sand-coloured midi dress that she was wearing. Pictures of that surprising moment were captured on the lens and the two ladies are seen sharing a hearty laugh in their identical attires.

While Jennifer paired her OOTD with black flats, the stranger wore matching platform heels with her ensemble. The actress had an umbrella in her hand and she had accessorised her outfit with a gold chain and round black sunglasses.

Check out the viral photos below.

The beige summer dress by 6397 retails for $625. It is currently out of stock. The indie designer label is a bit obscure and to find someone wearing the same exact piece on the street is quite surprising.

On the movie front, Jennifer Lawrence will be next seen in Lila Neugebauer’s directorial ‘Causeway’, which also stars Brian Tyree Henry.

The film’s world premiere will be held at the 2022 Toronto International Film Festival in September 2022.