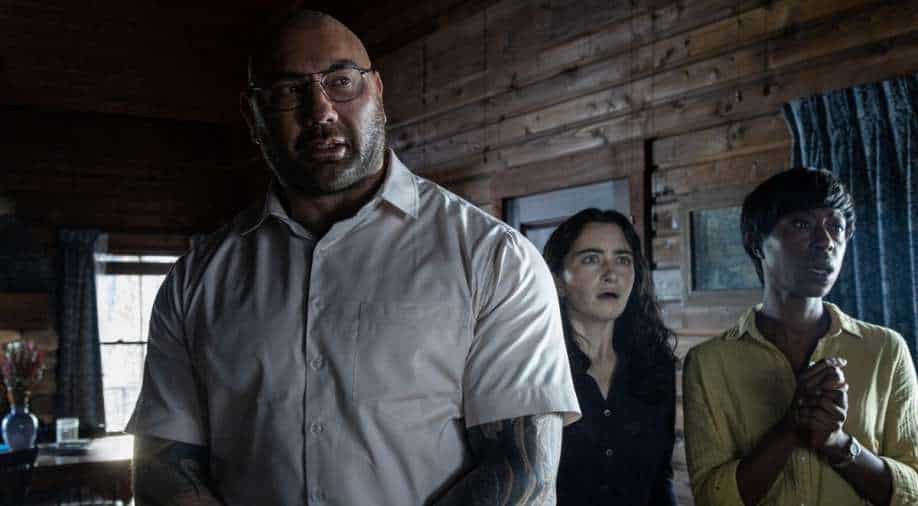 M Night Shyamalan has been out of form for quite some time. But he is a filmmaker whose ‘failures’ sometimes become cult hits. Even his bad movies are somewhat watchable. ‘Knock at the Cabin’, whose trailer we are here to discuss, is a psychological horror film based on the novel ‘The Cabin at the End of the World’ by American author Paul G. Tremblay. The film has a strong cast and puts an interesting twist on your typical home invasion thriller. A couple and their child goes on vacation in a remote forest, only to be attacked by four strangers armed with a variety of makeshift weapons.

The twist is, the strangers are not really stone-cold killers. They have, or at least they believe they have, a purpose: save the world. And saving the world apparently means… we don’t really know but perhaps a violent sacrifice. Otherwise, the apocalypse will come. It is not clear yet whether what the strangers (played by Dave Bautista, Nikki Amuka-Bird, Abby Quinn, and Rupert Grint) believe is true. But they believe it. When we see them in the trailer first, standing together, their eyes are tearful and there is pain on their faces. They don’t like what they are doing. But they think there is no other alternative.

The official synopsis reads, “While vacationing at a remote cabin, a young girl and her parents are taken hostage by four armed strangers who demand that the family make an unthinkable choice to avert the apocalypse. With limited access to the outside world, the family must decide what they believe before all is lost.”