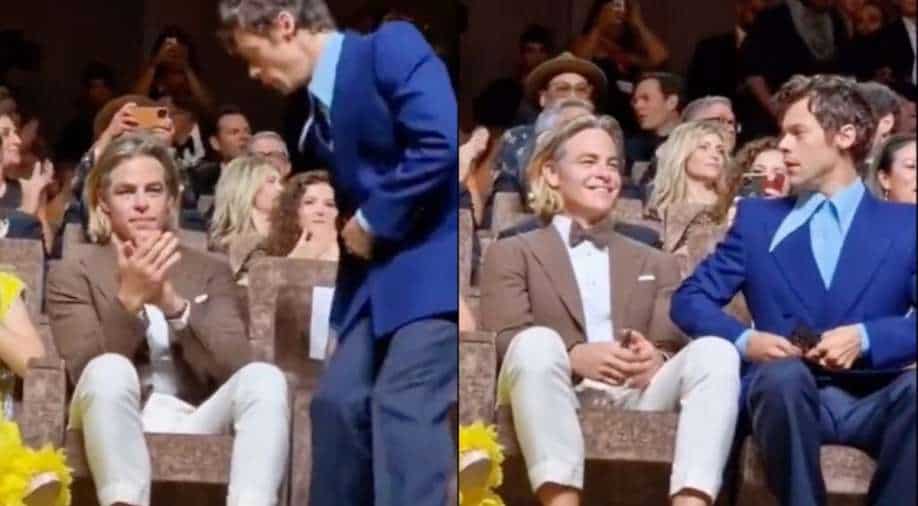 ‘Don’t Worry Darling’ is all set to hit theatres soon, but amidst all, the makers of the phycological thriller are only busy refuting the controversies that their film is surrounded by – whether it’s a spat between director Olivia Wilde and lead actress Florence Pugh or the viral ‘spit gate’ moment.

However, during Wilde’s recent appearance on CBS’ The Late Show with host Stephen Colbert, she has finally addressed the viral spit moment between the lead actor of her movie Harry Styles and Chris Pine during the world premiere of her film at the Venice Film Festival.

Reacting to the viral moment that led to online chatter, the actor turned director told the host, “No, he did not. But I think it’s a perfect example of, like, people will look for drama anywhere they can. Harry did not spit on Chris, in fact …”

By shutting down all the internet theories both the actor’s Styles and Pine, have also reacted to the video.

Chris pine just wondered where his sunglasses were after the applause. And he zoned out (likes he’s been doing all day) and realised it’s in his lap. So I am sorry to say harry styles did not spit on him. pic.twitter.com/7b4GoCvnHJ

Calling the video, ”a complete fabricated story”, Pin’s rep issued a statement to Variety, “This is a ridiculous story — a complete fabrication and the result of an odd online illusion that is clearly deceiving and allows for foolish speculation. Just to be clear, Harry Styles did not spit on Chris Pine. There is nothing but respect between these two men and any suggestion otherwise is a blatant attempt to create drama that simply does not exist.”

The film, which premiered at various film festivals across the globe, has so far garnered mixed reviews from critics and will release in theatres on September 23. The second feature film of Olivia’s career is set in the 1950s and follows the story of a young couple Alice and Jack and their mysterious relationship.