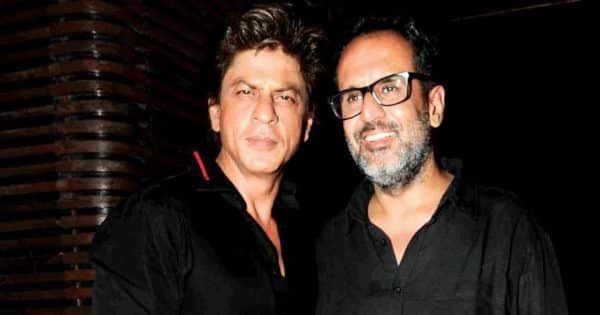 Shah Rukh Khan was last seen on the big screen in the 2018 release Zero which was directed by Aanand L Rai. The film received mixed reviews from the critics and was a disaster at the box office. However, Rai has always spoken up about the film even after its failure. Recently, in an interview, the filmmaker opened up about working with Shah Rukh Khan again. So, are Aanand L Rai and SRK teaming up again after Zero? Read on to know that… Also Read – Samantha Ruth Prabhu, Hrithik Roshan, Deepika Padukone and other 7 celebrities who battled severe health issues

While talking to India Today about working with SRK again, Rai said, “We are working really hard to reach him now, we are working towards it. Maybe it will take a few more years or if tomorrow we have a story which he likes, we will be there. He is all heart.” Also Read – Makar Sankranti 2022: From Raees’ Udi Udi Jaye to Kai Po Che’s Manjha, celebrate the festival of kites in Bollywood style

Aanand L Rai mainly collaborates with writer Himanshu Sharma, and while talking about the failure of Zero, Sharma told the portal, “Khan saab (SRK) used to say this, ‘there will be many people that you work with who talk about success but nobody can teach you failure better than Shah Rukh Khan and I am telling you that never lose this madness.’ We owe this to him and that is why we never shied away from telling another tricky story (Atrangi Re). We could have easily gone to a very easy subject, but we stayed true to what we are.” Also Read – Makar Sankranti 2022 binge: Films starring Salman Khan, Shah Rukh Khan, Ajay Devgn and more on OTT that showcase kite flying festival

Talking about SRK’s movies, the actor will be seen in films like Pathan and Atlee’s next. The shooting of Pathan is currently going on and reportedly, it will be wrapped up by March this year. Last month, on his birthday, while talking to the media, Salman Khan had revealed that his movie Tiger 3 will release in December 2022, and Pathan will release before that. However, YRF has not yet made any announcement about the release dates.