Skip to content
HomeNewsA team of Ukrainian medics navigates life and death on the battlefield. 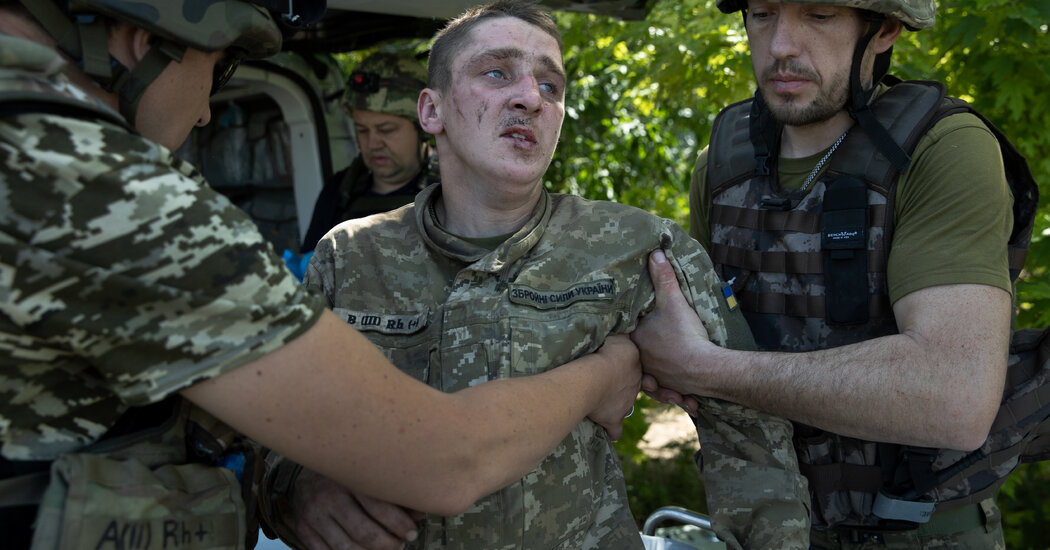 DONETSK REGION, Ukraine — Between the cracks of mortar fire and the metallic bangs of Russian self-detonating mines, Yurii, a Ukrainian Army medic, readied an intravenous line for the soldier sprawled on the stretcher below him.

The soldier looked to be in his mid-20s. His face was smeared with dirt and fear.

“Do you remember your name?” Yurii asked.

“Maksym,” the soldier whispered back.

Earlier that morning Maksym had been under a Russian bombardment at the front in eastern Ukraine that had left him severely concussed. Yurii and other Ukrainian medics were tending to him at an aid station barely removed from what has come to be known as the ‘zero line,’ where the shelling is relentless.

Daily afternoon thunderstorms had soaked the country roads and wheat fields of Donbas, a swath of rolling fields and coal mining towns that has been the focus of Russia’s military campaign in Ukraine. The sheets of rain turned the bottom of Russian and Ukrainian trenches there into slick mud.

Maybe that is why Maksym was above ground Wednesday morning, having decided to dry out after a damp night.

It is not clear what transpired in the minutes before Maksym was wounded. He was still in shock when his comrades hoisted him out of a pickup truck and handed him to Yurii’s medical crew and the waiting olive drab van-turned-ambulance several minutes later.

“You’re safe,” said Yurii, a former anesthesiologist who was once the deputy head of a children’s hospital in Kyiv, the capital, before Russia invaded. He gave only his first name for security reasons.

“You’re safe,” said Sasha, another medic who had tough hands and a background in massage therapy.

Maksym and his caretakers were certainly not safe.