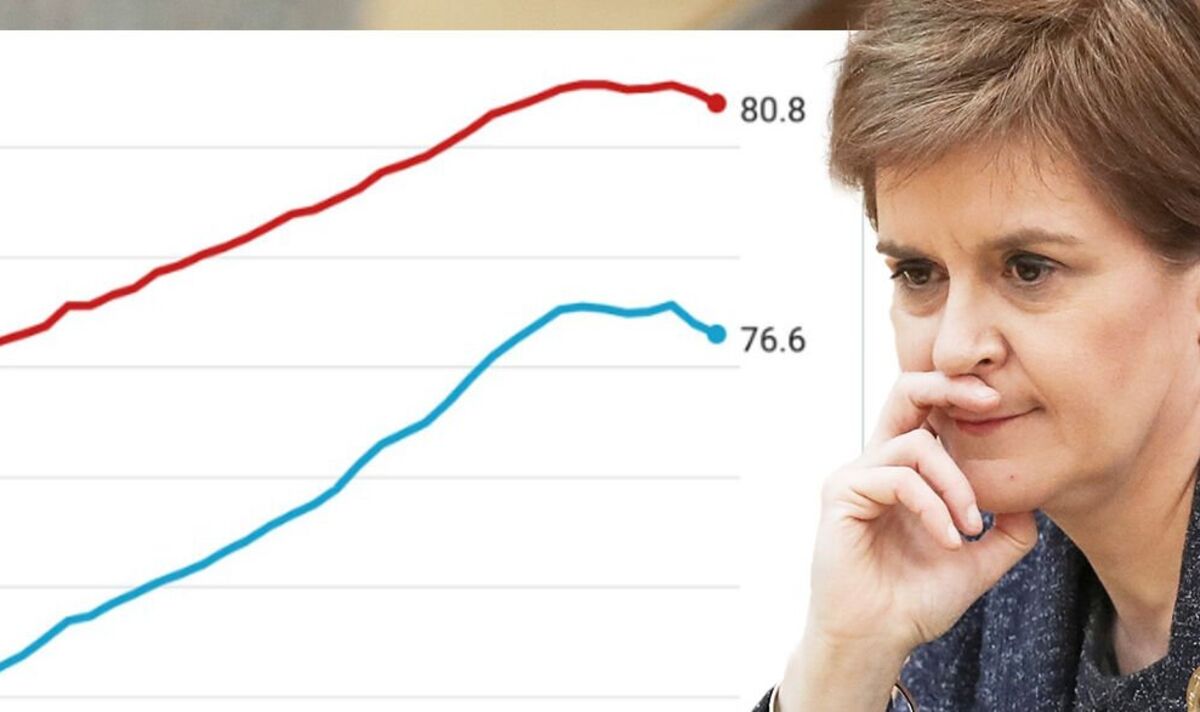 Nicola Sturgeon has been blasted for the state of the NHS in Scotland as new “absolutely shocking” official figures revealed today show that Scots life expectancy is continuing to drop under her watch. For the third year in a row, the figures from the National Records for Scotland have shown that both men and women on average are dying sooner.

The average age of a woman when she dies in Scotland is now 80.8 years while for a man it has fallen to 76.6.

This compares to an average UK life expectancy of 79.3 years for men and 83 for women.

It comes amid huge concerns over failures by Nicola Sturgeon’s Scottish Government since the SNP took power 15 years ago in 2007.

The Scottish First Minister has already had to explain the highest drug death rates in Europe in Scotland which rose to a record 1,330 last year and is now more than three times the rate it was when the SNP seized power 15 years ago.

Meanwhile, serious questions have been asked about the state of the NHS in Scotland with more than 600,000 Scots waiting more than a month for treatment.

He said: “What is even more disturbing is that it is actually getting worse under Nicola Sturgeon’s watch.”

The veteran Scottish Conservative MP warned that the figures and decline in the NHS were a direct result of the SNP’s obsession with getting another independence referendum.

Mr Mundell said: “The health service and people’s wellbeing in Scotland should be the number one priority of the SNP Scottish Government.

“But Nicola Sturgeon and SNP ministers continue to be distracted by their obsession with the independence referendum instead.”

He went on: “The overall NHS figures in Scotland are shocking in their own right. A&E figures are a disaster.

“It is proof that the SNP Scottish Government isn’t working.”

Liz Truss reverses National Insurance hike giving Britons £330 a year [REVEAL]
Do you think a trade deal with US is a priority? POLL [REACT]
Queen fought racism and changed Commonwealth, Gabon was proud to join [INSIGHT]