The Israeli Air Force will host a massive, multi-national aerial exercise beginning next week and lasting through the end of the month, which will include fly-bys over Jerusalem and Tel Aviv, the military said Thursday.

A variety of fourth- and fifth-generation aircraft will take part in the drill, including the F-35, F-15, Eurofighter, Dassault Rafale and
Dassault Mirage 2000.

“The goal of the exercise is strengthening the strategic, international cooperation, learning and deepening the coordination of fifth- and fourth- generation airplanes in a challenging operational environment, with an emphasis on strengthening and building up the operational capabilities of the air forces,” the IDF said in a statement.

“During the exercise, the participants will simulate in-air battles and ground-to-air battles, and will practice dealing with the threat of advanced surface-to-air missiles and combat behind enemy lines,” the military said. 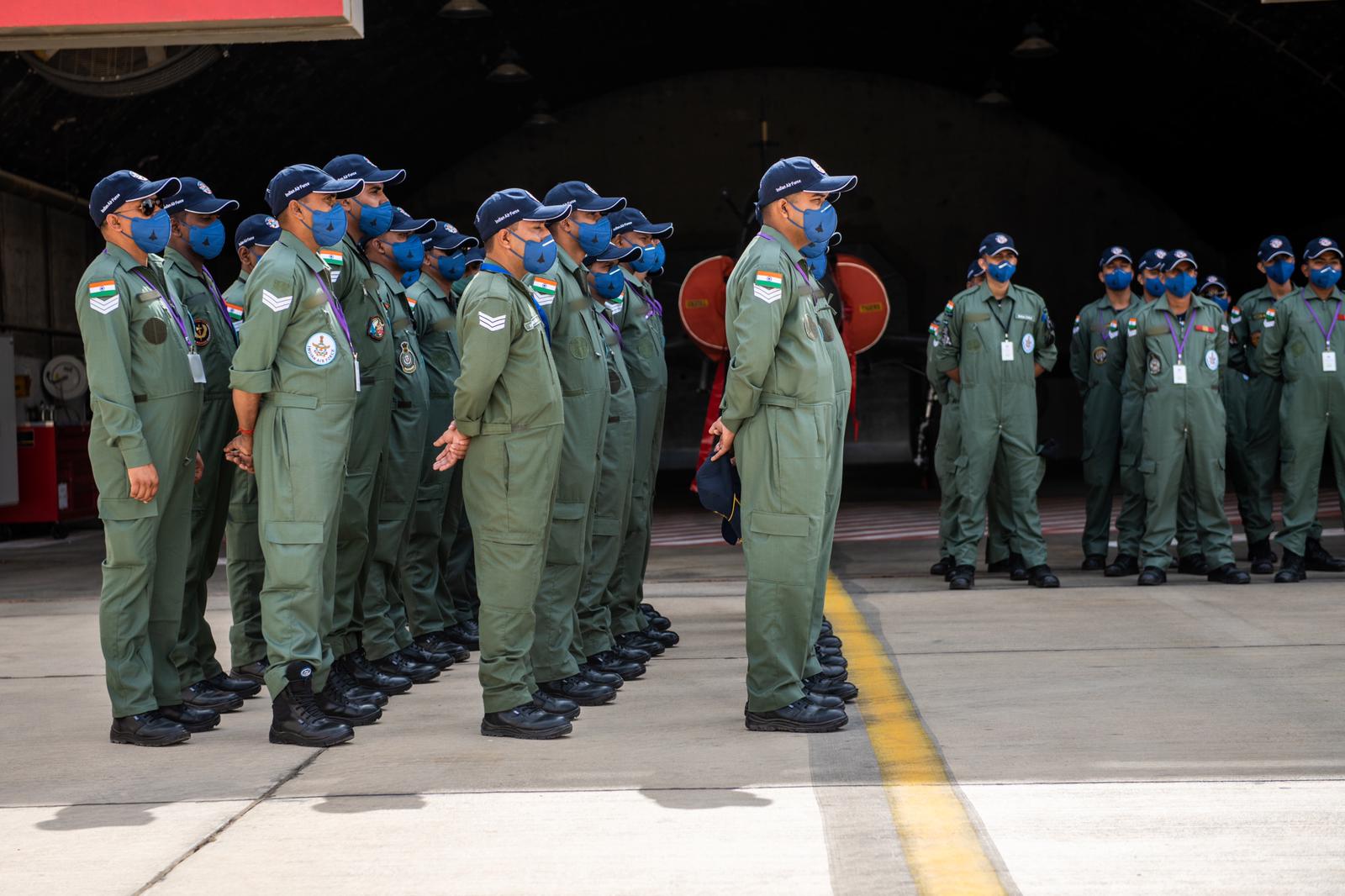 Indian airmen stand at attention at the Israeli Air Forces’ Ovda air base, ahead of the Blue Flag exercise in October 2021. (Israel Defense Forces)

“We live in the most complicated environment, with threats against the State of Israel from Gaza, Lebanon, Syria and Iran, which are getting greater. Holding this international exercise, in the current reality, while continuing to conduct operational activities — overt and covert — on all fronts is of the utmost strategic importance,” IAF chief Amikam Norkin said.

“The exercise is at a high point in terms of the extent of participating countries, the quality of the drill, and the advanced level of the technology. It expresses the strong cooperation and connection with the countries’ air forces and represents fertile ground for regional and international cooperation,” he said in a statement.

Though most of the participants have already landed in Israel, the exercise will formally kick off on Sunday and will conclude on October 28. It will be run out of the Ovda air base, near Eilat. 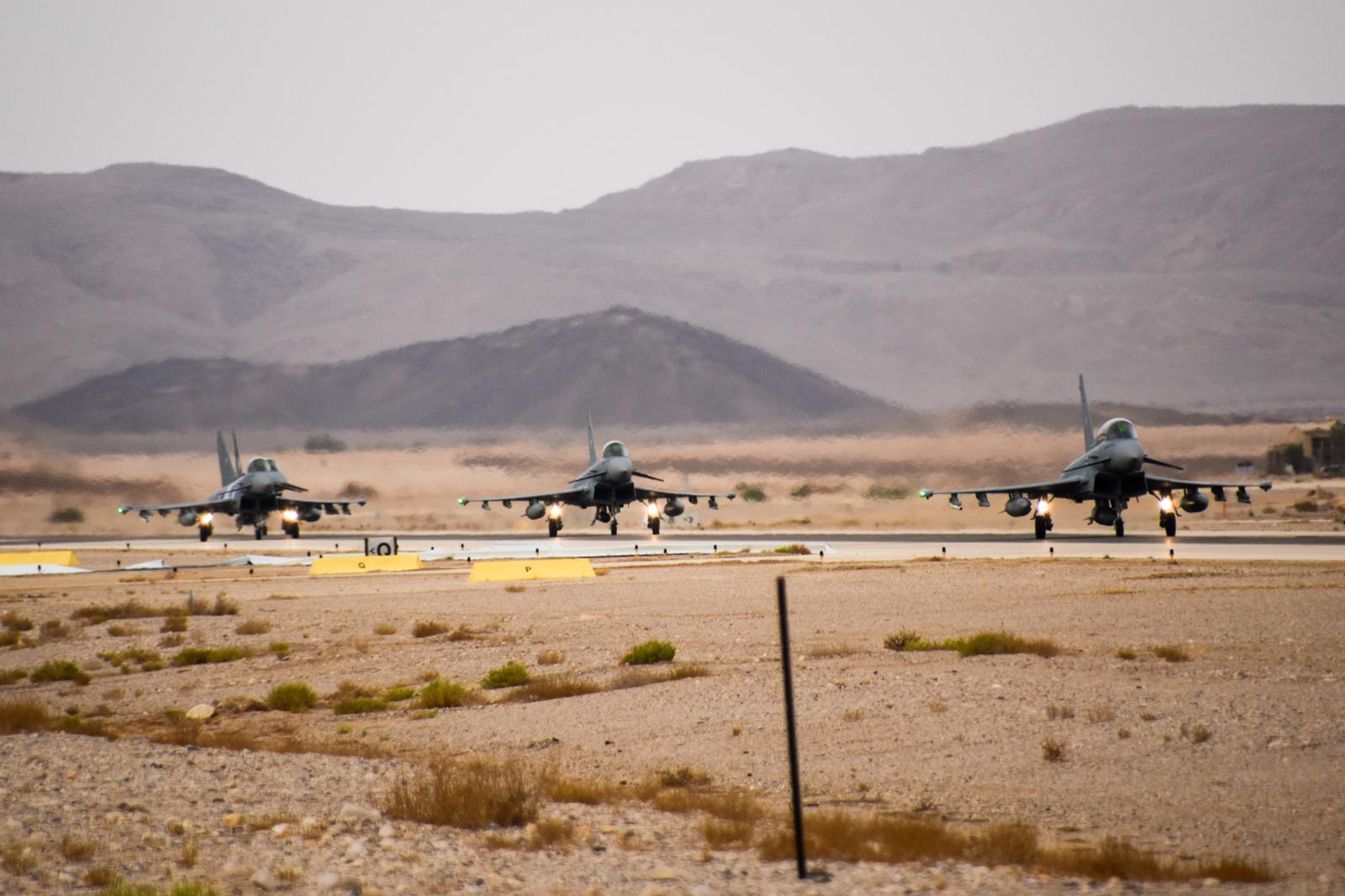 On the first day of the exercise, the Israeli Air Force and German Luftwaffe will conduct a fly-by over Jerusalem at 3:35 p.m. and will use colored smoke to “paint” the skies with the colors of the Israeli and German flags, the military said.

“The fly-by expresses the strong partnership and connection between the air forces and the countries, as well as the commitment to the continued cooperation in the future,” the IDF said. 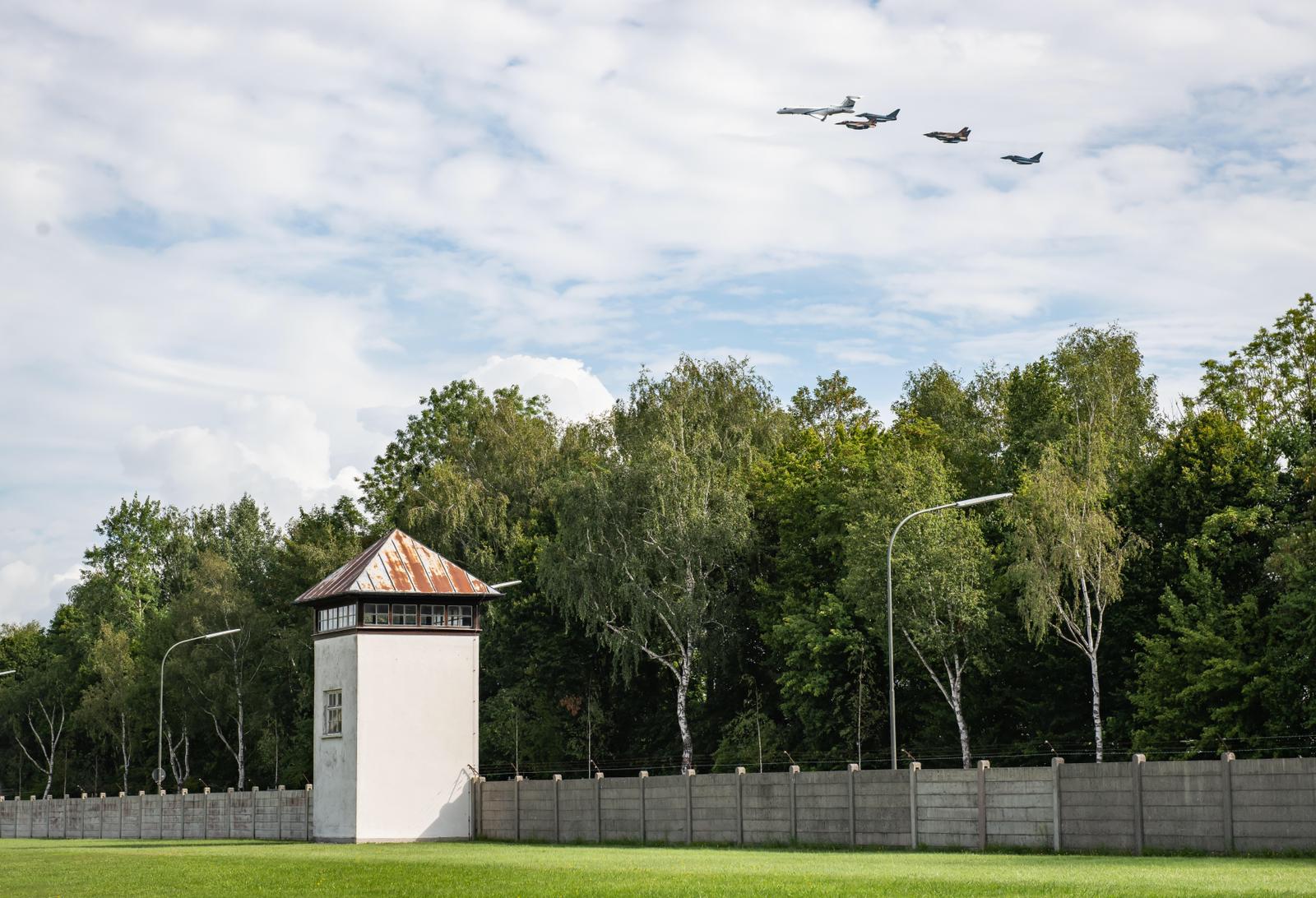 The Israeli aircraft will be led by IAF chief Amikam Norkin, while the German planes will be led by Lt. General Ingo Gerhartz. The two also led a fly-by over the Dachau concentration camp in Germany earlier this year.

Prior to the fly-over, Norkin and Gerhartz will visit the Yad Vashem Holocaust museum in Jerusalem.

In addition, the fighter jets participating in the exercise will perform a separate fly-by over Jerusalem and Tel Aviv, at low altitude, on Sunday afternoon, the military said. Aircraft will be seen over Tel Aviv at roughly 4:45 p.m. and over Jerusalem from 4:30 p.m. to 5:00 p.m., the IDF said.

The IAF last hosted the Blue Flag aerial exercise in 2019, with representatives from the US, Greece, Germany and Italy taking part.

The Israeli Air Force credits the biennial Blue Flag exercise and other international aerial drills with improving its capabilities, as it both allows Israeli pilots an opportunity to see how other air forces operate and also teaches them to effectively communicate with foreign pilots and crews, something that may come in handy if Israel ever participated in a multi-national military operation.

On a larger, strategic level, these international exercises also strengthen diplomatic relations between the participating countries.