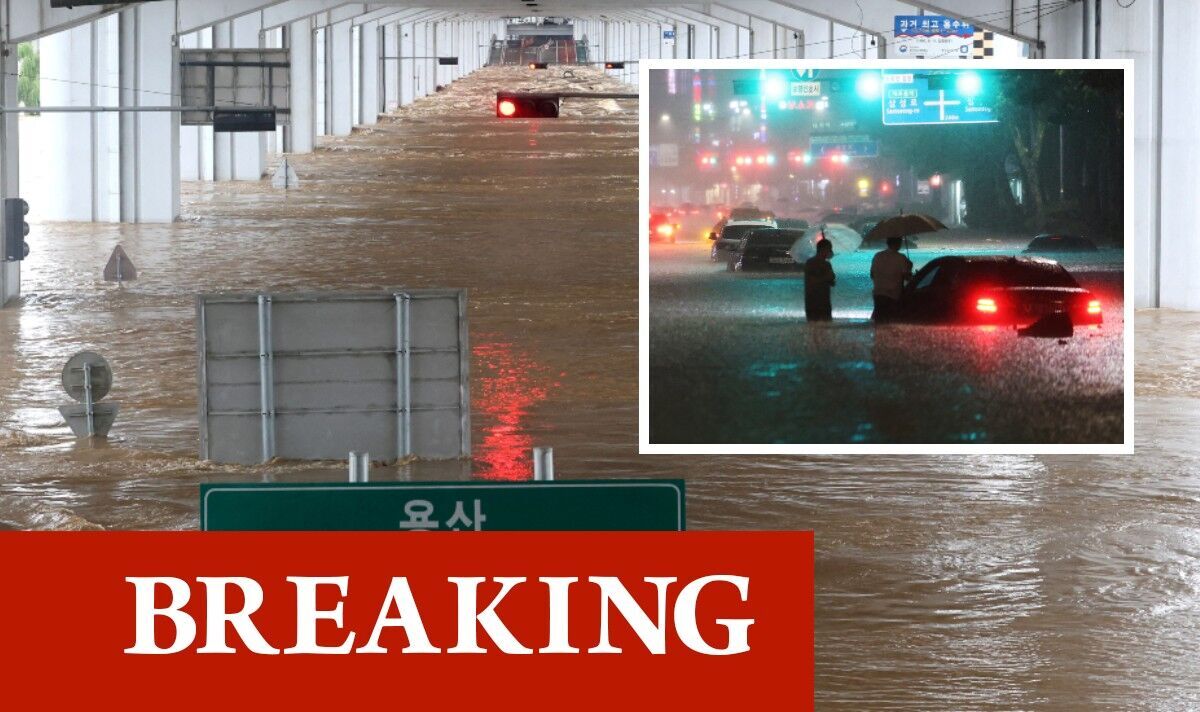 The torrential rain forced many people out of their homes in an emergency evacuation on Monday might, with power also being cut, CNN News reports. Pictures from the scene show cars entirely submerged in the water, with levels reaching people’s waists in some instances. South Korea’s Interior and Safety Ministry has confirmed three of the eight who ided were trapped in a flooded semi-basement. Nine others were hurt and six people are still classed as missing, the ministry has said.

The downpours began hammering Seoul from midnight local time, where parts of the captial saw a total of 16 inches of rain.

This triggered a Level 3 emergency alert – the highest of them all, with a total of 141.5 mm of rain falling per hour.

It’s reported this is the highest rate since records began.

By this morning (August 9) the flooding has reduced, but the aftermath has seen vehicles strewn across roads causing morning rush hour traffic.

Evacuation efforts were huge, with 800 residents told to congregate in schools or gyms – while others took themselves off to shelters in local community centres.

A total of  741 houses and shops have been affected, according to authorities.

International reports say drains failed, sending water pouring into the streets and filling subway stations, forcing many to close. Some lines were temporarily suspended with some lines still disrupted into the following morning.

CNN said: “Several regions south of the Han River were worst affected, including the wealthy, modern Gangnam district where some buildings and stores were flooded and lost power.”