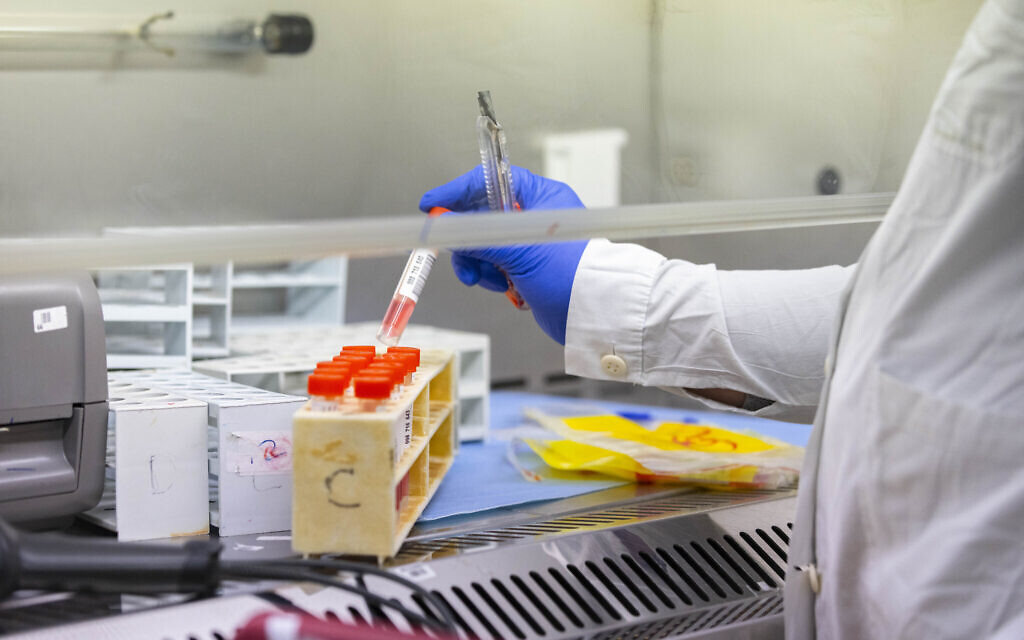 The Health Ministry on Thursday announced several cases of a sub-variant of the Omicron strain of the coronavirus have been found in Israel.

According to the Kan public broadcaster, at least 20 such cases have been identified in the country.

BA2 has already been identified in several countries and carries additional mutations beyond those possessed by Omicron.

It is not currently known whether BA2 is more dangerous than Omicron.

“At this point, there is no evidence that indicates it behaves differently from Omicron. The Health Ministry will update the public on any relevant developments,” the ministry said in a statement.

Meanwhile, the Omicron virus variant has raced across Israel over the past week, leaving the country with 259,223 active patients, 228,044 of whom were diagnosed over the past seven days — a rate three times higher than the previous week. The rampage has left 188,899 Israelis in quarantine due to exposure to an infected person, ministry figures showed Thursday.

The number of patients seriously ill with COVID-19 has risen by 90 to 289, according to Health Ministry daily figures.

Of the 882 patients hospitalized in Israel with COVID-19, 89 are considered critical and 72 are on ventilators.

Of the 402,979 virus tests carried out on Wednesday, 11.99% — or 48,311 —
confirmed infection, the newest data showed, in a continuation of the high positive rate seen over the past week. The number of tests was close to the highest ever in a single day, which was recorded in August last year, but at that time the positive rate was only around 6%.