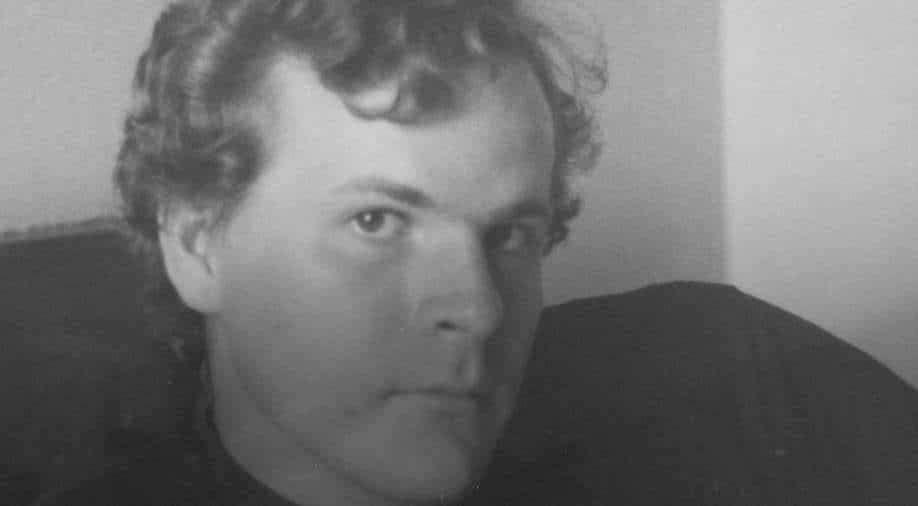 More than 30 years after the body of Scott Johnson, a 27-year-old mathematician from the United States, was found at the bottom of a Sydney cliff, the man accused in the death was convicted Thursday of murder.

A surprising admission from the defendant, Scott White, 50, earlier in the week cleared the way for the judge to convict him in the 1988 case, bringing to an end a decadeslong fight by his brother, Steve Johnson, to find the perpetrators behind his brother’s death.

“It’s over, finally,” said Steve Johnson, an American tech entrepreneur. “This 33-year odyssey has come to a conclusion.”

Scott Johnson, who was gay, was a doctoral student at the Australian National University in Canberra when he was killed Dec. 8, 1988. He had moved to Australia to be with his partner and had applied for permanent residency.

When his body was found in an area frequented by gay men, Australian police initially ruled the death a suicide. His brother was skeptical and he pressed officials to reopen the case. Former Australian officials have said the police at that time were often hostile toward gay men and did not properly investigate their deaths.

Steve Johnson hired an investigative journalist to look into his brother’s case after he became aware of a 2005 inquest into the deaths of three men from the same period under similar circumstances. He successfully petitioned for a second inquest in 2012, which overturned the suicide ruling and recommended police reinvestigate the case.

In 2017, a third inquest concluded that Scott Johnson was the victim of an anti-gay hate crime and fell off the cliff as a result of actual or threatened violence. The next year, the New South Wales police began an investigation, offering a reward of 1 million Australian dollars, currently the equivalent of about $730,000, for new information.

In May 2020, police charged White with Scott Johnson’s murder. White originally pleaded not guilty, but on Monday, Steve Johnson said, White stood up at a pretrial hearing and said “firmly and emphatically, ‘Guilty, I’m guilty, guilty.’”

“No one was prepared for that, including me,” said Steve Johnson, who had traveled to Sydney from the United States to attend the hearing.

The hearing was adjourned. In the following days, White’s attorneys tried to have his admission thrown out, arguing that their client suffered stress and anxiety and had an intellectual disability, local news media reported. But the court heard that White had noted his intent to change his plea on several earlier occasions, and the judge contended that he spoke in a determined and firm manner.

On Thursday, he was convicted of the murder, and the sentencing hearing is scheduled for May.

At the time of his arrest, local media reported that White was from Sydney and lived alone with his dog in a small apartment. Police had been expected to say in court that he had met Scott Johnson at a hotel before they headed to the cliff together, local media reported.

White’s attorneys have indicated they will appeal, according to local news media. But in Steve Johnson’s mind, the case is over. “I’m grateful to Scott White for sparing us the trial, sparing us the months, sparing us more uncertainty,” he said.

A member of White’s defense team did not immediately respond to an emailed request for comment.

Steve Johnson said that one of the most touching moments during the hearing was to hear the judge refer to his brother as “Dr. Johnson.”

His brother had nearly completed his doctorate, but his degree was granted posthumously, so “to hear the judge pay him the honor of calling him doctor, it was wonderful,” he said.

Dozens of cases similar to Scott Johnson’s are still under review. Since 2013, police have been looking into the deaths of 88 men between 1976 and 2000 to determine if they should be classified as anti-gay hate crimes. About 30 remain unsolved.

In November, the New South Wales government announced it would conduct an inquiry into gay and transgender hate crimes between 1970 and 2010.

Steve Johnson hoped his brother’s case could provide guidance for the inquiry.

“They now have a model to follow. They now have some hope that you can solve a 30-year-old case,” he said. “I feel like my brother would be really proud.”