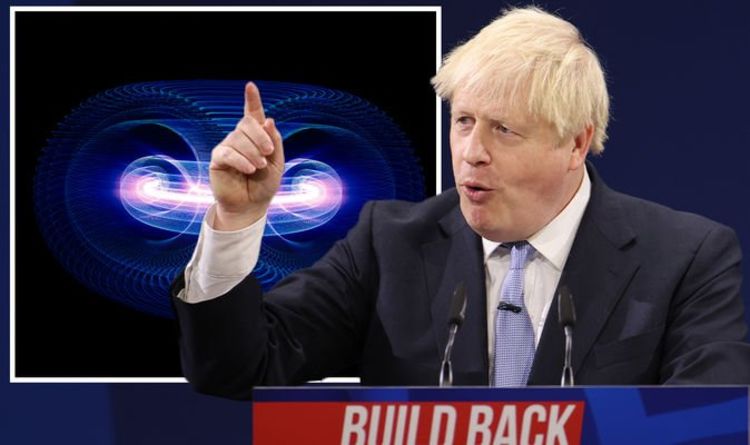 JET was the world’s first device to achieve controlled fusion with deuterium and tritium.

However, the reactor is set to be surpassed by the International Thermonuclear Experimental Reactor (ITER) in France, which is being built as a proof-of-concept for large-scale, carbon-free fusion power.

A final decision on the UK’s new prototype reactor is to be made in 2022 with the aim of going operational in 2040.

The Government announced plans to invest in nuclear fusion in 2019, with £200million put towards the Spherical Tokamak for Energy Production (STEP).

Not only does STEP aim to generate net electricity, but the site will also demonstrate how fusion plants are maintained and sustained.