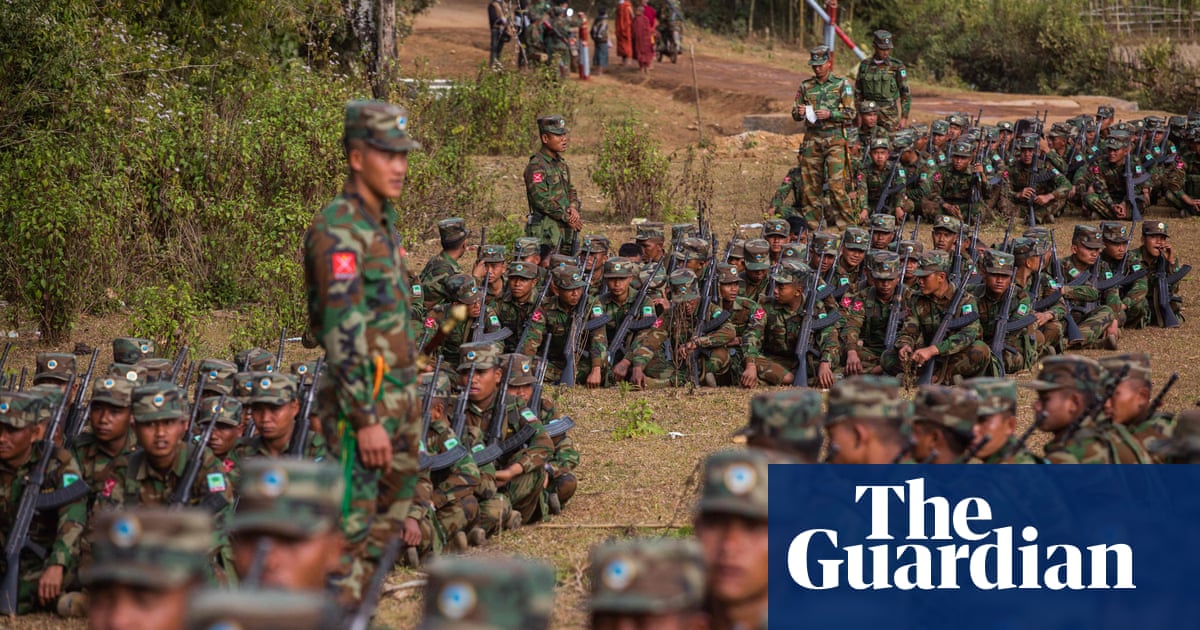 Nan and her family had just one hour to gather their belongings and prepare to flee their home. A charity had offered to drive them away from Loikaw, the capital of eastern Myanmar’s Kayah state, to relative safety. She considered staying behind, with the plants, dogs and pigs that she had raised, but knew she had to leave.

Since last week, Loikaw has seen intense fighting between groups opposed to last year’s military coup and the armed forces, which have launched airstrikes and fired artillery. An artillery shell had dropped near Nan’s fence, terrifying her cousin’s children, who ran to hide under their bed. “It was so loud,” she said. “My grandma was shocked and sweating, we had to give her medication to calm her down.” Other homes in Nan’s neighbourhood have been hit.

The UN estimates that half the population of Loikaw have been forced to leave their homes, and that almost 90,000 people from Kayah state, formerly known as Karenni state, are displaced. Estimates by local media and a rights group are far higher, suggesting up to 170,000 people in Kayah, more than half of its population, have left their homes.

Almost one year since the military seized power in Myanmar, the junta faces widespread and defiant opposition to its rule, and to the heinous violence it has inflicted on the public. Alongside a peaceful protest movement, people across the country have resorted to taking up arms, sometimes with support from established ethnic armed organisations.

The military is now battling armed groups on multiple fronts. This includes in Kayah state, where it has been met with strong opposition, and has in turn launched brutal crackdowns. In December, more than 30 people, including children, were killed and their bodies burned in a massacre on Christmas Eve.

On 7 January, a day after fighting intensified, Nan, 26, left her home along with her grandmother – who was in ill health – her parents, cousins and their children.

The drive to Shan state, where they sought refuge, would normally take three and a half hours. Instead, it took the family three days. Fighting forced them to stop and take shelter on the way, only for the attacks to then become so close that there was no option to move again. “They continuously launched behind us as we moved forward,” she said.

Ba Nyar, a spokesperson from Karenni Human Rights Group, said the situation was the most severe he had seen in the state and that 170,000 people are displaced. Many had sought refuge in Buddhist temple compounds, schools and community halls, he said. But people were struggling to access food or basics such as blankets or makeshift roofs to provide shelter at night, he added.

After the recent escalation in fighting, the military has stopped all trucks coming in and out of Loikaw, cutting off supplies, said a volunteer at a refugee camp where about 100 families are sheltering. According to a report by the independent outlet Myanmar Now, the military has also cut off electricity to several areas of Loikaw, halting water supplies and wifi coverage.

More than 650 houses and other civilian properties, including churches, monasteries and schools have been burned down or destroyed in Kayah state since May 2021, according to reports cited by the UN.

This week, the UN special rapporteur for Myanmar, Tom Andrews, called on the junta chief, Min Aung Hlaing, to “immediately halt the air and ground attacks that junta forces have unleashed on Loikaw”, to lift the blockade of those seeking to escape and allow access for those seeking to provide aid and shelter.

The UN’s children’s agency, Unicef, said it was gravely concerned by the escalating conflict and condemned the killing of at least four children across the country, and the maiming of others over the past week. Among those injured are a 12-year-old girl and 16-year-old boy from Loikaw, who were hit by heavy weaponry “following intense airstrikes and mortar attacks”, according to Unicef.

Phil Robertson, the deputy director of Human Rights Watch’s Asia division, said the military had “clearly decided to make an example of Loikaw, hitting it with indiscriminate artillery and aerial bombardment that puts civilians at serious risk of grievous harm”.

“Humanitarian assistance is urgently needed, and NGOs, UN agencies and donors should bend over backwards to get assistance to displaced persons who require it,” he said.

Few remain in Loikaw. One resident who is still in the city said there was shooting on Wednesday evening until 9pm, and that three military helicopters were seen in the sky. “I have to stay very quiet inside my house for my safety and eat what I have,” he said. “I gave everything else to my family.”

He stayed in the city to watch over the family home, but will leave if fighting worsens. “I think we can still leave, but there are many military soldiers hiding on the roads,” he said.

Nan’s family were stopped twice at checkpoints before they eventually reached relative safety in Shan state. Her grandmother, who had heart problems, died before they arrived. Nan believes it was the shock and trauma caused by the sound of the firing of artillery shells.

Even as the family tried to pause their journey to hold a funeral for her at a nearby town, they were again forced to leave immediately due to worsening violence. Residents from the area were also forced to flee.

Nan has considered returning home. As she drove past the mountains at the back of a truck, she longed to go back. “If my parents are safe, I’d like to go back there even if I have to move from one place to another when fighting takes place in the town,” she said. “I miss home so much.”