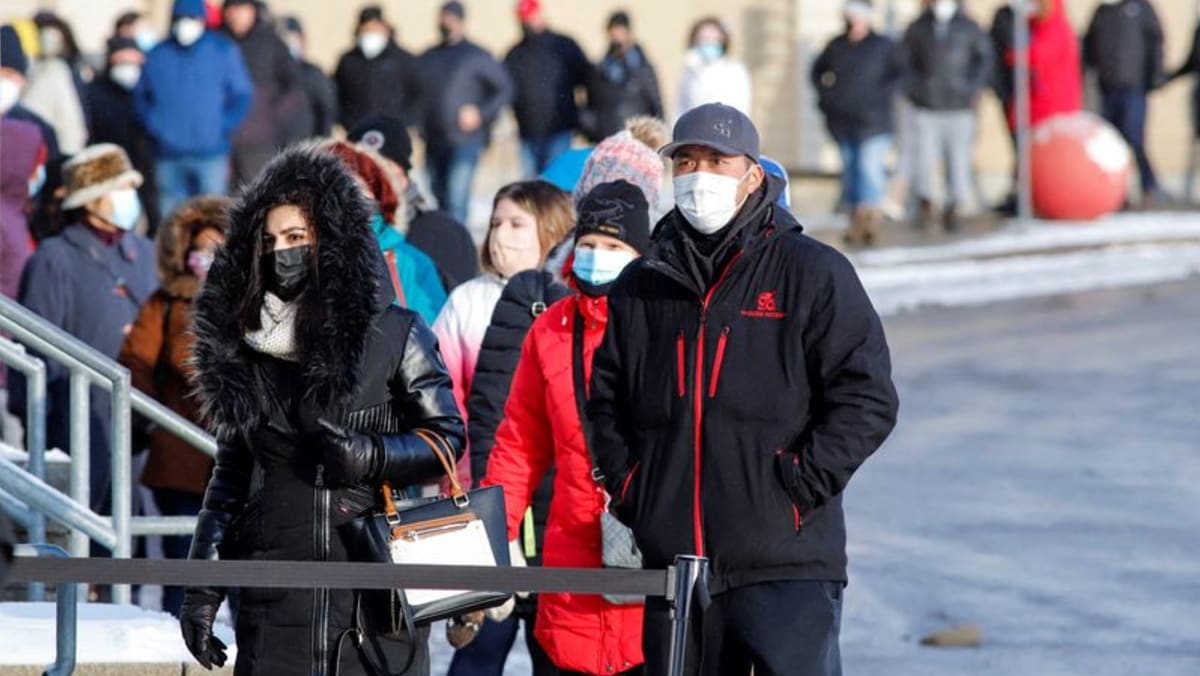 OTTAWA: Canada will see a surge in cases of the Omicron variant of COVID-19 in coming weeks which could put significant new strains on the healthcare system, chief public health officer Theresa Tam said on Friday (Jan 14).

Tam told a news briefing that scenarios suggested the wave might peak before receding into February.

New daily cases of COVID-19 have jumped to a record 37,500, which is most likely much less than the true number, given constraints in testing capacity across the country, she added.

“A large surge of rapidly accelerating Omicron cases is forecast for Canada in the coming weeks,” Tam said.

Even though Omicron is less severe than the Delta variant it has replaced, it is much more infectious, and the sheer number of new hospitalizations “could result in significant levels of healthcare strain in the coming weeks,” she said.

More than 6.5 million eligible Canadians have had less than two doses of a COVID-19 vaccine, she said. Official data show that 87.6 per cent of those aged 12 and older had received two shots as of Jan 1.