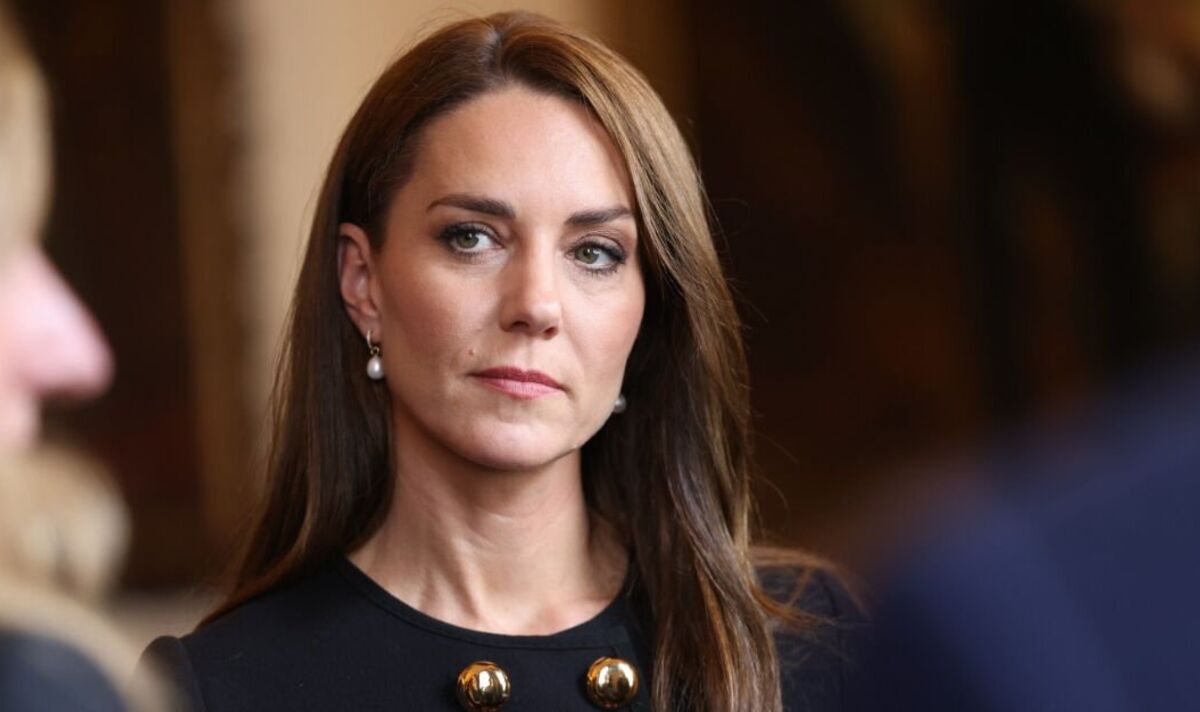 The Princess of Wales has laid bare the impact of her grandmother-in-law’s death on her three children. Kate Middleton even described Prince George, Princess Charlotte and Prince Louis as having been “beady-eyed” in the wake of the Queen’s passing.

The Duchess of Cornwall revealed just the impact on her children while speaking to those who helped pull off the Queen’s state funeral at Westminster Abbey on Monday.

Kate said: “The children were saying it’s come down so quickly.

“I suppose it’s a lot quicker to undo it.”

According to the Mirror, the Princess of Wales also suggested her children had been particularly “beady-eyed”, even asking why drones were flying around for security.

When pressed on whether members of the Royal Family had heard any of the early morning rehearsals, Kate added: “We didn’t hear it, I would have loved to though.”

Prince William also said: “Some of the children in the family woke up and they thought, are we hearing things?”

During their appearance at Windsor Guildhall, the Duke and Duchess of Cornwall praised volunteers and operational staff for their “seamless” work”.

Those in attendance included the man who helped arrange portable toilets to those people who moved flowers and organised bin collections.

READ MORE: Queen’s cause of death may be revealed next week after royal mourning period ends

“You hardly ever see rainbows up there, but there were five.”

Kate replied: “Her Majesty was looking down on us.”