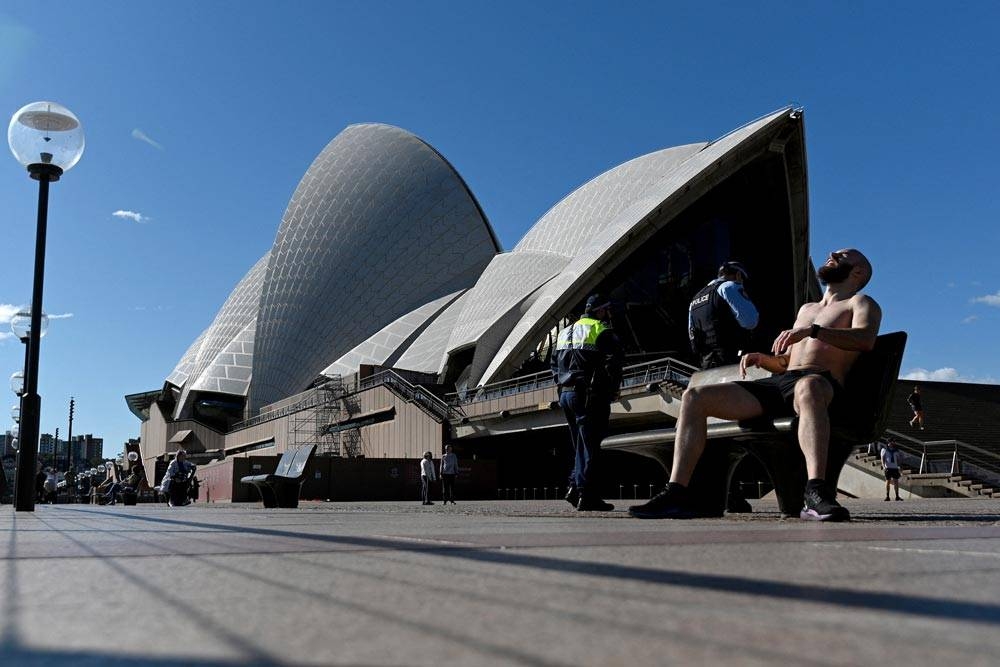 SYDNEY: Australia has recorded its highest-ever daily increase of Covid-19 cases on Thursday with a spike of almost 2,750 new cases in three separate outbreaks.

The outbreaks in the states of Victoria, New South Wales (NSW) and the Australian Capital Territory (ACT) are part of the third wave of the pandemic that first hit the nation in early 2020.

Victoria is battling by far the largest, reporting 2,297 local cases and 11 deaths throughout Wednesday.

The surge of over 40 percent compared with the previous day is putting the state’s health system under unprecedented pressure with 705 Covid-19 patients in hospitals on Wednesday, including 146 in intensive care, of whom 92 were on ventilators.

The quickly escalating numbers are also presumably throwing the state government’s plans to partially reopen the economy into question.

Stuck in its sixth lockdown since the pandemic struck in early 2020, Victoria is planning to lift some of its Covid-19 restrictions and lockdown conditions once 70 percent of the population has received two doses of vaccines.

As of Thursday, 86.7 percent of eligible Victorians have received their first vaccine doses while 61.5 percent were fully vaccinated. Health authorities are estimating that the 70 percent “freedom” milestone could be reached as early as October 22.

However, as of Thursday, Premier Daniel Andrews had not publicly said if the latest disastrous spike in numbers would change those freedom plans.

Meanwhile, vaccination rates in NSW continue to climb with 91.1 percent of eligible people having received their first jabs and 76.5 percent being fully vaccinated.

NSW Premier Dominic Perrottet has announced the state will launch the second phase of its roadmap of freedom when the fully vaccinated rate hits 80 percent.

The state recorded 406 new locally acquired cases, 40 less than the previous day and six related deaths in the 24 hours up to 8 p.m. on Wednesday local time.

The ACT had 46 new cases in the previous 24-hour period and one related death.