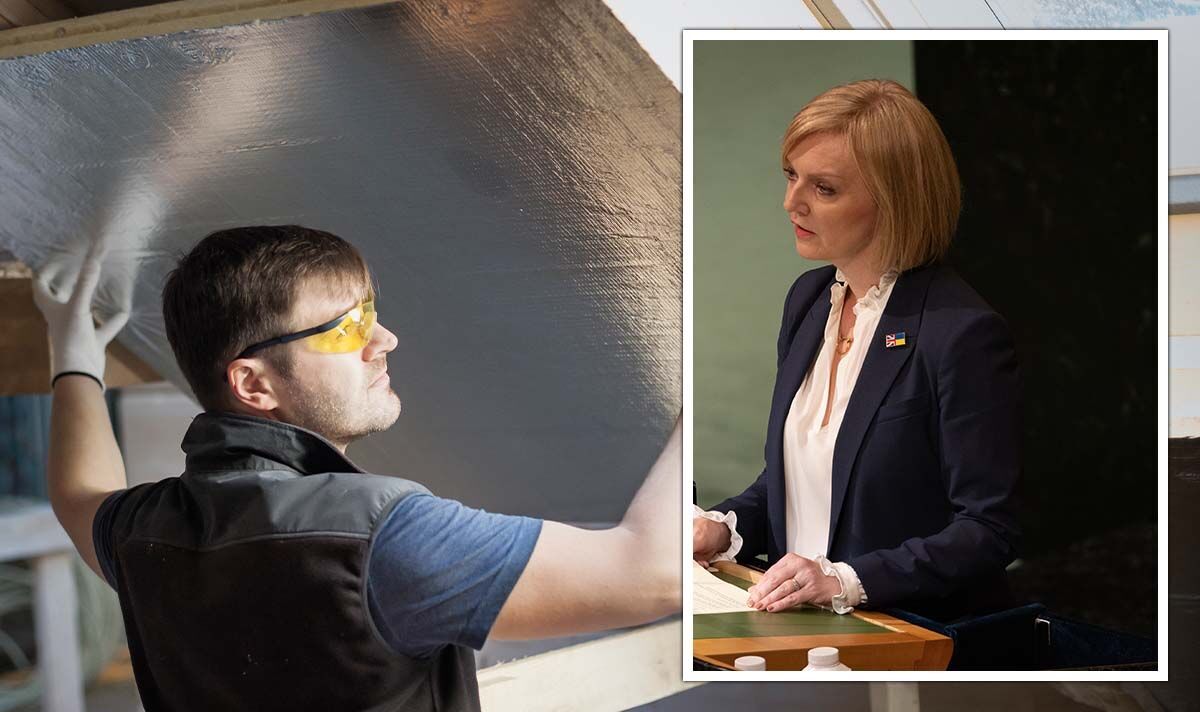 As energy bills soar astronomically for millions of Britons, a leading charity has warned that up to £950 of the heat that households pay for escapes through the walls, rooves and windows of leaky homes. While Liz Truss‘ energy price guarantee will freeze bills at £2,500 for millions of families for two years, Citizen’s Advice has warned that energy-inefficient homes will not be shielded by the measure.

The charity warns that homes with an energy performance certificate (EPC) rating of F may have to fork out an extra £500 on top of Ms Truss’ frozen £2,500 cap, costing them £3,000 for their annual bill.

An EPC is the rating applied to your house based on how energy efficient your home is, ranked from A (very efficient) to G (inefficient). While Ms Truss’ price knocks £1,000 off Ofgem’s planned £3,549 October price cap for the typical household, the average energy bill for people living in homes with EPC rating F will be £3,096.80.

Citizen’s Advice says that there are 1,145,545 people who live in homes with an EPC rating F, with the figure taken from Government statistics. This means vast numbers of families across the country will have to pay more for their energy bills than everyone else and risk losing £950 worth of heat that they have paid for due to the poor energy efficiency standards in their homes.

While the bills freeze has been welcomed as it limits the price that suppliers can charge customers for units of gas, Ms Truss has come under fire for not rolling out other measures that would make homes more energy efficient at a cheaper cost, which would protect those Britons from having cold, damp houses over the winter.

According to Citizen’s Advice, people living in Wales, the West Midlands, and Yorkshire and the Humber face the highest costs as nearly two-thirds (63 percent) of homes in these areas have EPC ratings below band C.

The charity claims that if all homes were at EPC rating C, they would together save households would save a staggering £8.1billion per year. But worryingly, the majority of homes in England and Wales are below this standard, with huge regional disparities too.

While the Government has claimed that it is “committed to upgrading” as many homes as possible to Band C by 2030, the average household is currently in Band D. But critics say it is doing little to incentivise those who are unwilling to upgrade their homes due to cost issues.

Despite this, nearly half of the homeowners are actively considering improving their homes, according to the charity. But those who do not cite cost as the main reason, laying bare the crucial need for the Government to intervene with a scheme to make energy-efficient installations more affordable.

READ MORE: Truss ends rationing fears with vow to stand up to Putin

“Insulating our homes is the long-term solution that will cut down our bills and reduce our dependence on gas. The Government must make it a top priority.”

And Citizen’s Advice is not the only organisation to have warned about the increased costs energy inefficient homes face. Analysis by Kingfisher has also found that households living in inefficient homes, which have an EPC rating of D or below will face an average energy bill increase of £1,730 a year in October.

This is far higher than the £982 per year faced by those living in more efficient properties of EPC rating C or above.

These organisations suggested that the Government should slash VAT on energy efficiency products and introduce a new grant funding scheme for those on lower incomes to fund the installation of energy efficiency measures in order to help move more households into Band C or above.

While the Prime Minister failed to pinpoint the importance of insulation and energy efficiency during her speech on energy support for households in the House of Commons earlier this month, the is an existing scheme currently open, called the ECO insulation scheme.

Jess Ralston, Senior Analyst at the Energy and Climate Institute, said: “The ECO insulation scheme has worked well and is knocking at least £600 a year off the bills of fuel-poor households,but Government is non-committal on doing more.”

However, the scheme is funded partly by green levies, which the Prime Minister pledged to scrap as part of her leadership campaign, arguing this would knock £160 bills. But this figure is just a drop in the ocean compared to the staggering sums of cash households will have to fork out even to pay for the lower price cap Ms Truss has promised to impose.

Another study, produced by Cambridge Econometrics on behalf of Greenpeace UK, has called on the Government to upgrade the energy efficiency of all homes, through installing wall, loft and floor insulation as well as double glazing, to a minimum of Energy Performance Certificate (EPC) C standard over the next 10-15 years.

It warns that targets for energy-saving upgrades are woefully off track, with home insulation installations plummeting by 50 percent this year. Greenpeace UK’s chief scientist, Dr Doug Parr, said: “Greening the UK’s homes at speed and scale will reduce energy consumption, bills and carbon emission. It will provide tens of millions of households with warmer homes that are cheaper to run and help limit the catastrophic impacts of the climate crisis.

The Department for Business, Energy and Industrial Strategy has been contacted for comment.