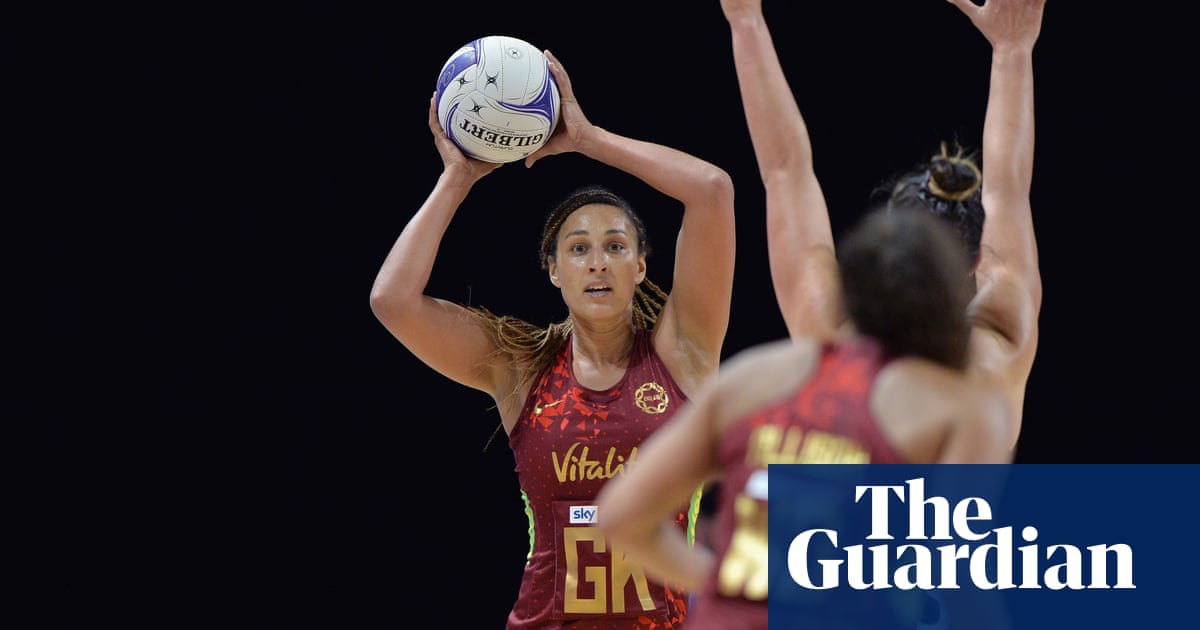 Geva Mentor has warned England’s Roses not to read too much into Australia’s lack of international action or their new-look squad before the start of the Netball Quad Series this weekend. Excitement has been rising in the buildup to the first Quad Series for three years with the Diamonds travelling to the UK with a new head coach, Stacey Marinkovich, alongside a handful of new caps and a lack of international gametime over the past two years.

But Mentor, the 37-year-old former England captain who has played in Australia for nearly a decade, believes this could make the Australians even more dangerous when the five-day, four-nation tournament gets under way at London’s Copper Box on Saturday.

“The team that’s unexpected is a lethal team,” she says. “Every single player in the Diamond side are elite at what they do. This is probably the first time the Diamonds have brought a team that has got so much versatility.” However, Mentor does add a caveat. “Yes, individually their team is really strong but together, how does that fit gel?”

England, New Zealand and South Africa will all be wondering. Usually, Australia would be a sure bet to win the Quad Series; even though they have lost the Commonwealth and World Cup titles in the past four years, they did so by just one goal each time. They are a relatively unknown quantity this time out, so it is the hosts who find themselves going into the tournament as favourites thanks to their recent wins over Jamaica and New Zealand.

It is a position unfamiliar not only to the Roses, who until their breakthrough gold at the 2018 Commonwealth Games were regularly thrashed by the teams either side of the Tasman, but also to Mentor, who first donned England colours back in 2001. How the Roses will fare with the pressure of being top pick is another of the key questions waiting to be answered in the series.

The Silver Ferns, the reigning world champions, will look to show what they have learned since England’s historic win on their turf in September last year, while South Africa are dogged on the court even without their star players Karla Pretorius, Lenize Potgeiter and Shadine van der Merwe, and will no doubt be thinking about next year’s World Cup hosting duties.

Over the five days, the four teams will face a round of head-to-heads culminating in a final and a third/fourth-place play-off. The format is physically gruelling and will be an ideal barometer of progress for the world’s best in the lead-up to this summer’s Commonwealth Games in Birmingham.

“The quick transitions playing four games in five days and every single nation is going to be bloody tough,” says Mentor. “How do we debrief quickly? How do we learn from what we put out there to then move forward and take it into a different style?”

England do have to contend with an unplanned player absence following shooter Jo Harten’s positive Covid-19 test result. However, under Jess Thirlby England can now turn to the likes of Jamaica series standout Eleanor Cardwell or Georgia Fisher to replace Harten, and that depth, for Mentor, is what distinguishes this Roses side from previous squads.

“This is probably one of the toughest teams to pick,” she says. “I’ve been in England sides before where you can pretty much name your starting eight, maybe nine and then there’s a few others you can put in there. Now we’ve got 15, 16, almost up to 20 athletes that you could actually put in and bring something different into the squad, which is great.”

The final question worth asking is: to what standard should the Roses be held come the conclusion of the series? The answer for the defending Commonwealth champions can only be: the highest.

“We want go out and win,” says Mentor. “How great would it be to have this practice at being a favourite and actually coming through with the goods to back it up for Comm Games?” Should the Roses walk away first-time winners of this year’s Quad Series then their campaign in July will truly be bolstered. Anything less and tough questions will follow.