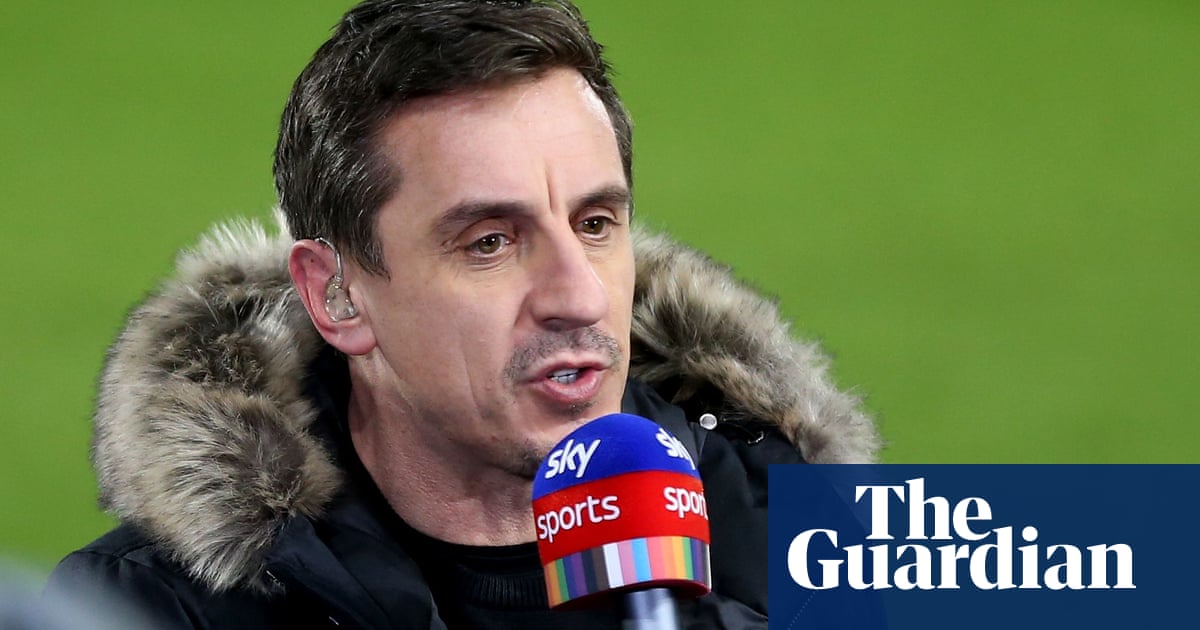 Gary Neville, the footballer turned TV pundit, hotelier, property developer and university founder, has joined the Labour party and has not definitively ruled out a future career in politics.

Neville, regularly a fierce critic of Boris Johnson on Twitter, revealed to Nick Robinson’s BBC Political Thinking podcast that he had joined the party in the last few days.

“That is purely for myself,” he said. “I want to support Labour. I do believe that we need a progressive Labour party but one that not just looks after the left side … it has to come towards the centre.”

Robinson asked Neville whether he would consider a career in politics, to which he replied: “I say to myself sometimes ‘I’m able to communicate. I know what I want. I have got a business mind, I can manage people.’ But I just think I’d get eaten alive. I don’t know what Whitehall’s like, what Westminster’s like, I can only imagine what you have to do there to survive and I don’t play the game. So how can I get in?

“When I ask myself the question, do you want to dip your toes in? I can’t dip my toes in because I’m all or nothing. If I’m going in, I’m going in.”

Robinson asked what he would do if the Labour leader, Keir Starmer, were to call him and ask. “I don’t know,” replied Neville. “At the moment, no, I’ll just continue to do this I think. People would say ‘why are you using your influence to try to turn people?’”

Neville has 5 million followers on Twitter and is scathing of Johnson and his “rancid” government. On Friday he joked: “No 10 Downing St should be renamed Hacienda.”

He has also criticised Labour, including for abstaining during a vote on further lockdown restrictions in December 2020. He told Sky News’ Ridge on Sunday at the time: “When you’re elected and you’re in that seat in Westminster, you take a position, you don’t abstain, you take part in the match, you’re the opposition. Don’t sit in the stand.”

Some have speculated that Bury-born Neville, 46, who spent his entire playing career at Manchester United, may be tempted to run to succeed Andy Burnham as mayor of Greater Manchester.

The Manchester Central MP, Lucy Powell, who is the shadow secretary for digital culture media and sport, said she was very pleased Neville had finally joined Labour. “It’s something he and I have been discussing for a while. Personally think he’s more than capable of navigating [well, steaming] his way through the world of politics! Look forward to helping,” she tweeted.

The Labour party chair, Anneliese Dodds, also welcomed Neville. She tweeted: “A very warm welcome to Labour @GNev2. Great to have you on the red team.”