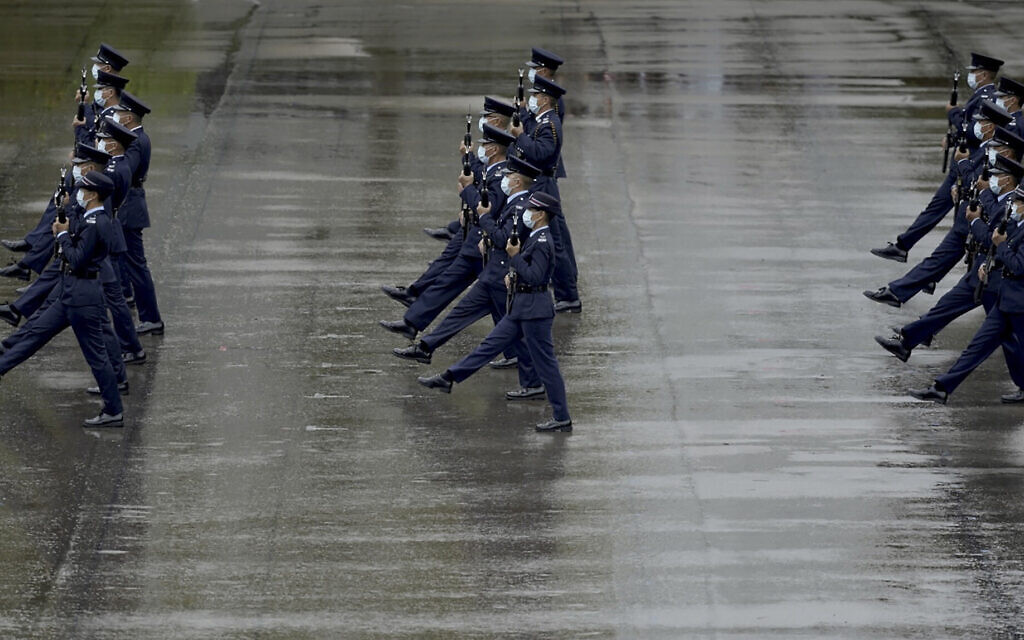 The stiff-legged marching technique was first publicly demonstrated by Hong Kong officers on April 15 during National Security Education Day — designated to mark a Beijing-imposed law that has empowered a crackdown on dissent.

The force has “actively planned for the full rollout of Chinese-style foot drills in order to show patriotism and foster love for our motherland and Hong Kong,” police told AFP in a statement Friday.

Staff from China’s People’s Liberation Army barracks in Hong Kong have been teaching the city’s police officers the technique since February 2021.

Police have used goose-stepping in ceremonies and parades, but it will become part of officers’ daily routines from July 1 — the same day Hong Kong marks 25 years since the former British colony was handed back to China.

The Hong Kong Police College will also host workshops for frontline officers on goose-stepping and flag-raising in the second quarter of this year, according to the statement.

On Thursday, Hong Kong’s firefighters announced in an annual report they will make a similar switch before the end of the month.

Officers from Hong Kong’s customs and excise, immigration and correctional services departments have also demonstrated goose-stepping as part of ceremonies.

The goose-stepping marching style, where uniformed officers kick straight-legged in a robotic manner, was first used by Prussian soldiers and has become a hallmark of authoritarian regimes including Nazi Germany, the Soviet Union and the People’s Republic of China.