Skip to content
HomeNewsHow to expose corruption, vice and incompetence – by those who have 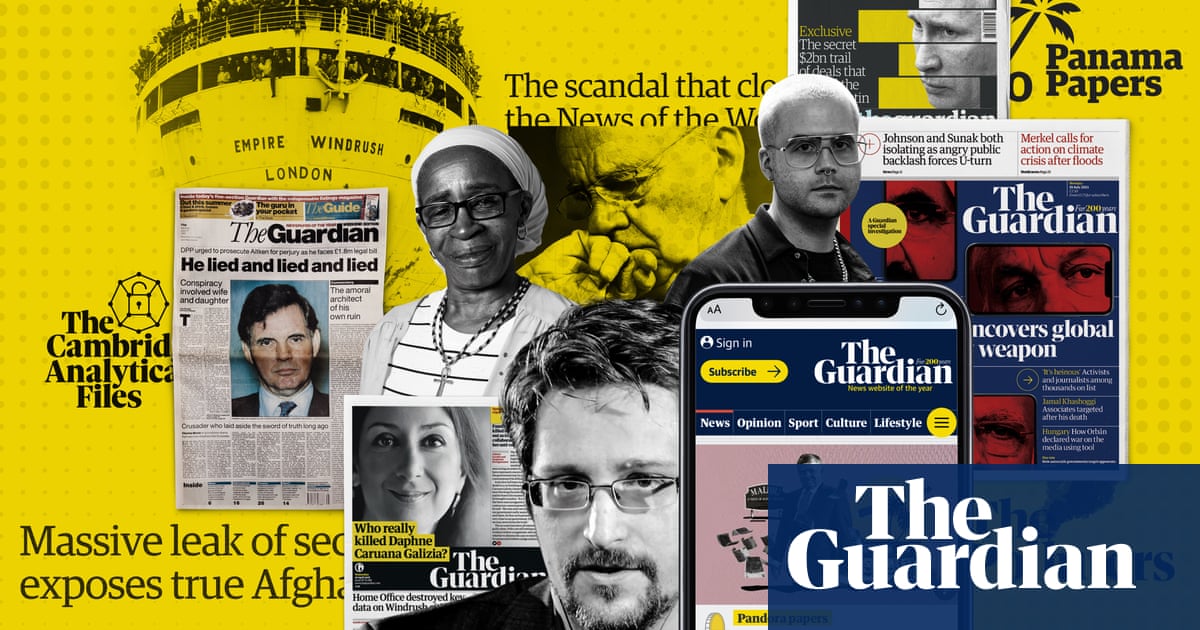 Why does the Guardian feel it has to do this work – isn’t investigation for the police, or parliament?

Paul Lewis: We’re the last defence that the public has when those other institutions – parliament, government or the criminal justice system – have failed somehow. Part of our job is holding those very institutions to account.

Stephanie Kirchgaessner: The Guardian is not aligned to institutions, and can relentlessly questions institutions because we are not allied with them.

Rob Evans: It is important that the Guardian and the media fulfil one of their key tasks – to expose wrongdoing and hold those in positions of power to account. This is especially important when the police or others who are supposed to investigate misconduct fail to do so.

So, what does it take to do this kind of work?

Amelia Gentleman: At the height of reporting on the Windrush scandal there were three or four weeks when it completely enveloped my life. It was quite lonely because I was working by myself, I was aware that there was a really serious problem. It was really frustrating, I was wondering whether I was barking up the wrong tree.

Sirin Kale: I was placing upwards of 20, 30, 40 phone calls a day. You start to lose your voice after a while. You have to have attention to detail because one date or place that’s wrong can really undermine your story.

David Pegg: A lot of the process is a feeling of scarcity and uncertainty and self-questioning. You follow the leads, the leads haven’t gone anywhere and you’re not really sure what you are doing. This is punctuated by moments of eureka, when you’ve got a source, you’ve got a document, we’ve discovered that what we thought was true is true.

Luke Harding: It requires perseverance and background knowledge to piece together the big picture plus off-the-record conversations with sources. You need a collaborative mentality too – anything we discovered in the Pandora papers we shared with other colleagues on the project.

Felicity Lawrence: Stamina, forensic attention to detail, an open, objective mind, a healthy scepticism about authority, a certain bloody-mindedness in the face of obstacles, plus hours and hours of often mind-numbing homework.

What about the people we expose? Presumably they don’t make it easy for us?

Paul: Generally speaking, we’re making life difficult for people and institutions that have money or power (and sometimes both). Often we’re up against small battalions of well-paid lawyers, public relations advisers and private investigators who are hired to defeat our reporting. This is the stuff readers never see. People see the media as powerful, and they’re right inasmuch as we have huge audiences. But the people whose secrets we’re exposing can be well-resourced adversaries.

Juliette: Right … what can I say without getting sued?

Rob: Often those who commit wrongdoing hide behind many layers of secrecy and then reach for their lawyer when they fear they are about to be exposed.

Felicity: Over my 20 years investigating for the Guardian, I am struck by how long and ever more aggressive expensive lawyers’ letters have become. Government departments have changed over that period too – gone are the days when you could have an honest and open discussion to inform yourself better; it feels as though it’s all chess moves and obfuscation now, which is so damaging to the democratic process.

What qualities do you need to be an investigative journalist?

Stephanie: Investigative journalism is really all consuming because you have to live and breathe the topic. It has to be so, or you’re not going to get very far. The skill of persuasion is really important. It’s not a transaction where you can just demand information. You need to develop trust with people because there are a lot of hoops.

Sirin: You have to be good with people and you need to be straight. You’re not their friend, you’re a journalist. You need a steady hand and the ability to hold your nerve. It’s a really difficult skill set.

What about the cloak-and-dagger stuff? Do you have to wear long trenchcoats and meet people on rainy nights in underground carparks?

David: You do have to use encrypted chat a lot of the time. If you did it all the time it would be tedious. When we did our investigation into Pegasus, the spyware, we did have to go the extra mile. Our phones were constantly left in a lead-lined case so we couldn’t be spied on; we wrangled an entire team of people to speak around the world not using mobile phones.

Most of the time it’s not like that. We are obsessive and determined, but we are not Jedi knights or magicians. We really rely on readers. A good 50% of the stories we do are because people get in touch with us and give us information. And then we get back in touch and say we think this is important, can you tell us more?

How do we ensure that we don’t fall foul of the UK’s punitive libel laws?

Paul: In the UK, privacy laws can be as restrictive as defamation laws. But the short answer is we’re meticulous in making sure we get everything right – and we have some of the best in-house lawyers in the business.

Juliette: We have to work quite hard on what the public interest is. Is there genuine value? Are we adding to the public debate in a useful way?

David: We’ve got the best lawyers in Fleet Street because they don’t tell you you can’t do things, they tell you how you can do things.

Rob: The key is to carry out careful research, and also to make sure that those we write about are given a clear opportunity to respond to any allegations and provide a response. That is crucial in terms of being fair with people and also gives us a legal defence under the defamation laws

What about impact? How does this kind of journalism change the world?

Luke: It’s too early to say what the consequences the Pandora papers will have. The topic of offshore reform is surely back on the agenda. And there’s a message for the super-rich: don’t hide your cash under a palm tree because sooner or later an investigative journalist will find it.

Amelia: No one else was investigating the Windrush situation at the time, so without our work it is hard to see how change would have come about. This was a stark example of how investigative journalism can lead to real dramatic policy change.

Juliette: One of the stories I’ve worked on that has had the biggest impact was the Panama papers. We showed the extent to which the rich are cheating.

David: The offshore thing is a good example that I’m proud of. After we did Panama papers a large number of laws were passed around the world to try to stop that abusive behaviour. HMRC recouped about £190m – so we do pay for ourselves. Seeing the change that can come as a result of your stories is a tremendously satisfying experience.

Felicity: Projects I’ve worked on for the Guardian on labour conditions, exploitation of migrants, standards in food and farming or global trade, outsourcing in the NHS, corporate concentration and tax dodging have led to parliamentary reports, select committee hearings and government reviews. We have sometimes shamed the powerful into change, or at least into thinking about the reputational risk attached to certain practices.

Sirin: Change tends to happen when the general public is shocked or stunned or appalled by something or when something comes to light that people weren’t aware of and care quite profoundly about. It’s hard to cut through and make people care about things, but that’s what good investigative journalism does.

Paul: If I look back at the big investigations the Guardian has done over the past 20-30 years, it is the most remarkable heritage. Groundbreaking investigations that have sparked resignations, public inquiries, criminal prosecutions, or led to concrete changes in the law or massive global debates. At its best, this kind of journalism makes a tangible difference.