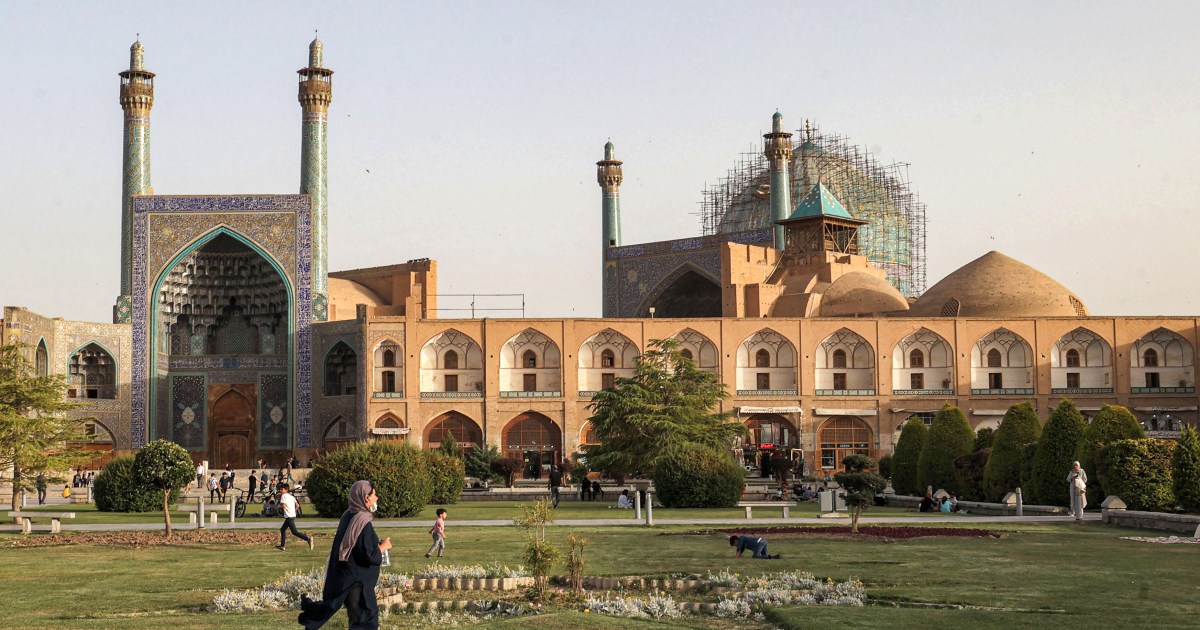 The intelligence ministry says the arrested individuals were purportedly about to blow up an unspecified ‘sensitive centre’ in Isfahan.

Tehran, Iran – Iran says its intelligence forces have arrested suspected members of an Israeli cell hours before they were allegedly planning to carry out a major “terrorist” bombing operation in the central Iranian city of Isfahan.

Iran’s intelligence ministry, in a short statement on Saturday night, said it has arrested an unspecified number of individuals operating under orders from Mossad, the Israeli spy agency, without divulging their nationalities.

“Members of the network employed cutting edge operational and communications equipment and powerful explosives, and wanted to conduct an unprecedented sabotage and terrorist operation in some pre-determined sensitive areas and targets,” the statement said.

The ministry did not divulge further details.

On Sunday, Nournews, an outlet affiliated with Iran’s Supreme National Security Council, said the arrested group was on its way to blow up an unspecified “sensitive centre” in Isfahan, which among other things houses the country’s main nuclear facilities.

The Natanz nuclear facilities in Isfahan were targeted by two major sabotage attacks in 2020 and 2021, which Iran condemned as “nuclear terrorism”.

“The blow to this network was realised as a result of one of the most complicated operations of Iran’s intelligence apparatus inside or outside the country,” the outlet said.

According to Nournews, the group had trained in an unnamed African country for months, where its members simulated the operation, and then entered Iran through the Kurdish region of neighbouring Iraq.

They had already planted high-impact explosives and were only hours away from carrying out the final operation when they were arrested, it said.

The news comes amid intensified tensions with arch foe Israel, which has pledged to prevent Iran from acquiring a nuclear weapon at any cost as indirect talks with the United States to restore the 2015 nuclear deal have stalled since March.

For its part, Iran has consistently maintained it will never seek a nuclear bomb, adding that it reserves the right to respond if Israel attacks.

Iranian officials also announced last month that three people arrested in April on suspicion of working with Mossad had planned to kill some Iranian nuclear scientists.

Iran blamed the assassination of an Islamic Revolutionary Guard Corps (IRGC) colonel, Hassan Sayyad Khodaei, in downtown Tehran in May on Israel, vowing to take revenge.