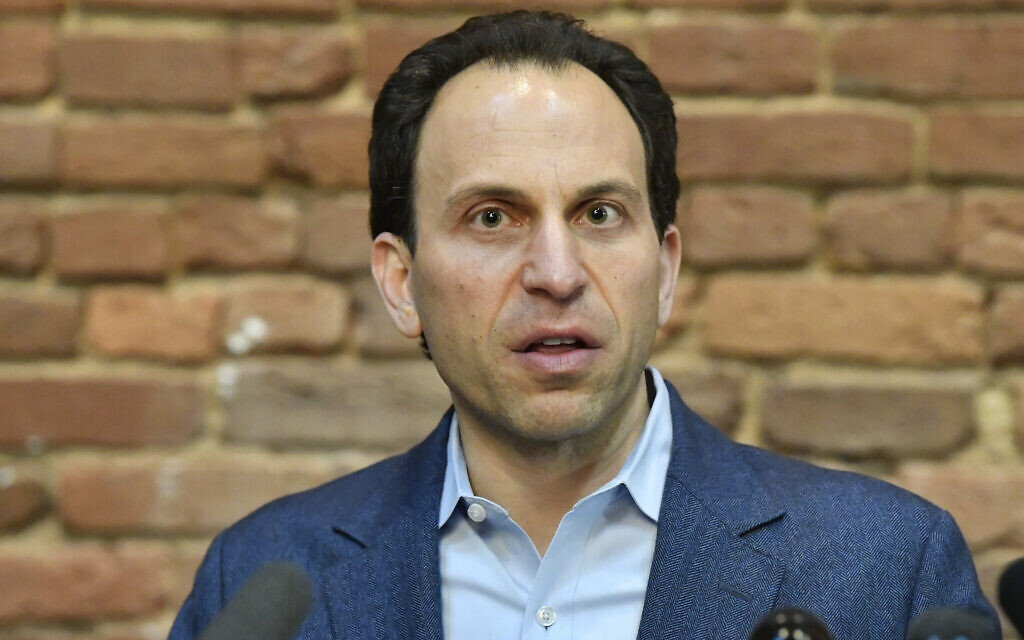 A Democratic mayoral candidate in Kentucky’s largest city said he is “shaken but safe” after a suspect stormed his campaign headquarters Monday morning and fired a weapon point-blank at him.

Craig Greenberg, who is running for mayor of Louisville, said he was at his campaign office with four colleagues when a man appeared in the doorway with a weapon.

“When we greeted him, he pulled out a gun, aimed directly at me and began shooting,” Greenberg said at a news conference several hours after the shocking attack.

The person closest to the door managed to get the door shut, he said. The staffers barricaded the door, and the suspect fled, he said.

“Despite one bullet coming so close that it grazed my sweater and my shirt, no one was physically harmed,” Greenberg said.

“We are shaken but safe,” he added.

Kentucky Gov. Andy Beshear decried the attempt on Greenberg’s life and called for swift action to punish the perpetrator.

“The person who’s done it needs to be prosecuted to the fullest extent of the law,” the governor said. “And if this has anything to do with a political race, my God, if you disagree with someone you vote against them.”

Police responded to the scene at around 10:15 a.m. after reports came in of an “active aggressor.” The suspect was apprehended outside the building shortly after the shooting, Louisville Metro Police Chief Erika Shields said earlier. She concurred that Greenberg appeared to have been the target of the attack, adding that one possibility is that Greenberg was targeted because he is Jewish.

“Mr. Greenberg is Jewish, so there’s that,” she said. “We don’t know if it’s tied to the candidate, is political, or are we dealing with someone who has mental issues, is venomous. We have to really keep an open mind and be diligent in taking care of our community.”

Greenberg would not comment on the specifics of the attack or whether or not he recognized the suspect.

Police say the motive remains under investigation. The suspect appeared to have acted alone.

BREAKING: Shots were fired at attorney Craig Greenberg in his office. Greenberg was not injured and is with police. No arrests.
Greenberg is a democratic candidate for Louisville Mayor. https://t.co/lxanANKJJy

Greenberg, a prominent businessman, worked as CEO of 21c Museum Hotels and also served on the University of Louisville board of trustees for a couple years.

Charles Booker, a Louisville Democrat running for the US Senate, called the shooting a “critical reminder of the work we must do to realize true community safety.”