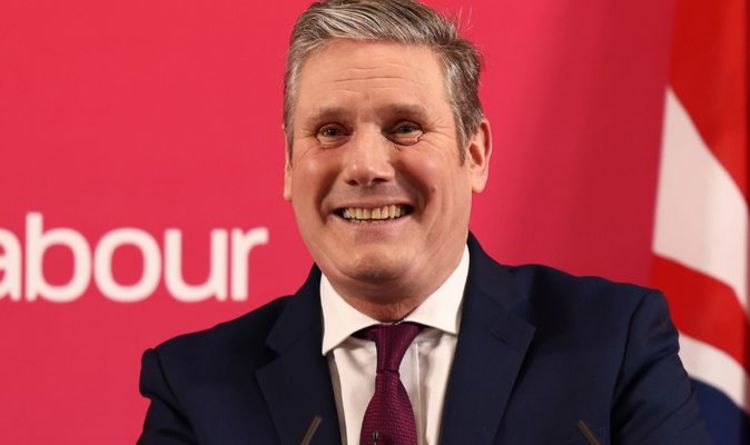 The Labour Party’s popularity among voters shot to 40 percent today (Friday) as the Tories’ fell to just 29 percent. It comes as the Government is dogged with controversy after Boris Johnson admitted to Parliament that he had attended a Downing Street social gathering while the country was still in its first lockdown.

The pollster said of the results: “This represents Labour’s biggest lead over the Conservatives since December 2013, as well as the lowest vote share for the Conservative party since the turmoil of the European elections and their aftermath in 2019.”

The two parties were effectively level-pegging at the start of December, after the Mirror reported allegations that the Prime Minister had participated in a lockdown-breaking Christmas Quiz in Number 10 in December 2020. Mr Johnson has previously denied any wrongdoing.

Since then, the Tories’ popularity had been in decline, with a sharp drop following the latest revelations concerning another “socially distanced drinks” which took place in May 2020.

As of January 13, 35 percent though Labour leader Sir Keir Starmer would make the best Prime Minister, to just 23 percent who preferred Mr Johnson.

Following his admission and apology at Prime Minister’s Questions on Wednesday, Mr Johnson has faced calls from opposition leaders and members of his backbenches to resign.

Scottish Tory leader Douglas Ross, William Wragg, the vice-chairman of the 1922 Committee, and Brexiteer MP Andrew Bridgen, among others, have called for him to step down.

Cabinet ministers rallied round the PM yesterday in a show of solidarity, with both Foreign Secretary Liz Truss and Chancellor Rishi Sunak – both tipped to replace Mr Johnson – throwing their support behind the PM.

Ms Truss said she stood behind the prime minister “100 percent”, while Mr Sunak said Mr Johnson had been “right to apologise”.

Sir Keir tweeted yesterday afternoon: “As the Tories descend into civil war, only Labour are united across the UK not just to oppose the Tories, but replace them.”

The Downing Street garden drinks on May 20, 2020 first came to light last Friday, when former Downing Street advisor Dominic Cummings posted a blog claiming that he had urged Mr Johnson to not let the event go ahead.

ITV News was later given an image of an email invitation from Martin Reynolds, the Prime Minister’s Principal Private Secretary, to over 100 members of staff, as well as Mr and Mrs Johnson.

In the email, Mr Reynolds said: “After what has been an incredibly busy period we thought it would be nice to make the most of the lovely weather and have some socially distanced drinks in the No10 garden this evening.

“Please join us from 6pm and bring your own booze!”

At the time, the UK was still in its first nationwide lockdown. However, the laws were slowly being relaxed.

Government guidance at the time stated people could meet “where the gathering is essential for work purposes – but workers should try to minimise all meetings and other gatherings in the workplace”.

At PMQs, Mr Johnson admitted he had attended the gathering.

He said he had spent about 25 minutes at the event, so that he could “thank groups of staff” for their hard work.

The Prime Minister claimed that he had thought at the time that the gathering had been a work meeting.

Meeting in the Downing Street garden was said to be common practice at the time to minimise the spread of Covid.

But he added: “With hindsight I should have sent everyone back inside.

“I should have found some other way to thank them, and I should have recognised that – even if it could have been said technically to fall within the guidance – there would be millions and millions of people who simply would not see it that way.”

Sir Keir responded at the despatch box: “There we have it. After months of deceit and deception, the pathetic spectacle of a man who has run out of road.

“His defence that he didn’t realise he was at a party is so ridiculous that it’s actually offensive to the British public.

“He’s finally been forced to admit what everyone knew, that when the whole country was locked down, he was hosting boozy parties in Downing Street.”

Since the Mirror first published claims of a Christmas Quiz, reports of other social gatherings when coronavirus pandemic restrictions did not permit them have come to light.

Sources also claimed to the BBC that on November 27 that year there were leaving drinks for aide Cleo Watson, where Mr Johnson is alleged to have made a speech.

The Department for Education confirmed it had an office gathering on December 10, 2020.

The Conservative Party also admitted that an “unauthorised gathering” took place at its headquarters in Westminster on December 14 that year.

That gathering was held by the team of Shaun Bailey, the London mayoral candidate for the Tories, who has since stepped down from his London Assembly position.