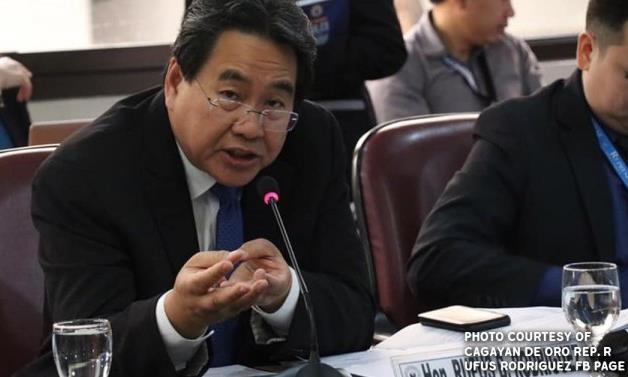 A leader of the House of Representatives has formally filed two bills seeking to ban candidate substitution and declaring an incumbent elective official as automatically resigned upon the filing of his certificate of candidacy (COC) for another position.

In a news statement, Deputy Speaker Rufus Rodriguez of Cagayan de Oro City said his twin measures, filed last Wednesday, aim to put an end to practices by politicians and political parties that tend to put in doubt the integrity of the country’s elections.

Under House Bill 10380, a political party would be prohibited from substituting any candidate unless the latter dies or is disqualified.

Currently, Rodriguez said the Omnibus Election Code allows the substitution of a candidate in case of death, disqualification or withdrawal of another aspirant.

“While there is nothing wrong with substitution in case of death or disqualification which is justifiable, substitution because of withdrawal, or what others call voluntary substitution, may pose serious questions and may lead to the manipulation and mockery of the election process,” he said.

“Withdrawals could lead the voting public to believe that the candidate who withdrew, or even the political party or substituting candidate, is not really serious,” he said.

He added that the election law empowers the Commission on Elections (Comelec) to disqualify an aspirant who filed his COC to put the election process in mockery or disrepute.

“As such, any person who has no real intention to run and only filed for candidacy as a ‘placeholder’ [for another aspirant] should be declared as a nuisance candidate,” Rodriguez said.

He added that prohibiting voluntary substitution would also give the Comelec additional time to screen COC filers, prepare the final list of candidates and print the official ballots and related paraphernalia.

Rodriguez also said House Bill 10381 seeks to restore the old provision in the election law that declared an incumbent as resigned ipso facto (by that very fact or act) upon filing his COC for another position.

According to Rodriguez, the Fair Elections Act of 2001 or the Republic Act 9006 scrapped the resignation declaration.

“It is high time to reinstate the repealed provision on elective officials being deemed resigned once they file their certificates of candidacy, but only if they file for another position different from the ones they are currently holding,” Rodriguez said.

“This would force aspirants to take running for higher office seriously and to stop manipulating and mocking the electoral process. It would also make more people believe in the integrity of our elections,” he said.

He said the old rule, if restored, would apply to all incumbent elective officials, whether running for higher or lower office.

“It would prevent incumbents from using their office, public funds and property, and influence to promote their candidacy. It would also put aspirants, whether bureaucrats who are forced to resign under the present law, and incumbent elective officials on a level playing field,” he added.