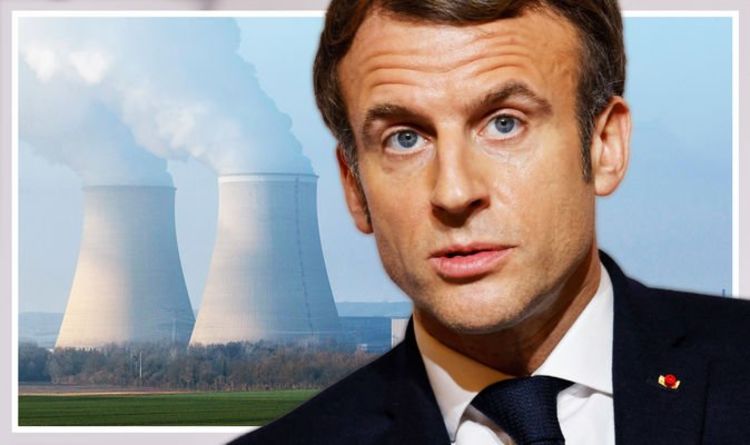 The latest nuclear shutdown in France was announced by state energy giant EDF today. They said cracks were found near welds on a safety cooling system for two reactors at the Civaux plant in central France during routine safety checks. And EDF decided to shut down another two reactors at its Chooz plant in the eastern Ardennes region as a precaution because they are built to the same design.

Karine Herviou, deputy chief executive of the French nuclear safety regulator IRSN, said: “The defects that were identified on the last-generation reactors have been found on another reactor.

“We don’t know if there are problems elsewhere. EDF is in the process of checking all of its data.”

Now, 10 nuclear reactors out of France’s 56-strong fleet are currently out of service.

Repairing the defective pipes could lead to long shutdowns at the affected plants and put a further financial strain on heavily-indebted EDF.

Worryingly for France, many of its nuclear power stations are coming to the end of their expected lifespans of 40 years.

And EDF is struggling with its plan to roll out new reactors.

On Wednesday, it announced extra delays and cost overruns for its new-generation nuclear plant in Flamanville in northern France.

Now, EDF said the Flamanville plant will not be loaded with fuel until the “second quarter of 2023”.

Back in November, Mr Macron announced that “for the first time in decades, we will restart construction of nuclear reactors in our country” to “guarantee France’s energy independence”.

But with delays slapped down, those plans have hit a bump in the road.

Paris has been leading the charge for nuclear power to be recognised by the European Union as a green technology eligible for a carbon-neutral investment.

The EU’s green taxonomy is intended to hand a green badge to companies and activities – or to withhold it – to “help shift investments where they are most needed”.

This is part of the bloc’s aim to direct funding towards energy sources with a low or zero carbon footprint.

But many environmentalists are concerned about nuclear energy’s worry huge cost, safety and the legacy of toxic radioactive waste.

And France’s calls to include nuclear in the EU taxonomy has also faced backlash from other members of the bloc, including Germany.

And now with the Green party involved in the new ruling coalition, the country’s disapproval of the energy source has grown even stronger.