Skip to content
HomeNews‘Not willing to give an inch’: Fears for Harry and Meghan after ‘excited’ calls to Queen 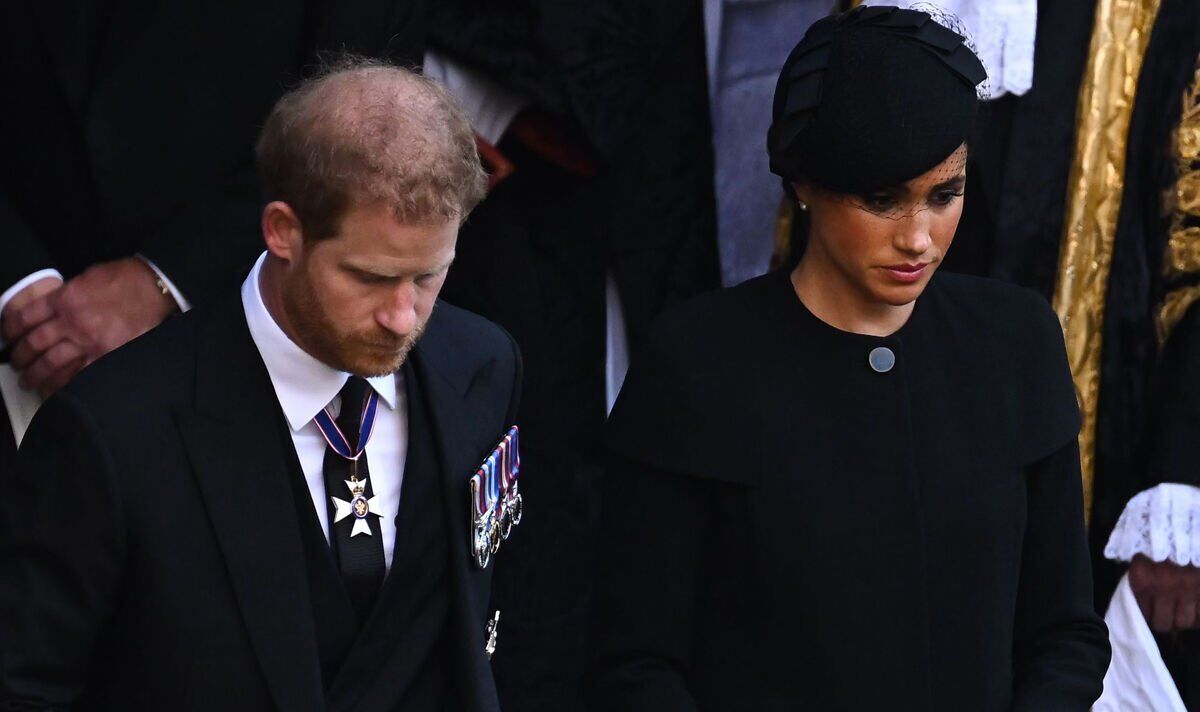 Neither Harry and Meghan nor the Royal family are willing to “give an inch” in their estranged relationship following the Queen’s death, a royal commentator has claimed. Writing for the New Zealand Herald, Daniela Elser claimed that the events surrounding the Queen’s funeral have, rather than giving hope for a future reconciliation between the Sussexes and the Firm, done quite the opposite.

Ms Elser highlighted the claim that Harry used to regularly call the Queen after his move to America – a link back to his family that now no longer exists.

The journalist wrote: “Have the unexpected and deeply emotional events of the last 12 days redrawn the personal map here? Has the family’s sadness and loss catalysed any smidgen of movement when it came to the Great Sussex-Windsor Divide?

“Sadly, for any optimists out there, the events of this week have put grim paid to that.”

She added: “With the Palace having lumped Harry and Meghan in the second row during Monday’s service at Westminster Abbey and with no indication that Harry might shelve his memoir, no one seems willing to give an inch.”

Writing in the Daily Mail, Richard Kay claimed that after the Sussexes moved to America, the prince remained in touch with his grandmother over the phone.

He wrote: “The Queen’s staff have told me how, in the early days of Harry’s exile in America, the Queen would excitedly take his phone calls.

“Over time this changed and she later became perplexed by Harry’s complaints.”

With this link no longer available to the Duke, Ms Elser raises the question of how his relationship with his family will evolve from here. Harry and Meghan were seen reunited with Prince William and Kate, Princess of Wales, as they viewed floral tributes at Windsor Castle after the Queen’s death.

However, Ms Elser compared this with Prince Philip’s funeral in April 2021, after which William and Harry were seen making small talk. By comparison, cameras watching the so-called “Fab Four’s” reunion on ___ failed to capture a single moment of warmth between the brothers.

Ms Elser wrote: “Take the lack of a repeat of the sort of scene we saw in April 2021 after the funeral of Prince Philip when Princes William and Harry staged their own PR pas a deux, largely it appeared, for the cameras.

“Still, they managed to make small talk as they made their way back up the hill from St George’s Chapel to Windsor Castle without descending into hair pulling and managed to not scowl in one another’s company. No matter how genuine or not the moment might have been, the men clearly cared enough to put on a show. Less than 18 months later, for their grandmother’s funeral, the lack of any sort of repeat performance would seem to reflect the extent of the disintegration of the brothers’ once tight bond.

“The same holds for Kate and Meghan who, as far as I saw, did not exchange one single, solitary word to one another.”

Meanwhile, during the funeral itself, the Duke and Duchess of Sussex were often seen separate from the rest of the Windsors. The Royal commentator felt that both sides deserved to face criticism for their handling of the relationship.

She said: “Sure, there is plenty of finger-pointing that can be directed at the loose-lipped Sussexes who have willingly and repeatedly blitzed the Palace in the press, The Firm deserves to come in for equal criticism here too because Buckingham Palace has made a hash of having the duo back on home soil.

“The last 12 days have seen the royal house cock one thing up after another.”

She referenced the apparent flip-flopping over whether Prince Harry could or could not wear his military uniform to the funeral, as well as how late he was told of the Queen’s death. There was also confusion over whether Harry was invited to the State reception on Sunday evening.

According to the Telegraph’s Camilla Tominey, the Sussexes had initially been invited “in error”. However, friend of Princess Diana, Tina Brown, said that “there can be no trust” unless Harry “gives up his book and the tell-all documentaries and interviews”.

In a recent interview with The Cut, Meghan claimed that “just by existing, we were upsetting the dynamic of the hierarchy”, adding: “I’ve never had to sign anything that restricts me from talking.”

Ms Elser concluded: “With the Queen’s death, we have not only lost a remarkable woman but it is increasingly looking like any chance that there might ever be any sort of happily-ever-after for the Sussexes and the royal family.”