The number of coronavirus patients in serious condition continued to slide, dropping to just 403, the lowest it has been in two months, according to Health Ministry figures published Thursday.

In a further sign that a recent wave of infections is receding, the positive test rate for COVID-19 cases the day before was just 1.73 percent, making Wednesday the the fifth consecutive day with below-2% results, compared to 7% a month ago. The 100,760 virus tests conducted identified 1,732 new patients.

The morning update from the ministry also showed that, for the first time since July, there were no deaths during the previous 24-hour period, with the death toll remaining at 7,959.

The number of serious patients is seen as a key indicator of the extent of the virus spread and officials have been eagerly waiting to see the figures go down.

However, Health Ministry Director-General Nachman Ash cautioned that despite the encouraging data, some health rules to prevent the spread of infection will remain in place.

Speaking to the Ynet news site, Ash agreed that what has been the fourth wave of infections since the start of the pandemic was declining. He noted that the start of the school year in September, which health officials had feared could drive a spike in infections, had not proved to be a setback.

“We are far enough from the restarting of classes,” Ash said. “We can see there is a drop in the number of confirmed cases and serious patients. We are on a good downward track.”

Ash said the ministry is looking at ways to lift some rules imposed to curb infections, but is also wary of allowing another outbreak to occur. The too-swift lifting of restrictions in June, along with the arrival of the highly infectious Delta variant, has been blamed for the current wave.

Face masks, he said, will remain compulsory in public enclosed spaces throughout the winter.

“This is a simple and important means to prevent infections, also for example of the flu,” he said.

Likewise, rules limiting access to public spaces to those who have the so-called Green Pass confirming vaccination against COVID-19, recovery from the virus, or a recent negative virus test, will continue for the time being. 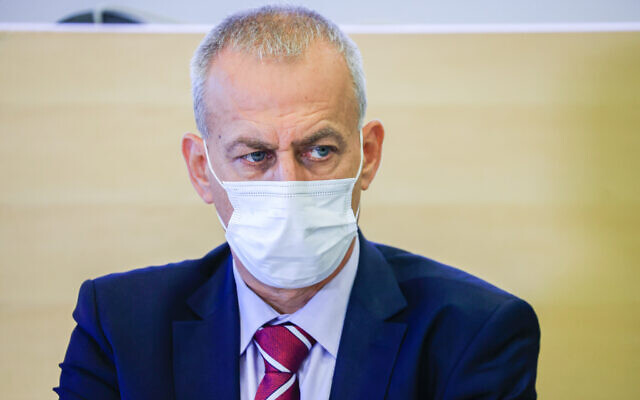 Ash said a plan to replace quarantine for schoolchildren exposed to virus carriers with daily testing was still being assessed and that the results from an ongoing pilot would only be ready next week.

“Not enough time has passed in the pilot in order to see the results,” he said. “That is what we are checking — if in places where they replaced quarantine with tests there are more infections.”

Even with the waning of the recent wave, authorities will take measures to prepare for and block a possible fifth spread of the virus, Ash said.

The priority is to ensure that the country has enough vaccinations in case there is a need to administer a fourth shot to the population, in addition to the current three recommended doses, he said.

“We need to see how we will make the decision to vaccinate again. We don’t want it to come as a result of a rise in morbidity,” Ash said.