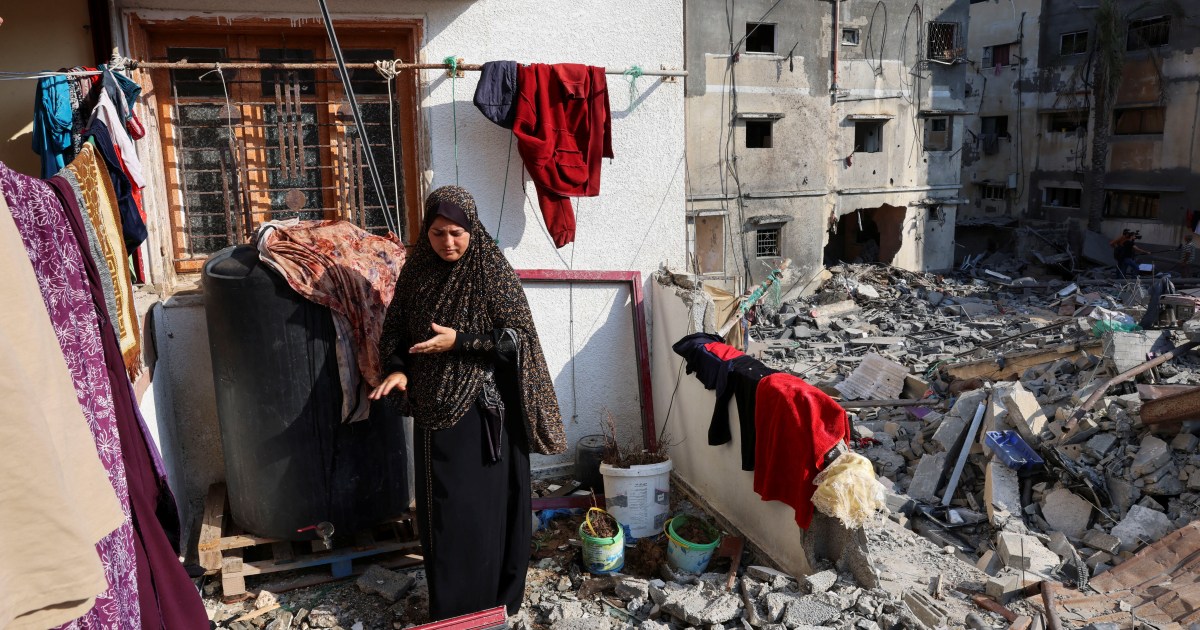 The armed group and Israel disagree on details of a truce to end Gaza bombardment, raising the spectre of more violence.

An official for the Palestinian Islamic Jihad (PIJ) says the armed group’s members will resume their fight against Israel following the latest bombardment of the besieged Gaza Strip if their high-ranking officials are not released.

The comments on Monday underscored the divergent narratives put forth by PIJ and Israeli officials in the wake of a tenuous truce that began Sunday night and paused three days of Israeli bombardment of the coastal Palestinian enclave, which killed at least 45 Palestinians including 16 children.

PIJ has responded by firing rockets into southern Israel, including towards civilian areas, with no casualties reported.

Islamic Jihad spokesman Khaled About Hait told Al Jazeera the current ceasefire was based on a clear agreement that Israel would release two high-ranking members: Khalil Awawda within the day, and Sheikh Bassem al-Saadi within two weeks.

“We have a very clear decision that without releasing Khalil Awawda and Bassem al-Saadi there will be no ceasefire agreement,” he said from Beirut, Lebanon.

“That will be a break of the agreement from the Israeli side, and the fight will be continued,” he added, accusing Israeli Prime Minister Yair Lapid of launching the attack to gain support ahead of upcoming elections.

Egypt, which mediated the agreement with support from the United Nations and Qatar, also offered a less definitive version of the deal, saying it was “exerting efforts to release” Awawda, who has been on hunger strike, and “transfer him for treatment”, while also working for the release of al-Saadi “as soon as possible”.

An Egyptian delegation was in Tel Aviv on Monday night working towards the releases.

Israeli forces launched what they described as “pre-emptive” raids on Gaza after arresting al-Saadi last week, saying the attacks were meant to prevent retaliation from the PIJ. International observers, including UN Special Rapporteur Francesca Albanez, have said the tactic undermines Israel’s regular claim of self-defence.

The fighting was the worst in Gaza since an 11-day war last year that killed at least 260 people in Gaza and 13 people in Israel. The violence left large portions of the besieged enclave demolished, with rebuilding efforts still under way during the most recent escalation.

On Monday, fuel shipments and humanitarian aid began arriving in the impoverished coastal region, after Israel reopened major crossings closed ahead of its attack. The enclave, home to more than two million Palestinians, has been subject to an Israel-imposed land, air and sea blockade since June 2007.

Meanwhile, UN Humanitarian Coordinator Lynn Hastings, who was in Gaza investigating the aftermath of the Israeli strikes, called on both sides to continue the halt in violence.

“[The] ceasefire must hold regardless of whatever deal is made so that the civilian population is able to live safely without fear and … be able to exercise their rights,” she told Al Jazeera.