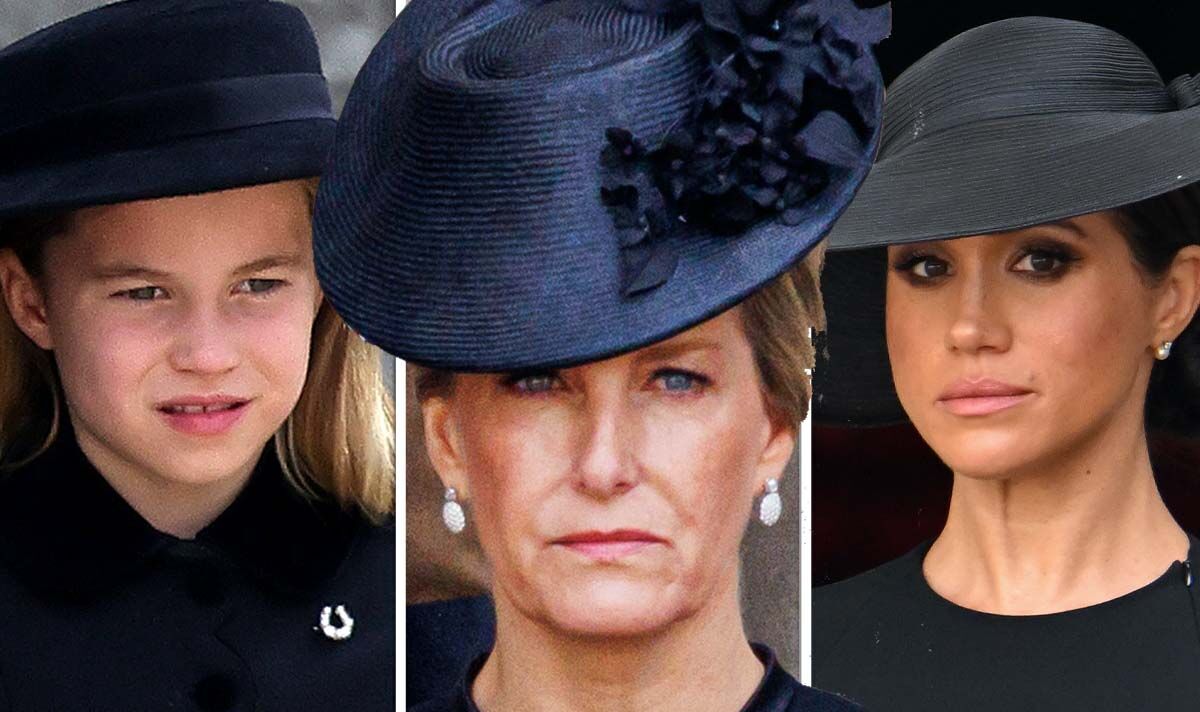 “Sophie was so — I think a peacemaker in a lot of ways. She was holding Charlotte’s hand or putting her hand on her back…Even though she was very emotional, she was dabbing her eyes a lot.”

Sophie and Meghan also travelled together in the Queen’s lying-in-state procession. They joined Kate and Camilla at Westminster Hall, standing side-by-side as the Queen’s coffin, followed by their husbands, arrived.

Royal writer Rebecca English, having been in the hall, recounted her experience, observing there was a “notable gap between Sophie and Meghan” at first, “while the three working royals bunched together”.

She said: “There was something self-consciously awkward about her [Meghan’s] posture, demonstrating the depth of the rift between herself and the rest of the Royal Family even if you happened upon them without any prior knowledge of the acrimony of the past four years. Indeed Meghan, who was holding black leather gloves, seemed so lost for something to do that at one point she rested her left hand in her pocket.”

Ms English also noted Sophie’s role as a “peacemaker”, explaining the Countess leaned over to chat with the Duchess. Describing the sweet gesture, Ms English added: “Meghan, who had travelled in a car with Sophie from Buckingham Palace earlier – while the Queen Consort and Kate, as the two most senior women now in the royal family, went ahead together – a reason to move slightly closer to her husband’s aunt.”