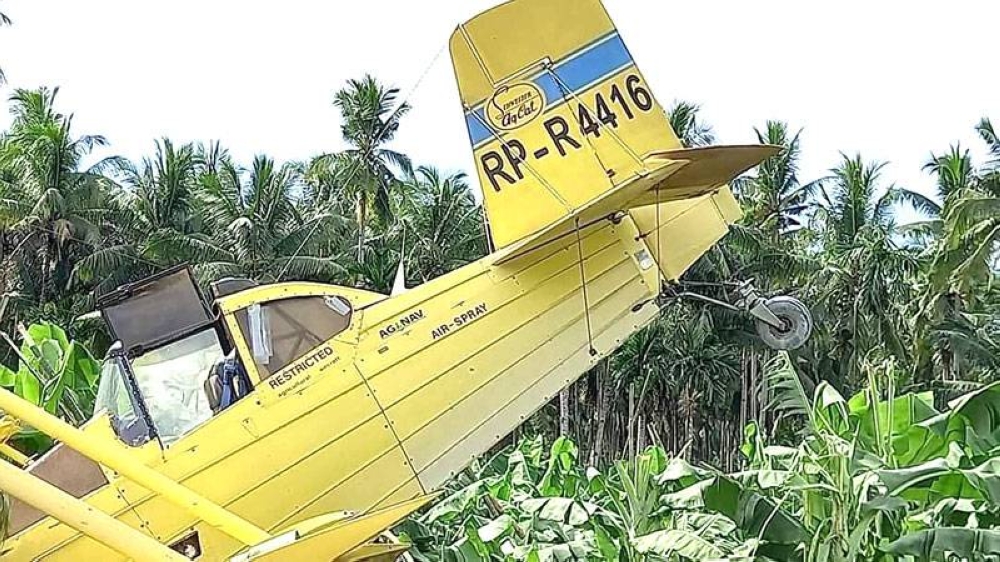 This is the second spray plane accident in Davao de Oro since September when another aircraft crashed in Mabini town.

A report from the Police Regional Office 11 identified the pilot of the aircraft with body number AGVAN RP R4416 as Capt. Rotillo Fuentez.

Engine failure was suspected in the incident.

Piloted by Lucas Ceromenes, the plane was on spray sorties over Marsman Banana plantation in Barangay Bongabong, Pantukan town, when the accident happened.

The plane was heavily damaged in the landing, but Ceromenes sustained only minor injuries.