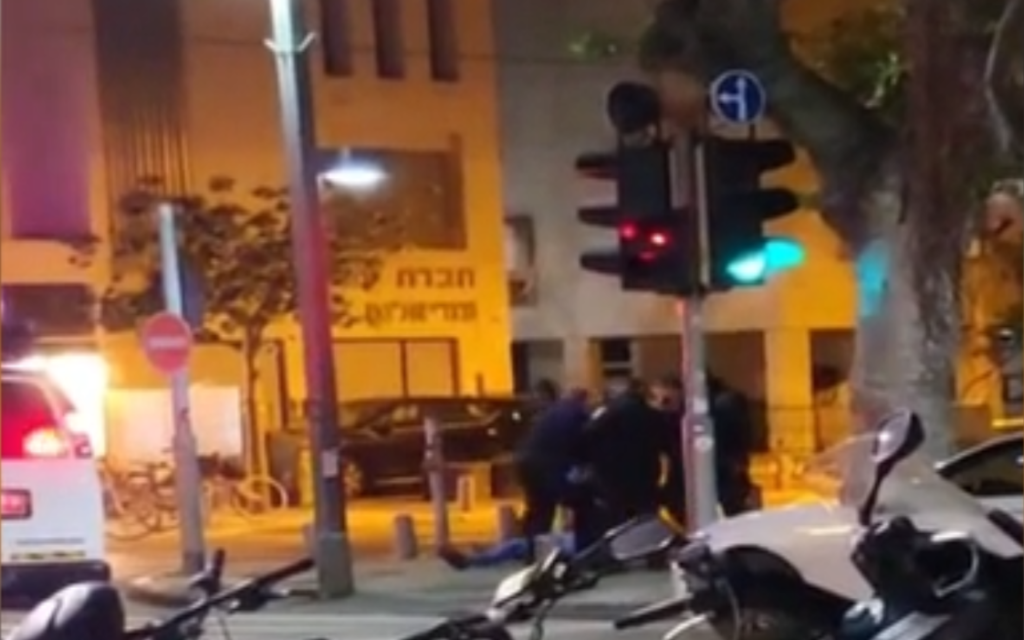 Police said Saturday that officers have arrested a 26-year-old resident of Jerusalem for a series of violent assaults in Tel Aviv over the past week.

A spokesperson for the police said on Friday that law enforcement received a report of a 55-year-old woman who was attacked in Tel Aviv by a man with whom she had no previous acquaintance.

Passersby who were at the scene assisted the woman and detained the suspect until officers arrived, police said.

Police said that investigators managed to link the suspect to three other similar assault incidents against women in Tel Aviv over the past week.

“He looked me in the eyes, grabbed me by the arm, and pulled me,” one of the alleged victims told Channel 12 news.

“A young man came up to me. He stopped and punched me hard in the left eye. I fell and he kept walking. There were some people who helped me. I was in shock, I cried and then I started running after him and taking pictures of him, but at a certain point, I stopped because I was in pain,” another alleged victim wrote in a Facebook post, according to the network.

The suspect, who was not named, is to be brought before a court on Saturday night for a remand extension, police said.

Police and social services organizations have reported a major rise in complaints related to violence against women since the start of the coronavirus pandemic.

So far in 2021, says WIZO, at least 22 women have been murdered in Israel in domestic violence cases.

In November, the government announced the allocation of NIS 155 million (approximately $50 million) for a national plan to combat violence against women.