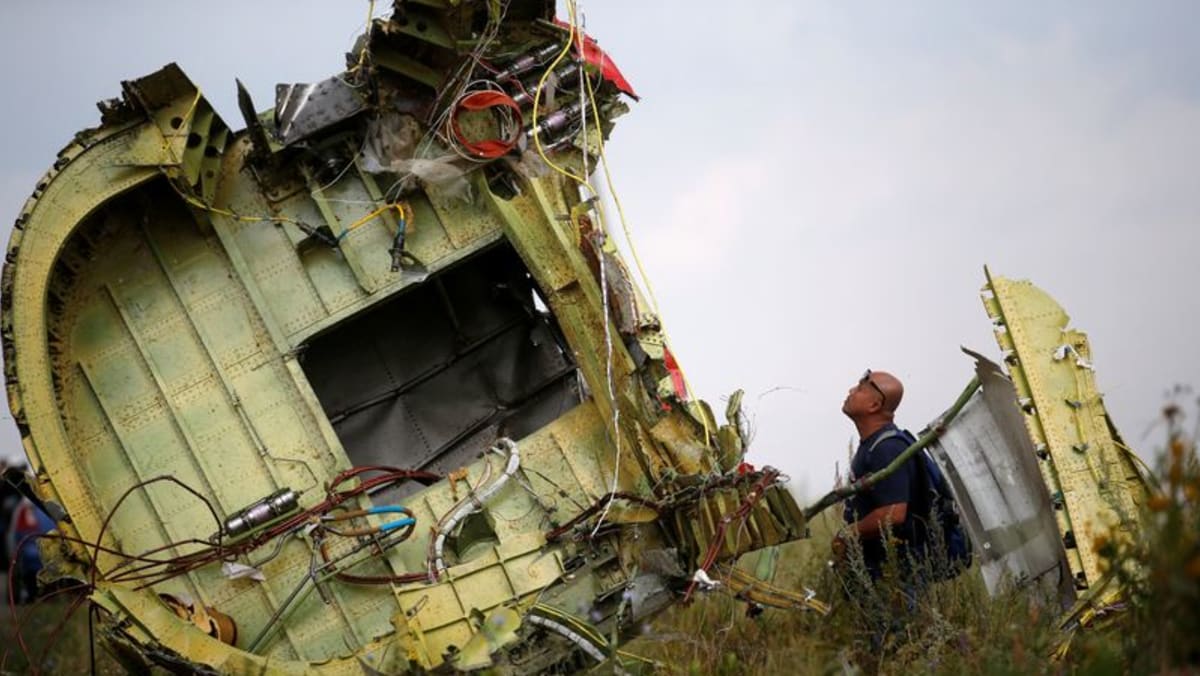 AMSTERDAM: Dutch prosecutors on Wednesday (Dec 22) demanded life sentences for three Russians and a Ukrainian charged with shooting down a passenger jet over Ukraine in 2014, killing 298 people.

They said the defendants, who are all at large, helped supply a missile system that pro-Russian separatists used to fire a rocket at Malaysia Airlines flight MH17.

“We demand that suspects (Igor) Girkin, (Sergey) Dubinsky, (Oleg) Pulatov and (Leonid) Kharchenko are convicted, each individually for the joint shooting down of an aircraft which caused death and the murder of 298 people on board, to life in prison,” prosecutor Manon Ridderbeks said.

The attack killed everyone on board, most of whom were Dutch nationals. The Dutch government holds Russia responsible. Authorities in Moscow deny involvement.

After years of collecting evidence, an international team of investigators concluded in May 2018 that the launcher used to shoot down the aircraft, which was en route from Amsterdam to Kuala Lumpur, belonged to Russia’s 53rd Anti-Aircraft Missile Brigade.

Prosecutors said on Wednesday that the evidence shows the men were linked to Russian-backed rebels in eastern Ukraine and played different but significant roles in the events that led to the downing of the jet.

Russians Pulatov, Dubinsky and Girkin and Ukrainian Kharchenko have all denied involvement either in video messages or in media interviews shown in court.