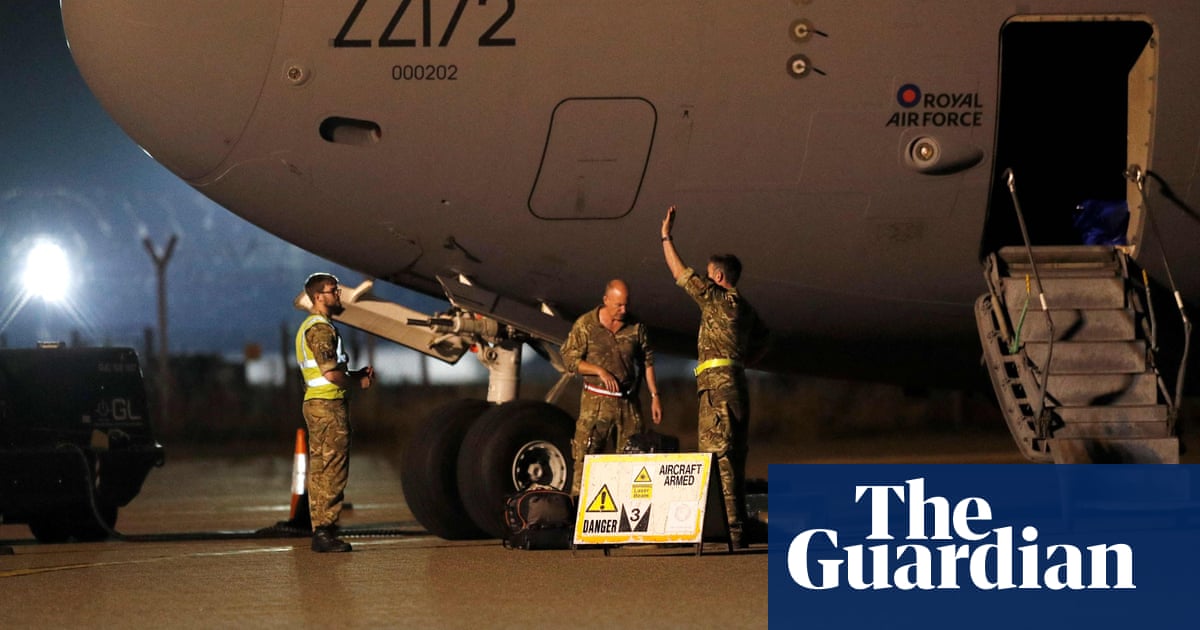 An RAF flight of Afghan translators and others who have escaped the Taliban is due to land in the UK on Friday, the largest single evacuation by Britain since the Kabul airlift ended in August.

Between 30 and 40 people are expected to land at RAF Brize Norton, having got out of Afghanistan via a route the Ministry of Defence wants to keep confidential to protect future evacuees.

It is understood that periodic evacuation flights involving military transport planes could now continue for several weeks, picking up any people eligible to come to the UK, in the latest effort to rescue people at risk.

The plans have not yet been formally announced but multiple defence sources confirmed the fresh evacuations had begun. More details are expected to emerge as the plane lands and parliament could be updated when MPs return next week.

Boris Johnson said last month that 311 Afghan translators with a right to come to the UK with their immediate families had not made it out of the country, although other figures suggest the total number of unresolved claims is far higher, at 6,800.

It is less certain how many have managed to cross the borders to neighbouring countries such as Pakistan and Uzbekistan and could yet make it to an evacuation point outside Afghanistan.

Britain has not been able to fly any people directly from Afghanistan since the chaotic airlift ended in August, although Qatar flew some Britons out last month. The UK has repeatedly lobbied the Taliban to allow people wanting to leave to have safe passage out of the country, including at a meeting in Kabul this month.

Afghan translators who helped the British during their 20 years in Afghanistan have a an open-ended right to resettle in the UK because they are at risk from reprisals from the country’s new rulers, although they have to demonstrate that they helped the UK military during that period.

Ministers have committed to allowing any other so-called special cases – civil society or government figures deemed to be at serious risk – who were “called forward or specifically authorised for evacuation” but not able to board flights, to retain their right to resettle if they can find a way to leave Afghanistan.

Their numbers, thought to include former judges, government employees and women’s rights or gay rights activists, were collected by the Foreign Office during a chaotic summer period. But ministers have never publicly revealed how many are on this list.

It is expected they will form part of the cohort of 5,000 people the UK has promised it will take in during the first year of the yet-to-be-opened Afghan citizens‘ resettlement scheme. Announced by Johnson in August, it is expected to take in 20,000 over four years.

The UK is also ready to evacuate Afghans with a claim to resettle in other allied nations, continuing a policy from during the emergency airlift in August. About 15,000 were flown out by the RAF including 5,000 Britons and 8,000 Afghans, with the rest made up of third-country nationals.