Nearly 50 years after the Yom Kippur War, a number of rare photos are being released by the National Library of Israel showing how the festival of Sukkot was celebrated during the conflict, on the tops of jeeps and military vehicles in the Sinai and the Golan Heights.

The 1973 war was named for the Day of Atonement, when battle broke out, but it extended into the week of Sukkot, which begins just a few days after Yom Kippur.

During the holiday, Jews sit — and eat and sometimes sleep — in temporary dwellings and booths called sukkot, often with a reed- or branch-strewn roof that allows dwellers to glimpse the sky above.

Given the ongoing war, the chief military rabbi at the time declared soldiers exempt from the commandment of sukkah dwelling. But it clearly held a strong emotional bond for many and they built improvised booths on jeeps and military vehicles, sometimes in enemy territory.

One newspaper reporting from deep inside Syrian territory described an improvised sukkah found on the way to the site of a critical battle at Hushniya junction, with one soldier recounting, “The guys from the armored division set up the sukkah. Yes, they managed to fulfill the mitzvah of sitting in it, before they were called to destroy the last enemy pocket.”

The photos include a number taken by the photographer Nathan Fendrich, a 39-year-old American tourist who had come to Israel to document historical and archaeological sites. 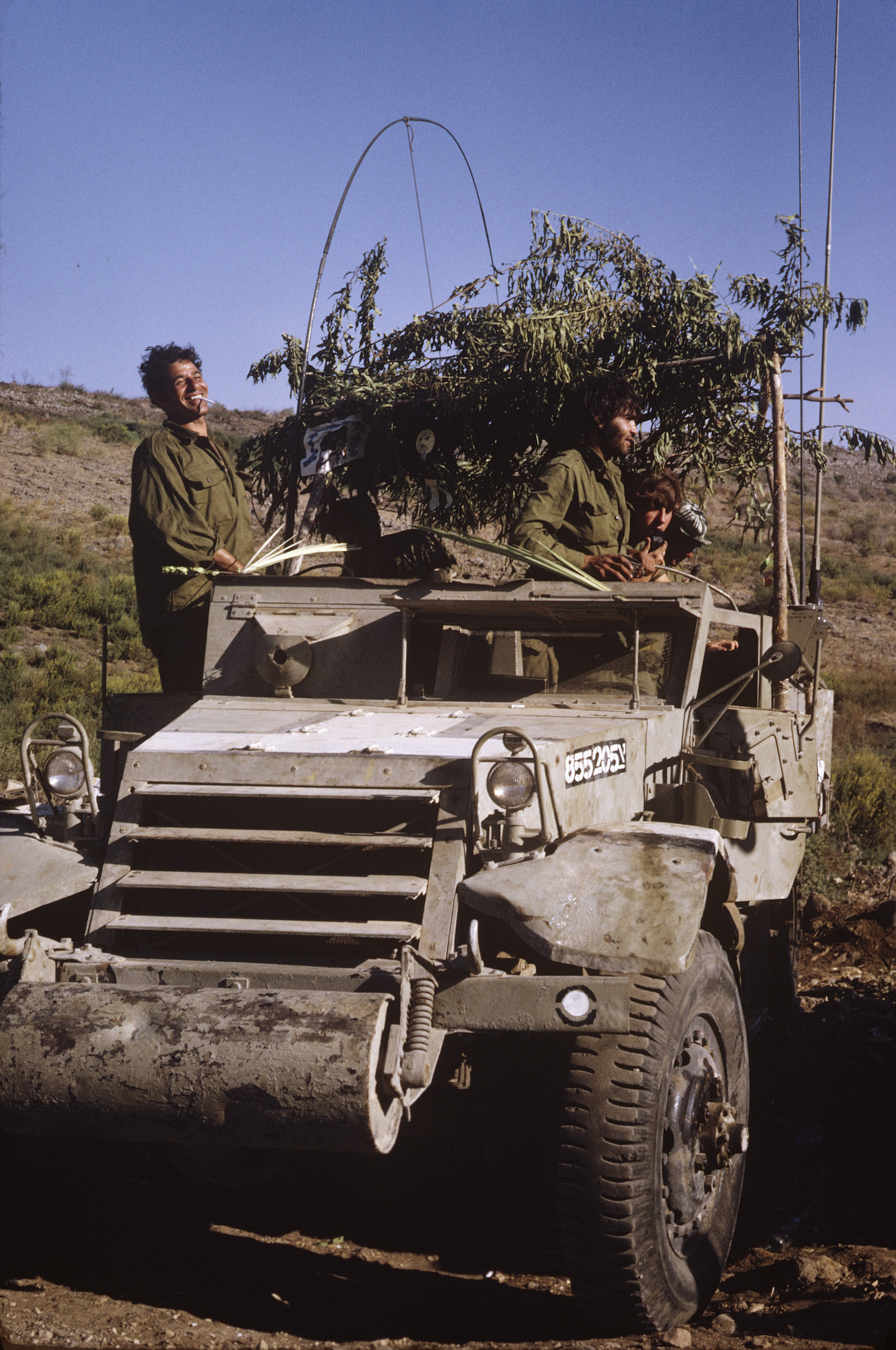 Fendrich got stuck in Israel at the outbreak of the war, and decided to travel between the various fronts, armed with his camera.

He recently donated his collection to the National Library of Israel in Jerusalem.

All of the photos are part of the Pritzker Family National Photography Collection at the National Library, offering a visual record of Ottoman and Mandatory Palestine and Israeli society and culture from the mid-19th century to the present.