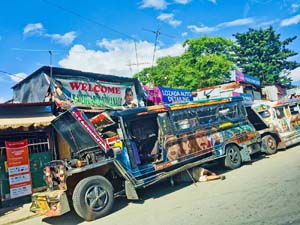 SEN. Sherwin T. Gatchalian pressed the Duterte administration on Thursday to revive the government’s fuel subsidy under the Pantawid Pasada program in the wake of the latest rounds of oil price increases to “provide relief” to the public transport sector and cushion the impact of high fuel prices on commuters and consumers.

“Our appeal to the government is to protect both drivers and passengers,” the senator said, suggesting that this is where the program comes in with government absorbing the impact of adjustments on gasoline and diesel prices.

As chairman of the Senate’s energy committee, Gatchalian is banking on the Department of Energy (DOE) to closely monitor compliance of oil companies on their inventory requirements to “ensure adequate supply and help mitigate further price increases in the coming months.”

Noting the latest global oil supply and price movements, the senator promptly raised an alert as the country’s oil companies jacked up pump prices for the seventh consecutive week, going up to as much as P1.50 per liter for diesel, P1.45 per liter for kerosene and P1.30 per liter for gasoline imposed by Chevron Philippines Inc., PTT Philippines, Seaoil Philippines, PetroGazz, Unioil Petroleum Philippines, and Cleanfuel effective last Tuesday, October 12, 2021.

In order to cover for the three-month subsidy of at least 178,244 valid franchise holders of public utility jeepneys (PUJ) nationwide, the lawmaker estimates the Duterte administration will have to set aside at least P914,160,894 million.

“It is expected that oil prices will continue to rise in the world market until the year end,” he added.