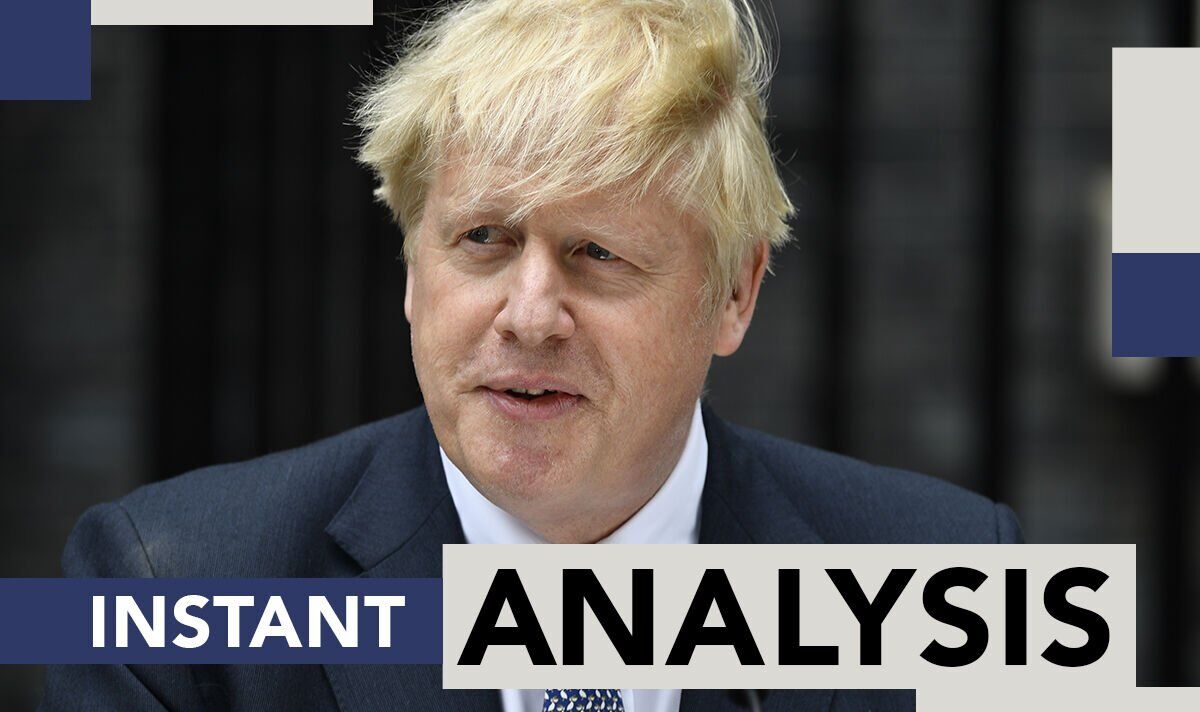 Westminster is filled with backbench MPs from all sides of the Tory party holding hushed conversations as they work out what happens next. Mr Johnson has indicated he has agreed to remain as Prime Minister until a new party leader can be elected.

That decision means the incumbent could remain in No10 until as late as October.

This has sparked horror among the ranks of the Tory party at the damage Mr Johnson could do if he doesn’t go immediately.

They fear he will further tarnish the party’s reputation among the voters, making the task of winning back the trust of voters even harder.

While plenty of MPs all admit the current situation is unsustainable, there are seven who have openly called for an immediate change.

Former minister George Freeman said he should “hand in the seals of office, apologise to Her Majesty, allow her to appoint a caretaker under whom ministers can serve, so the Conservative Party can choose a new leader properly”.

“Government cannot function without ministers in place and I expect the Deputy Prime Minister to take over imminently whilst a leadership election takes place.”

Meanwhile, Aaron Bell said it would “not be tenable” for the PM to continue as a caretaker, with ex-vice chairman of the Conservative party, Bim Afolami, in agreement.

Scottish Conservative leader and Moray MP Douglas Ross said “the best option would be for an interim Prime Minister to take over” saying that “the events of the last 36 to 48 hours, it would be very difficult for the Prime Minister to continue”.

Even Jonathan Gullis, one of Mr Johnson’s most avid supporters who quit as a junior Government member in great distress yesterday, reluctantly believes a new MP should take the helm while a permanent leader is chosen.

He said: “My personal preference would have been, because of especially the last 24 hours and the scenes we’ve seen since then, that Boris would have gone entirely and we would have installed Dominic Raab as an interim Prime Minister, then with the interim Cabinet, until we had a new leader.”

Andrew Bridgen, a notorious critic of Mr Johnson, went even further. Not holding back, he accused him of being ill, adding: “I think it would be ideal due to the pressure of the past few weeks and few months if Boris Johnson said he was too unwell to carry on in his role and stand down.”

But those looking to force the Prime Minister out immediately have a problem: they cannot technically force him to resign as Prime Minister.

The role is appointed by the Queen and only she has the right to appoint and sack the leader of the Government.

It’s already been made clear from the events of the past few days that Mr Johnson will not give up his last few months in office easily.

Possibly the only way to do it will be next Monday at the 1922 executive committee elections.

If a slate of MPs was still elected promising to change the no confidence vote rules – as planned before Mr Johnson’s speech from Downing Street today – they could in theory hold a new vote on Mr Johnson on Tuesday.

Lose that and he would instantly stop being leader of the Conservatives and be obliged to ask the Queen to appoint a new Prime Minister.

It sounds like an unlikely strategy – because it is – but it may be the only one left available to those trying to oust Mr Johnson.