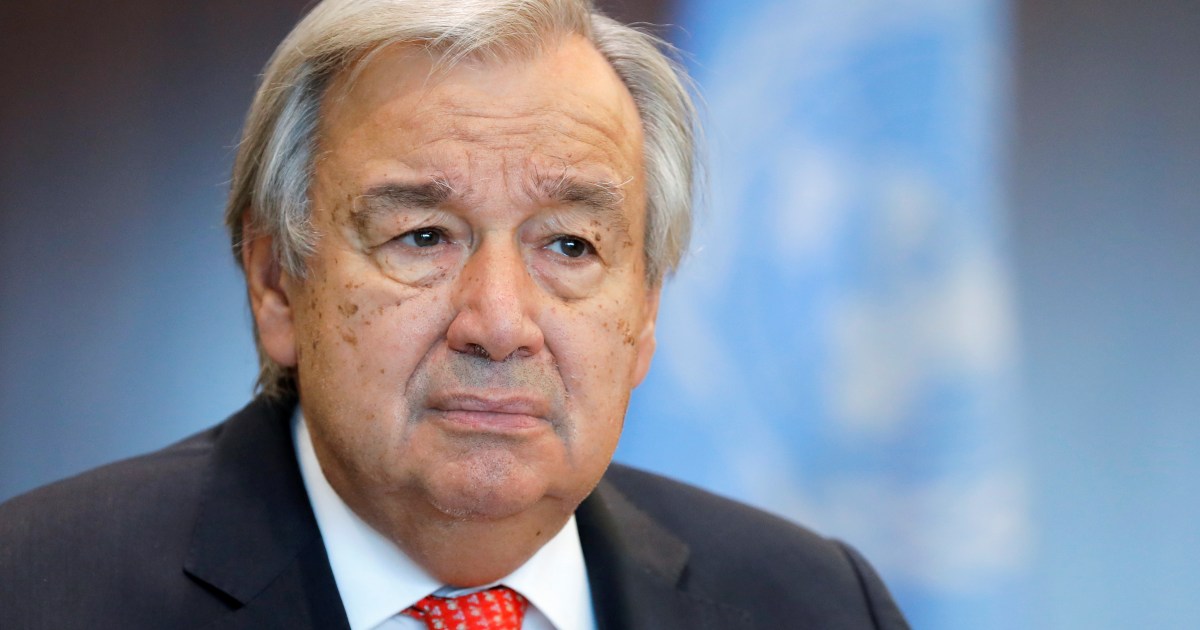 Antonio Guterres pleads with US, World Bank to unfreeze Afghanistan’s funds to avert an economic and social collapse.

The United Nations chief has warned that millions of Afghans are on the “verge of death”, urging the international community to fund the UN’s $5bn humanitarian appeal, release Afghanistan’s frozen assets and jump-start its banking system to avert economic and social collapse.

Secretary-General Antonio Guterres told reporters on Thursday that “freezing temperatures and frozen assets are a lethal combination for the people of Afghanistan,” and “rules and conditions that prevent money from being used to save lives and the economy must be suspended in this emergency situation.”

Afghanistan’s aid-dependent economy was already stumbling when the Taliban seized power in mid-August amid the chaotic departure of US and NATO troops after 20 years.

The international community froze Afghanistan’s assets abroad and halted economic support, unwilling to work with the Taliban, given their reputation for brutality during their 1996-2001 rule and refusal to educate girls and allow women to work.

The UN has said 8.7 million Afghans are on the brink of starvation and Guterres said it was critical to rapidly inject liquidity into the Afghan economy “and avoid a meltdown that would lead to poverty, hunger and destitution for millions”.

It’s “absolutely essential” to avoid a breakdown, he stressed, “because with the present situation you have Afghans on the verge of death.”

The secretary-general said the US has “a very important role to play because most of the financial system in the world operates in dollars” and the US has frozen $7bn in Afghan foreign reserves, mainly held in the US.

UN humanitarian chief Martin Griffiths and Peter Maurer, president of the International Committee of the Red Cross, are scheduled to hold a virtual meeting Friday with US Secretary of State Antony Blinken.

Guterres said one reason for the meeting is to try and create “mechanisms that allow for an effective injection of funds into the Afghan economy and, at the same time, create the conditions for the financial system in Afghanistan to be able to operate in the local currency”.

The UN chief said international funding should be allowed to pay the salaries of doctors, sanitation workers, electrical engineers and other civil servants, as well as help Afghan institutions deliver healthcare, education and other key services.

Last month, the World Bank transferred $280m from a reconstruction trust fund it administers for Afghanistan to the UN children’s agency, UNICEF, and the World Food Program for their operations in the country, Guterres said.

“I hope the remaining resources – more than $1.2bn – will become available to help Afghanistan’s people survive the winter,” he said.

While appealing to the international community to support the Afghan people, Guterres said he was making an equally urgent appeal to Taliban leaders “to recognise and protect the fundamental human rights, and in particular the rights of women and girls”, and to build government institutions in which all Afghans feel represented.

“Across Afghanistan, women and girls are missing from offices and classrooms,” Guterres said. “No country can thrive while denying the rights of half of its population.”