A United Nations body has determined that the lengthy detention of a Jewish New York human rights lawyer who has been fighting the oil giant Chevron for 28 years over oil pollution in Ecuador “lacks legal basis and is therefore arbitrary.”

Harvard-trained Steven Donziger has been under house arrest in his Upper West Side New York apartment since August 6, 2019. His passport has been confiscated, he has to wear a GPS tracking ankle bracelet, his bank account has been frozen and he has been disbarred. He has been ordered to pay Chevron $800,000 in costs, which he is appealing.

On Friday, he is due to be sentenced in a New York court, having been convicted of criminal contempt. The six charges include his failure to hand his laptop and phone over to a forensic expert, for ultimate review by Chevron, on the basis that this would violate client-lawyer confidentiality.

Donziger denies all charges against him.

In a report released this month, the Working Group on Arbitrary Detention, established by the UN Commission on Human Rights, found a “staggering display of lack of objectivity and impartiality” on the part of Judge Lewis Kaplan of the US District Court for the Southern District of New York, who has handled much of the US part of Donziger’s case.

“The charges against and detention of Mr. Donziger appear to be retaliation for his work as a legal representative of indigenous communities,” it states.

BREAKING: In a huge victory, the U.N. has ruled that my 786-day house arrest violates international law — including my right to a fair trial, right to a fair judge, and right to be free from arbitrary detention.

The group calls on the US government to mount a “full and independent investigation” of the circumstances surrounding the “arbitrary deprivation of liberty” of Donziger and to “take appropriate measures against those responsible for the violation of his rights.”

Anna-Karin Holmlund of Amnesty International, who brought the case to the UN group, told the Times of Israel that while the working group does not have local enforcement powers, “The opinions of the Working Group are authoritative decisions from a UN expert mechanism and do carry legal weight.”

Donziger’s lawyer, Martin Garbus, said he would be using the UN report to  push for Donziger’s release from house arrest immediately after sentencing.

A spokesman for Chevron said that the company had no comment.

The saga, which has won Donziger celebrity and broad legal support, began in 1993 when he joined a team in Ecuador on a class-action suit on behalf of 30,000 Ecuadorians, many of them indigenous. The suit accused Texaco of serious environmental damage committed between 1964 and 1992 in the Ecuadorian rainforest.

Texaco became part of Chevron in 2001 and in 2003, Donziger and his associates filed a suit against the new owners — in Ecuador, at Chevron’s request.

In 2011, the Ecuadorian court fined Chevron $19 billion — later reduced to $9.4 million on appeal — in a ruling that was subsequently upheld by the supreme courts of Ecuador and Canada. 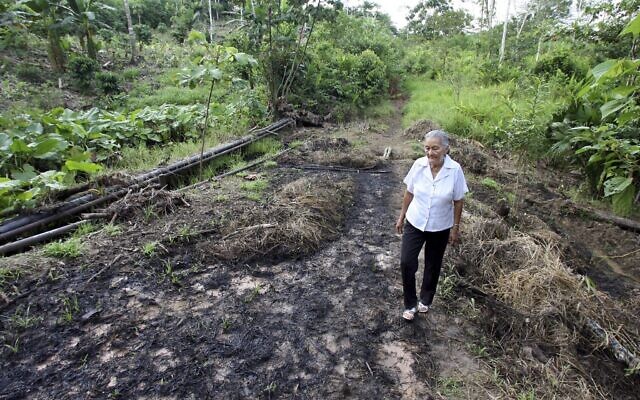 Chevron took its business out of Ecuador in 2007 and maintained that it never owned any assets in that country. It said that Texaco had spent $40 million on a cleanup during the 1990s and had signed an agreement with Ecuador in 1998 that absolved it of any further responsibility.

In 2011, the multinational company pursued its case in the US, filing a lawsuit in the US District Court for the Southern District of New York that accused Donziger and his associates of violating the Racketeer Influenced and Corrupt Organizations Act by having used fraud, bribery and corruption to win the case in Ecuador.

In 2014, in a decision still being appealed, Judge Lewis Kaplan ruled in favor of Chevron, blocked Donziger from enforcing the Ecuador judgment, and ordered him to pay $800,000 in costs. He also instructed Donziger to transfer the legal fees paid to him for prosecuting the Ecuador case and to hand over his laptop, phone, internet passwords and more.

Donziger appealed against giving up his electronic devices, citing lawyer confidentiality towards clients.

But in May 2019, Kaplan ruled that Donziger was in civil contempt for non-compliance. The judge went on to draft criminal contempt charges and referred the case to the Attorney’s Office for the Southern District of New York, but that office declined to pursue prosecution.

In a highly unusual move, Kaplan then appointed a private law firm which had previously acted for Chevron to prosecute Donziger.

In 2018, Chevron won a further victory, unrelated to Judge Kaplan, when an international tribunal, to which the Ecuadorian government had turned to force Chevron to pay up, also found that the Ecuadorian Supreme Court ruling had been obtained through fraud, bribery and corruption. 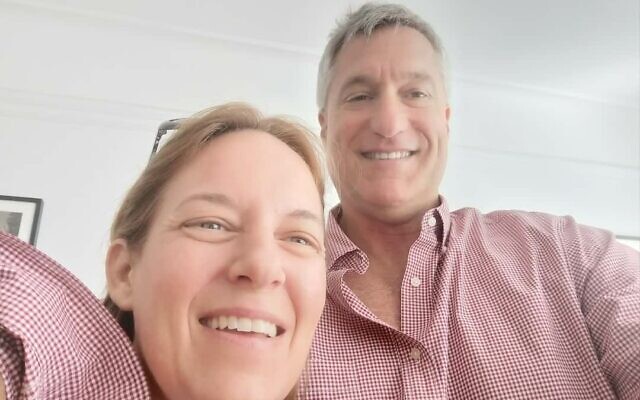 In August 2019, Judge Loretta Preska, who had been picked by Kaplan to preside over the criminal contempt case, ordered Donziger to surrender his passport, wear a GPS tracking ankle bracelet, and enter pre-trial house arrest on the grounds of being a flight risk.

In July, Preska — sitting without a jury, just as Kaplan had done — found Donziger guilty of criminal contempt on six counts.

On Friday, Donziger, who denies all the charges against him and has asked for a new trial, faces sentencing of up to six months in jail or a $5,000 fine.

IMPORTANT: I am still detained this morning and the rally is still on. We believe Judge Preska is obligated to release me but she could ignore the U.N. decision in which case we will proceed to the DOJ and the appeal.

We must continue to fight. See u tomorrow! ????❤️ https://t.co/kvHiuGUoIy

Quoting information submitted to it by Amnesty International’s Holmlund, the UN working group says that “‘Judge K’ [Kaplan] did not ‘disguise his disdain’ for Mr. Donziger and ‘suggested from the bench that the suit against Chevron was nothing more than a cynical con.’ Judge K also seemed to indicate to Chevron attorneys that he would be supportive of a racketeering lawsuit against Mr. Donziger, were the company to file one.”

The group goes on, “It is reported that, during the trial, Judge K denied the defendants the opportunity to present scientific evidence of Chevron’s alleged pollution and corrupt activities in Ecuador” and “also refused to examine or consider the evidence used by Ecuador’s courts to reach the verdict.”

Kaplan did, however, allow Chevron to present “‘secret’ and anonymous witnesses who could not be effectively crossexamined due to purported security threats,” according to the report. In addition, “Judge K allowed Chevron to present a witness who conceded that the company was paying him a monthly ‘stipend’ twenty times his former salary.” 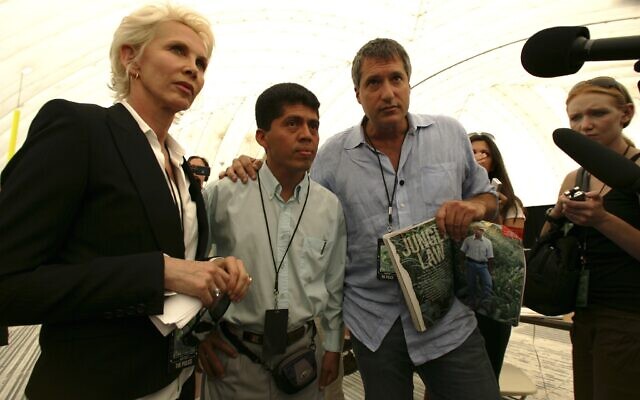 Trudie Styler, co-founder of the Rainforest Foundation and wife of singer Sting, speaks to the press along with human rights lawyers Pablo Fajardo, center, and Steven Donziger at the Live Earth concert at Giants Stadium, July 7, 2007 in East Rutherford, NJ. The concert is part of a 24-hour series spanning 7 continents to raise awareness for global warming. (AP Photo/Tim Larsen)

The working group report — completed in February before Donziger’s conviction this year, but only sent to his lawyers on Wednesday — calls for Donziger’s release, saying the lawyer “has been detained at home for over 500 days [786 as of September 30], even though the longest sentence possible if he were convicted is six months in prison, and the longest sentence actually imposed for similar charges is three months of home detention.” Furthermore, the lengthy time that it has taken to try Donziger is a violation of the Universal Declaration of Human Rights and its Covenant, the group says.

It continues, “The Working Group also notes that Mr. Donziger was denied the right to be tried by jury in a bias[ed] fashion as well, as it was Judge K who in fact drafted charges against Mr. Donziger. This is a staggering display of lack of objectivity and impartiality, and the Working Group therefore finds a further breach of Article 14 (1) of the Covenant.”

The group says it is “appalled by uncontested allegations in this case. The charges against and detention of Mr. Donziger appears to be retaliation for his work as a legal representative of indigenous communities, as he refused to disclose confidential correspondence with his clients in a very high profile case against [a] multi-national business enterprise.”

“In the present case, Mr. Donziger provided various options on how he could cooperate with the judiciary of the United States of America without violating his professional duty of confidentiality towards his clients, making explicit his concerns over the need to uphold his ethical duty as a lawyer.”

“Yet, he was arbitrarily deprived of his liberty on 6 August 2019.”

“The Working Group finds that Mr. Donziger was deprived of his liberty on discriminatory grounds, that is, due to his status as a lawyer and a human rights defender, in violation of articles 2 and 7 of the Universal Declaration of Human Rights and articles 2(1) and 26 of the Covenant.”

Donziger should be released immediately and given the right to compensation, the group says.

Last year, a  European Union committee asked a US congressional subcommittee to probe the legal case against Donziger.