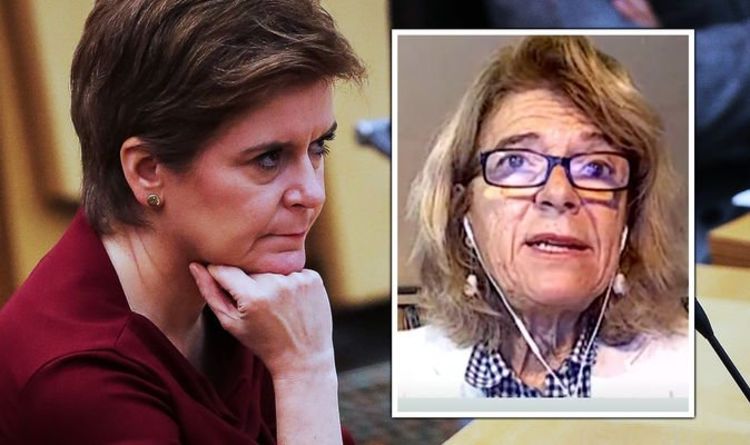 The Greek-born economist suggested Scotland would no longer benefit from the rises in the price of oil as it once would. The SNP traditionally cited oil presence in Scottish territory as one of the leading aspects of its campaign for Scottish independence from London. But Vicky Price delivered a severe blow to the strategy, telling GB News: “Long are the days Scotland benefitted from rises in oil prices necessarily.

“Now they’re very much part of the overall global picture and they’re affected like everybody else.

“But yes, in individual sectors, less affected because of the way in which their economy is structured.”

Scotland experienced less disruption to its petrol stocks as England and Wales descended into chaos last month amid concerns of a potential shortage of fuel.

Nicola Sturgeon has been warned before any reliance on Scotland’s oil fields to promote her message for independence would be weak because of the changing status of the industry.

JUST IN: Michel Barnier turns on Poland as he rages: ‘Do you want to stay in EU or not?’

Earlier this year, the Lord Provost of Aberdeen, Barney Crockett, said: “The tax take on the oil industry will definitely go down to nothing and you know that is an absolute fact.

“A lot of the argument last time round was about how we could spend the tax and the oil money.

“But there won’t be that oil money but also what level are [nationalists] going to try and raise the tax to try and pay for [independence].

“To be honest, Aberdeen’s biggest anxiety would be the second [argument].”