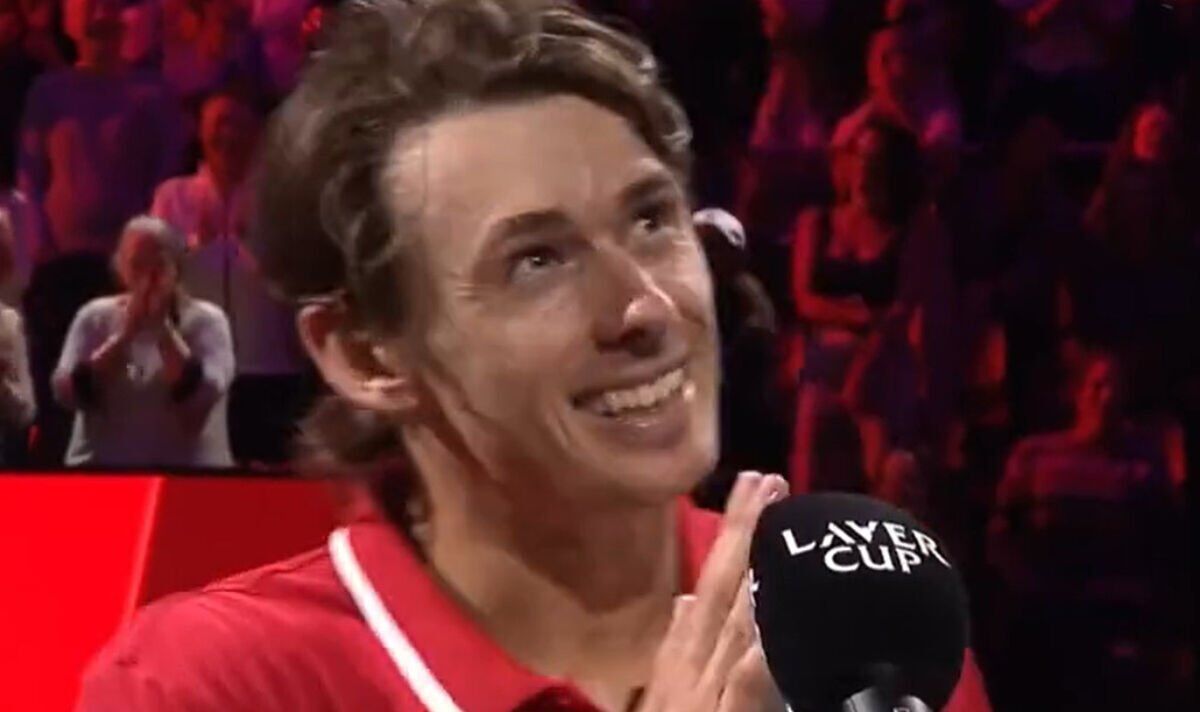 Murray struggled with cramp in the second set, as he was taken to tie-break having won the first set against the Australian.

De Minaur did not apologise for delaying Federer’s farewell however, as the Swiss took to the court alongside Nadal after 10.00pm in London.

The 41-year-old was welcomed with a raucious applause by the crowd, as he has for each match on Friday as teams lined up before Murray, Tsitsipas and Ruud’s battles against Team America.