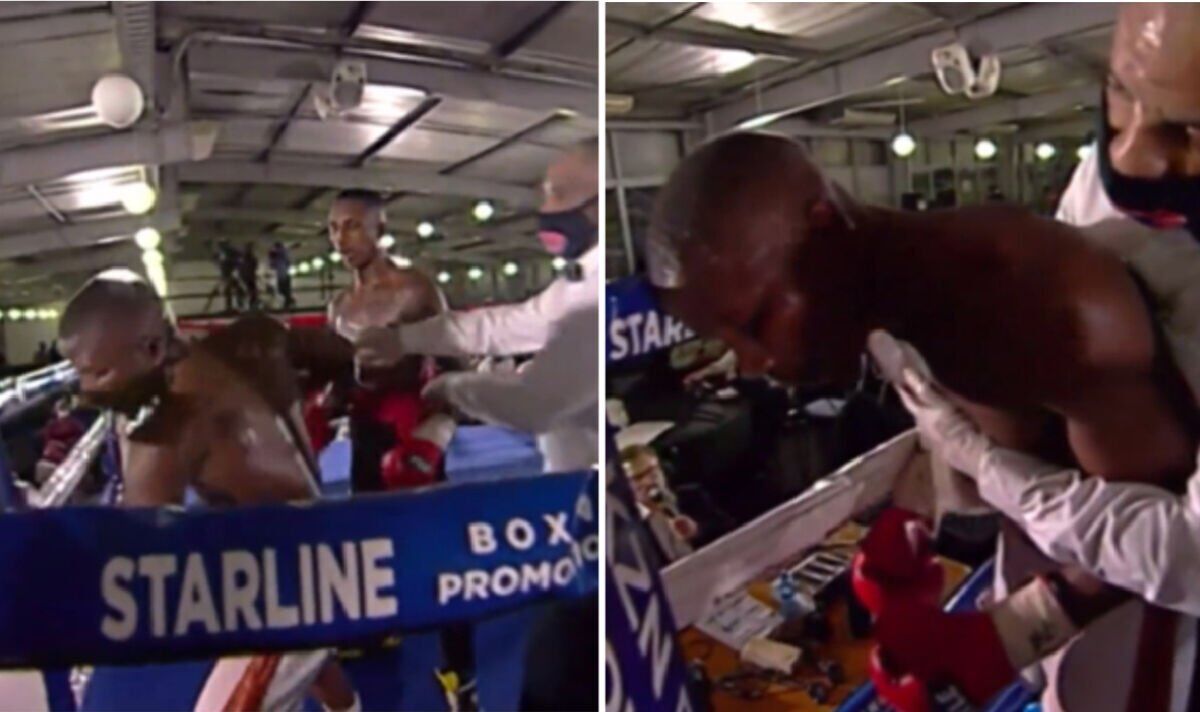 Simiso Buthelezi is reportedly fighting for his life in hospital after frightening footage of the boxer circulated online earlier this week. The South African was shown punching thin air just moments after knocking his opponent through the ropes.

The disturbing video shows Buthelezi turning towards a corner post and swinging shots at nothing as the referee restarted the action after deeming the knockdown a slip. The middleman instantly stepped in and stopped the fight as soon as Buthelezi began marching towards the corner with no one in his crosshairs. Now, reports coming out of South Africa suggest Buthelezi is fighting for his life with a brain bleed at King Edward Hospital in Durban, South Africa.

“He is not in a good health condition at all; he is critical but stable,” doctor Buyi Mabaso-Dlamini who was ringside at the fight said, per Sowetan Live. “We discovered that he bled on the brain and sadly his condition does not allow the doctors that are treating him to operate at the moment due to the condition. Another suspicion is that he may have suffered an injury before Sunday’s fight.

“It could be injuries building up over the years. His condition deteriorated when he was rushed to the hospital. But he was worse on his arrival at the hospital than when he when left Greyville [Convention Centre]. We trust in God that a miracle can still happen.”

Promoter Zandile Malinga, who is covering the medical bill said: “We would have rushed him to Edington Hospital which is the closest to Greyville Convention Centre where I staged my tournament, but it does [not] have the neurological.

“I am still in shock; we did not anticipate this. As brutal as boxing can be but this is the last thing you expect. Everything was fine; no weight issues — basically no signs of anything to look into in that direction.”