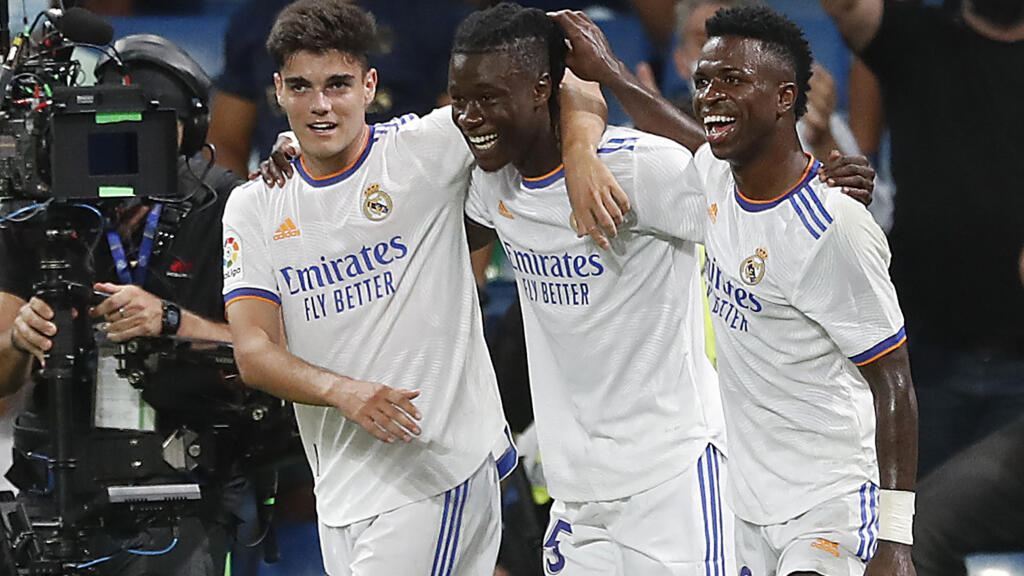 France international Karim Benzema notched up a hat trick and rising French star Eduardo Camavinga scored on his debut for Real Madrid on Sunday night as they twice came from behind to beat Celta Vigo 5-2.

Playing their first game at the newly-renovated Santiago Bernabeu, the hosts went into the pause trailing 2-1.

But within seconds of the restart, Benzema scored his second goal of the night to bring them level.

The 33-year-old striker then set up Vinicius Junior to put Madrid ahead for the first time.

Less than five minutes after coming on as a replacement for Eden Hazard, 18-year-old Camavinga slotted home Madrid’s fourth.

The 30 million euro acquisition from Rennes tapped in after Vigo goalkeeper Matias Dituro had saved Luka Modric’s shot from just outside the penalty area.

“Camavinga has many qualities and now he just has to get used to playing with his new teammates,” Madrid boss Carlo Ancelotti told Spanish TV station Movistar.

“Scoring on your debut is, of course, just fantastic.”

Benzema rounded off the comeback from the penalty spot three minutes from time.

“I feel good, I’ve got the support of the coach, the president, the players and the crowd,” Benzema said.

“It’s a special night for us with the fans here and the atmosphere. It was a little strange to be playing in front of fans again but they got right behind us.

“We need their support and they gave us everything.”

Real started refurbishing their stadium to add a retractable roof just before onslaught of the coronavirus pandemic. They played the whole of last season at the Alfredo Di Stefano ground at their training complex.