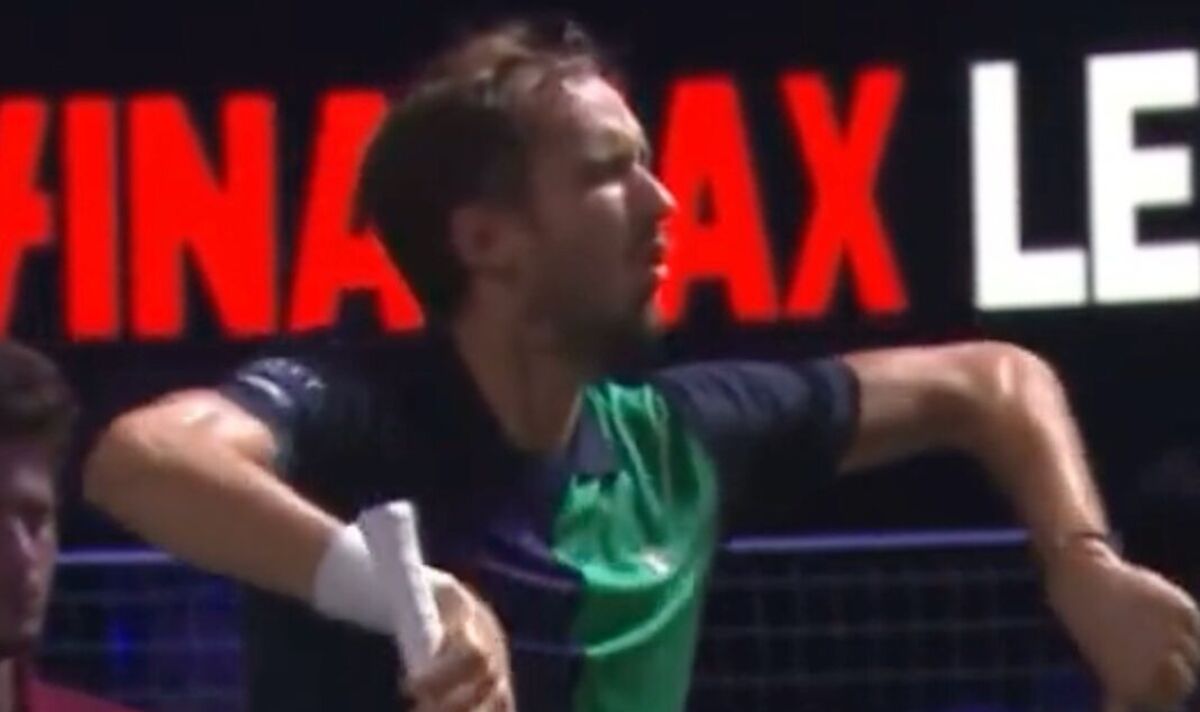 A number of the spectators were clearly not impressed with his conduct, and proceeded to jeer and whistle. This clearly further wound up Medvedev, however, who turned to the crowd and appeared to make a monkey gesture before pretending to clean his armpits.

After repeating this gesture a few times, Medvedev then proceeded to point his finger to his head, as if to indicate that the members of the crowd were crazy. Eventually the umpire was able to get the match back underway, and Wawrinka went on to win 6-4, 6-7, 6-3 to proceed to the quarter-finals of the hard court tournament.

The commentator on Tennis TV said of the incident in question as it played out: “It’s simmering here. He (Medvedev) really has to be careful. I think afterwards there will be things said about that and perhaps done about that.”

Fans on social media did not seem to have much sympathy towards Medvedev, with a number slamming his antics. One user wrote: “Ever since that fatalistic press conference where he said ‘the dream is gone’ i felt a decline was coming. Dude needs to pull it together.”

Another added: “Med really needs to control that crazy temper. Channel it into your game.” And another supporter said: “So nasty and uncultured. Who does that?”

Medvedev has recently lost his No.1 ranking following a difficult year in which he has struggled to find his very best form. Speaking about being usurped at the top recently, though, he did not seem overly bothered.

“To be honest, I didn’t feel much when I lost the No. 1 spot,” he said. “The ranking is the consequence of your results and if we take the American summer, for example, I did not take enough points to stay No. 1, or even No. 2 or 3.

“Whereas Casper, Carlos, Rafa, [Nadal] of course, with the two Grand Slams he won at the start of the year, they took a lot more points. So, it’s just logical. I have no feelings about it, no reason to cry. I can only tell myself that I have to do better if I want to find this place in the future.”