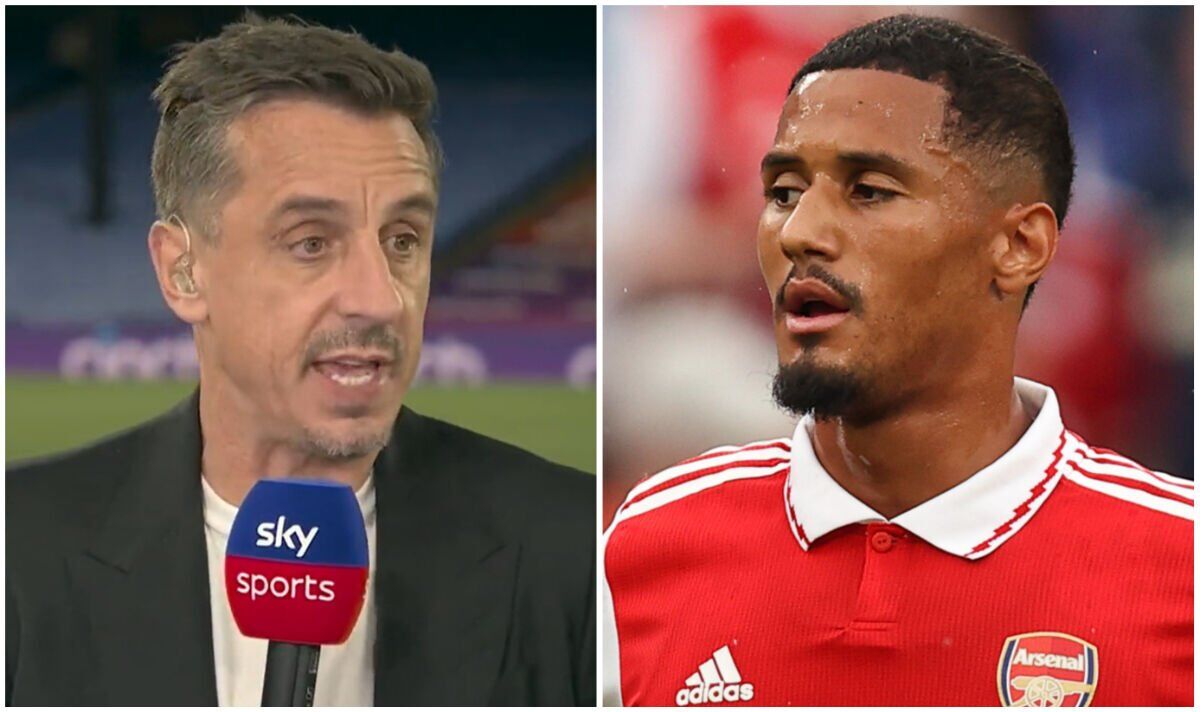 Manchester United icon Gary Neville has likened Arsenal defender William Saliba to Rio Ferdinand after the Frenchman’s man-of-the-match performance in the Gunners’ 2-0 win away to Crystal Palace on the opening day of the season. The defender impressed as his side came under pressure in the second half, but shone on his Premier League debut.

“The most important thing for young players is to play football,” Neville told Sky Sports. “They get stuck in between first-team and reserves, he’s got football inside him. Look, I was massively impressed by him. He reminded me of a young Rio Ferdinand and he will become stronger and his body will become more coordinated, he’s such a young centre-back.

“Crystal Palace away is a tough game, they throw everything at you, they drive at you all the time, that’s a big night for him. The clean sheet coming through that second half when they wasn’t at their best was the most enjoyable thing for Mikel Arteta.”

Jamie Carragher agreed with Neville and was also impressed by the French defender. “I thought he was very good,” the Liverpool icon added. “He didn’t have too much to do in terms of the first half but there was one moment where Arsenal were pushing out a lot, [Joachim] Anderson kept putting balls over the top but there was one ball that went in behind Ben White but the way he dealt with it.

Saliba was named as Sky’s man-of-the-match and admitted he was happy with his own performance at Selhurst Park. “Very happy to win today,” Saliba told Sky Sports. “We concede some chances but we were strong and solid. It is like this it is the first game, we knew it would be hard here. We stayed compact and it’s good for the debut.

“[I have had a] long time waiting for this moment, I’m so happy to start my first game with a win and a clean sheet. It helped me spending two years on loan in France because I’m young and need to play. But I’m back and I hope we make a good season.

“It’s never easy, we have to give the maximum of ourself and it’s good. It’s the first game, it’s important to win for the confidence. We start well this season.”

To watch Arsenal’s All or Nothing documentary for free, sign up for a 30-day Amazon Prime trial here