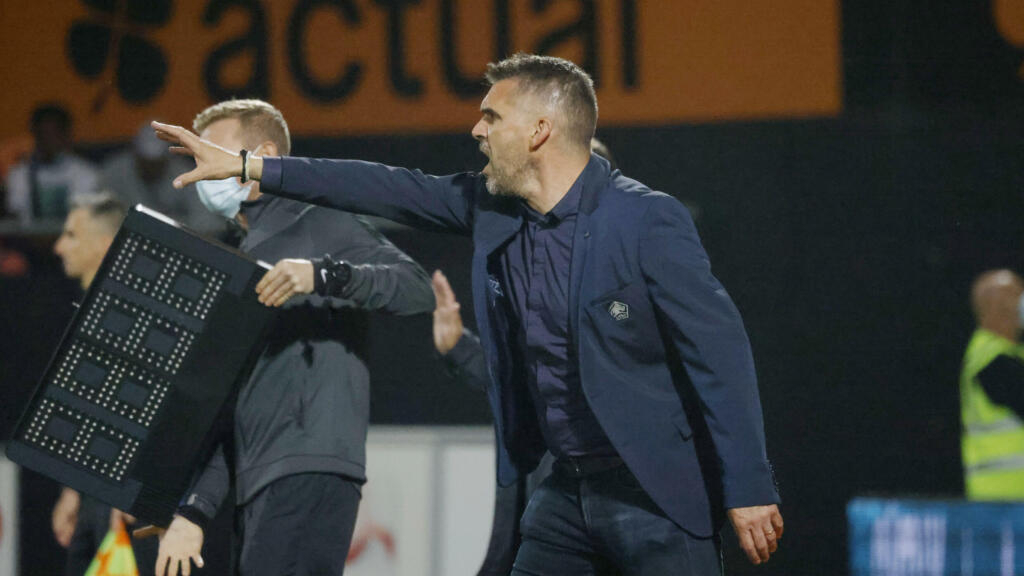 Lille coach Jocelyn Gourvennec called on his players to forget their disappointing start to the defence of their Ligue 1 title and raise their levels for their Champions League match on Tuesday night against the Bundesliga leaders Wolfsburg.

Lille have taken five points from their first games while Paris Saint-Germain – the team they pipped to the 2021 crown – boast a 100 percent record.

“We’re capable of doing great things,” said Gourvennec ahead of the clash at the Stade Pierre Mauroy.

“It’s a boost to play in the Champions League. It’s not a burden. You have to accept the challenge.”

Despite the setback of finishing second, PSG’s Qatari owners kept faith with boss Mauricio Pochettino and have drafted in some of the cream of world football in the shape of Lionel Messi, Sergio Ramos, Gigi Donnarumma, Achraf Hakimi and the Netherlands skipper Georginio Wijnaldum.

PSG, who play their first Champions League match in Bruges on Wednesday, have won all five of their games in the 2021/2022 Ligue 1 campaign to top the division while Lille are 12th.

Lille go into Tuesday night’s game in Group G on the back of a 2-1 defeat to Lorient. Wolfsburg warmed up for their European encounter with a 2-0 victory at Greuther Fuerth.

“Wolfsburg are very well organised,” added Gourvennec. “They finished fourth last season and have had a great start to the new season.

“They are well balanced and have not changed too much since last season. It’s up to us to be solid and improve because the Champions League is a much higher level than domestic championships.”

Lille have only reached the knockout stages once in their seven appearances in the Champions League.

Gourvennec, who took over from Christophe Galtier in the summer, conceded his side’s league form did not put them among the favourites to emerge from a group containing Sevilla and Salzburg.

“The Champions League is something different,” he said. “It’s a mini championship of six matches and we need to be ready for the first match.

“It is a big game and we will have to be prepared to concentrate throughout the match.”

Elsewhere in European club football’s most prestigious competition, Chelsea launch the defence of their crown at home to Zenit St Petersburg in Group H.