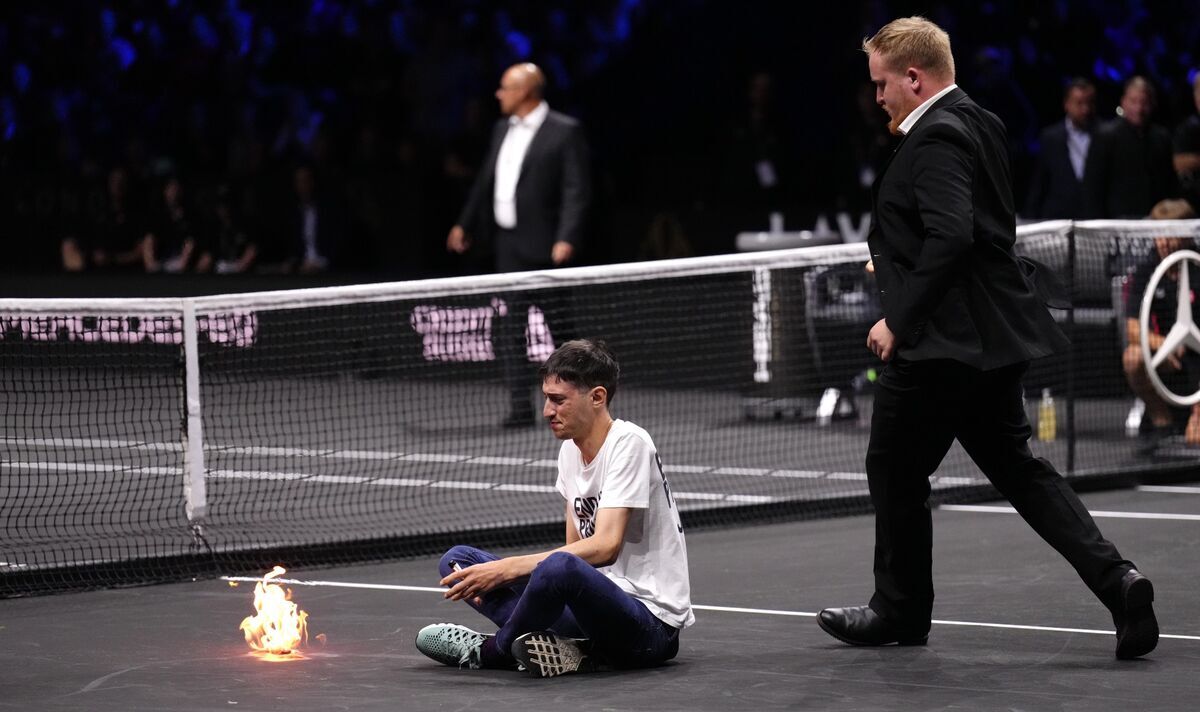 Play was briefly halted in the second-day session match at the Laver Cup on Friday when a protester set fire to the court and ignited flames on his own arm in the process. He could be seen screaming and patting the flames off himself before security ran onto the court, put out the fire and carried him away.

The Laver Cup has now released a statement on the incident, confirming that police had gotten involved. “A man accessed the court this afternoon and was promptly removed by security,” the statement read. “Play was stopped briefly, he has been arrested and the situation is being handled by the police.”

The Met Police issued their own statement, saying: “At around 1625hrs on Friday, 23 September, a man entered a tennis court at the O2 Arena and set fire to his arm. Security staff extinguished the fire. The man was arrested on suspicion of aggravated trespass. He has been taken to hospital as a precaution; his injuries are not believed to be life-threatening of life-changing.”

He continued: “I have no idea what this all about, I’ve never had an incident like this happen on court so I hope he’s alright.” The world No 6 also explained why he had asked the umpire about the condition of the court after the incident, which prompted court attendants to pour water on the affected surface and wipe it down.

“I wanted to proceed that match without having any minor changes to the court and I wanted to make sure it’s playable, especially in that area,” he said.

“And it also got in my way in my viewing experience of the court, the way I saw the court later there was a big mark over there and I wanted it to be cleaned up before I proceeded the way I did there.”