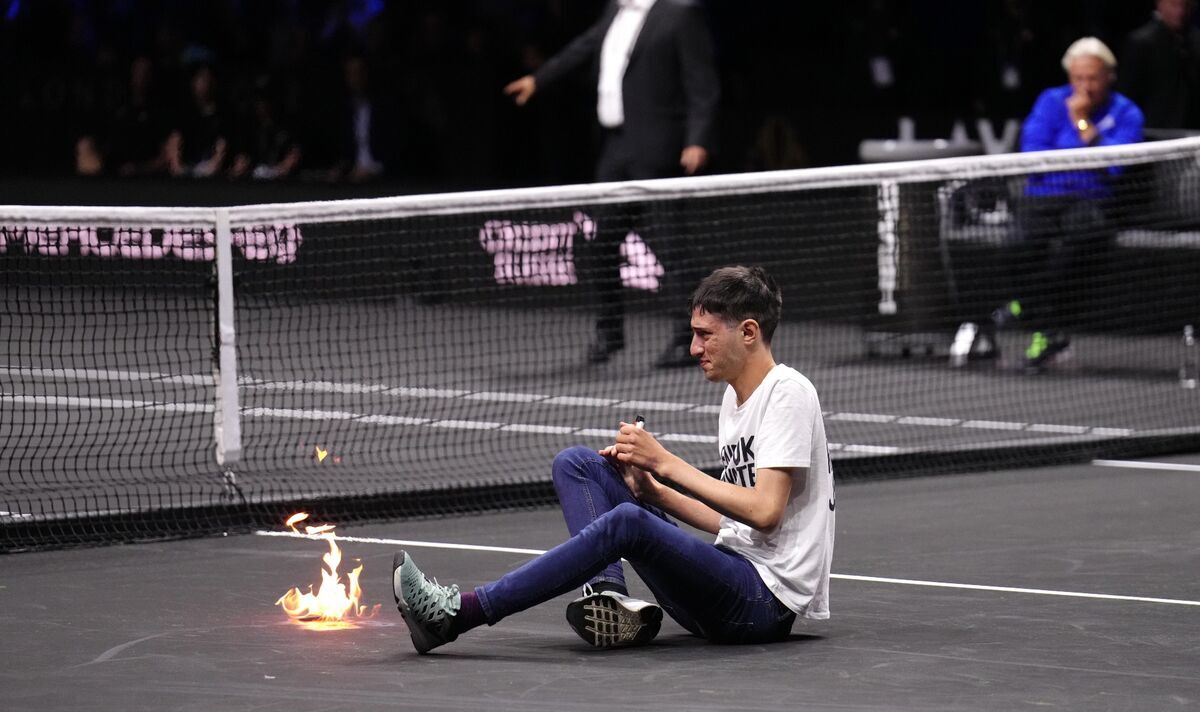 Stefanos Tsitsipas has sent a message to the protester who interrupted his match with Diego Schwartzman and hopes he is OK. A man set fire to the court and got his own arm caught in the flames before security removed him, leaving the O2 Arena crowd in shock.

Tsitsipas had just won the first set against Team World’s Schwartzman 6-2 when a protester took to the court during the changeover in between sets. The man set fire to both the court and his own arm, and could be seen screaming as he patted the flames off himself having appeared to accidentally set himself alight.

Security quickly intervened, with one staff member removing his blazer and using it to stamp out the flame on the Laver Cup’s iconic black court before several security guards carried the protester off the court. Tsitsipas could be seen asking the umpire about the condition of the court afterwards, and the Greek star has now addressed the incident for the first time.

Speaking in his post-match press conference after winning 6-2 6-1, Tsitsipas said: “I mean it came out of nowhere. I have no idea what this all about, I’ve never had an incident like this happen on court.” And he shared his concern for the protester as he sent him a message, adding: “So I hope he’s alright.”

Tsitsipas seemed unbothered by the disruption however, as he dropped just one more game after the protester took to the court and gave Team Europe a 2-0 lead following Casper Ruud’s victory over Jack Sock in the opening match.

“We’re very competitive on the court against each other but once it gets to Laver Cup we’re a very strong union,” Tsitsipas said of Team Europe in his on-court interview.

“We come together, share ideas, exchange tactics. We’re such a great team which definitely helps, it’s shown in the past with results we’ve been able to produce.”