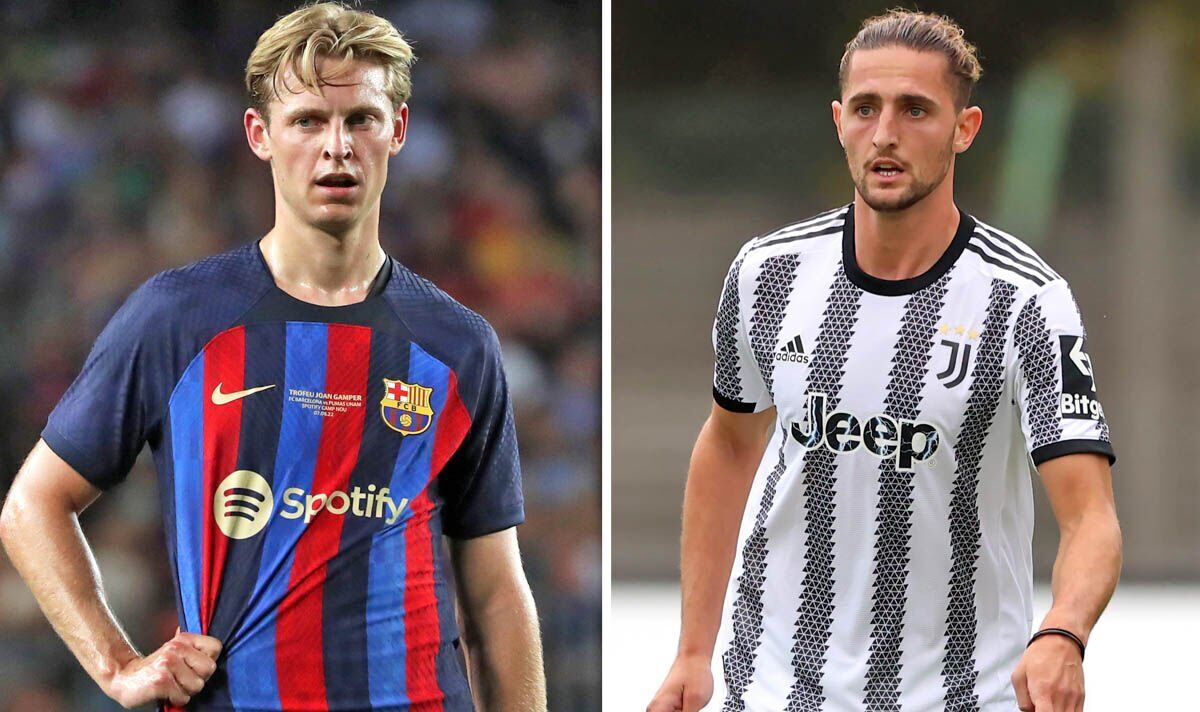 Manchester United’s pursuit of Adrien Rabiot is separate to their interest in Frenkie de Jong, Express Sport understands. Both players are targets for Erik ten Hag as he looks to turn the club around. However, as shown by Sunday’s 2-1 defeat to Brighton, there’s no quick fix.

And it emerged on Monday they were also pursuing a deal for Juventus star Rabiot, who has just a year left on his contract over at the Allianz Stadium.

The France international is one of a number of players on United’s radar as they seek late reinforcements, with Marko Arnautovic also being eyed to deputise for Cristiano Ronaldo up top.

And Express Sport understands United’s pursuit of Rabiot is separate to their interest in De Jong.

The Barcelona star has been Ten Hag’s top target throughout the summer transfer window.

But they know it’ll be a hammer blow if they fail to sign De Jong, especially given how much they’ve put into a deal for the player.

Rabiot would be a good acquisition for United, perhaps representing an upgrade the much-maligned duo of Scott McTominay and Fred.

And he could become the club’s third signing from Juventus in the years since Sir Alex Ferguson retired in 2013.

In 2016, the Red Devils forked out a massive £89m in order to bring Paul Pogba back – having seen the France international quit for free four years previously.

And, just a year ago, they brought Cristiano Ronaldo back in blockbuster circumstances when Ole Gunnar Solskjaer was manager.

United would ideally sign a new right-back and forward before the transfer window slams shut.

But given how slow their business has been this summer, it’s not unfeasible they’ll end the window without anybody arriving in those areas.

And he expressed a belief the Red Devils are only still in the hunt because of Ten Hag and the fact he’s managed the Barcelona star before.

“Look if the manager has a relationship with the player, you’d have thought United would have abandoned that deal ages ago,” he said.

“If Ten Hag trusts, knows, looks…they’d have surely aborted that mission weeks ago.

“You’ve got to read between the lines a little bit and think he must be getting told something that we’re not.

“If he’s said ‘no I’m not coming I want to stay at Barcelona’ or ‘I want to go to London to play in the Champions League’, surely at that point United would have said ‘we’re out of the race for Frenkie de Jong.

“That they’re still in it, there must be something there.”